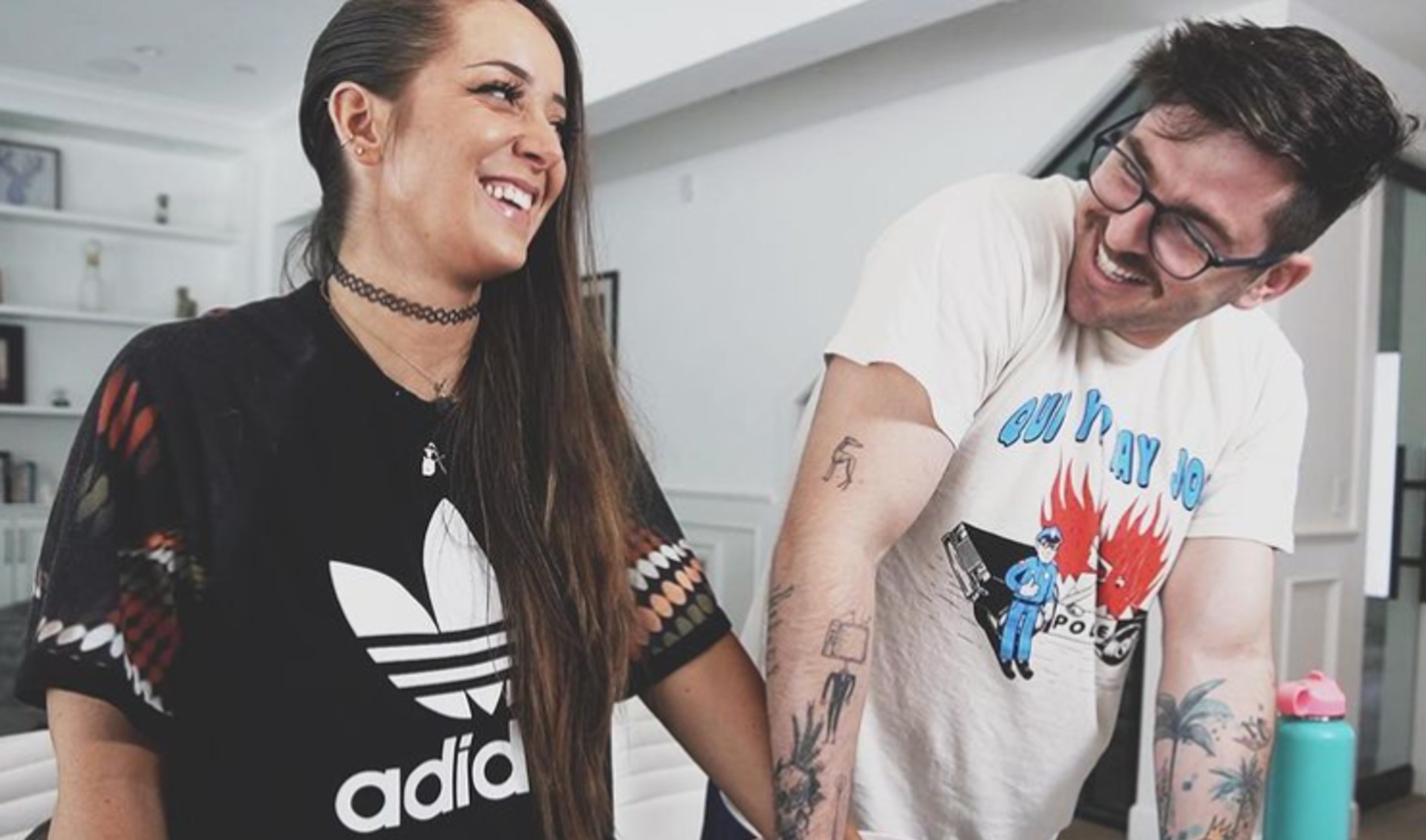 On January 2, 2023, the home of retired influencer Jenna Mourey, known professionally as Jenna Marbles, and her husband Julien Solomita was broken into. Solomita took to his social media to inform their fans of the incident.

According to Solomita, “a woman, that we don’t know, entered our home unannounced.” Upon encountering the woman entering through the back door, Solomita sprayed her with pepper spray and proceeded to lock her out of the house, before calling the authorities.

“I called the police and she was apprehended and arrested,” he stated.

Following the news, Solomita informed the public that he, Mourey, and their dogs were all safe, and that neither of the couple knew the woman. However, they were clearly no strangers to the unknown trespasser.

“While this person is a complete stranger to me,” Solomita said, “they have been harassing me at my home throughout the last two months.” He continued on to inform the public that he is doing his best to keep off the internet for now, for reasons regarding the couple’s safety. Solomita’s statement was allegedly prompted by a news outlet, who planned to come public with the story before Solomita and his family spoke on the incident.

Jenna Mourey has done her best to stay out of the spotlight since her break from social media in 2020, during the global pandemic. She began by announcing her leave from YouTube in a now-deleted video.

The video was posted in response to individuals discussing her online, requesting that she address past controversies from her old videos. Having addressed them in the past and wishing to spare her fans’ feelings, Mourey decided to leave YouTube and all the stress accompanying it behind her. Solomita continues to make videos and occasionally gives fans updates on Mourey and her wellbeing.

Mourey is a former Youtuber with twenty million subscribers, who has posted videos with over one billion views. The thirty-six year old woman from Rochester, NY began her YouTube channel ten years before her hiatus began. She gained her popularity by making comedy videos and rose to fame after her video titled “How to Trick People into Thinking You're Good Looking,” which has over 72 million views. Over five million of those views occurred within the first week of uploading.

Following her success, Mourey began making more comedic content and featuring in collaborations with other YouTubers. She continued to gain a following and was featured in franchises including “The Annoying Orange,” “Ridiculousness,” and “Smosh: The Movie.” Mourey also began her own podcast with her husband and featured on Sirius XM Radio regularly as a guest host. Mourey was also the first YouTube personality to be crafted as a wax figure for Madame Tussauds’ museum.

Mourey has kept her best to stay in the shadows but sadly the life of an influencer never truly ends. Despite Mourey being off the internet, her fans still show they care for her and are grateful to hear all updates, good and bad, on their family.