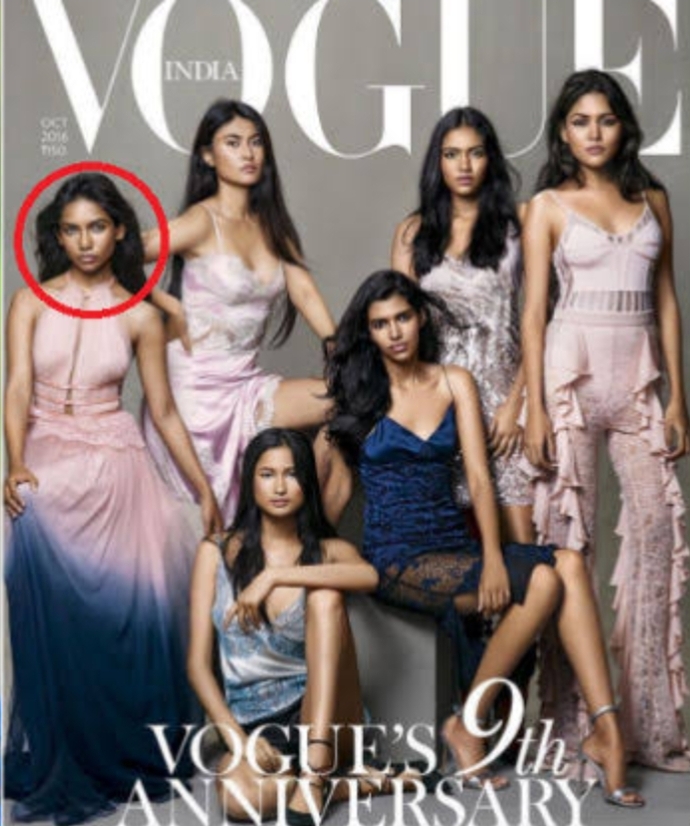 A girl posted her picture on social media and in minutes entire world became a spectator of the Maldivian teenager’s hypnotic beauty. An image of her, clad in white and emerging from crystal blue sea with blue eyes and wet hair went viral. The girl was Raudha Athif, a moderate Muslim in a country in South Asia. She got internationally recognized as the Maldivian Girl with Blue Eyes. This landed her various opportunities to work with model agencies which she found herself enjoying.

Being a meritious student, she grabbed the opportunity to study Medicine in Bangladesh on scholarship. Instead of riding on two boats simultaneously, she chose to completely focus on her studies. This was until she was repeatedly pursued for appearing on cover of Vogue India, which she couldn’t say no to. She took the offer and appeared for the magazine’s 9th anniversary special edition along with other 6 girls from Indian subcontinent. After magazine’s release, her life took a different turn.

Bangladesh was a highly conservative country that couldn’t tolerate. Keeping it in view, she started dressing in hijabs and full clothing. But it was hard not to notice her. After her photoshoot’s success, people started looking at her differently. Her actions were viewed as contrast to their orthodox thinking and religious beliefs, deeming her as a pariah. On day of her eventful suicide, she had half drunk cup of tea and curry on stove. It was start of a normal day routine not a thoughtful suicide.

Her friend claimed to have break open the front door whose slit showed Raudha hanging from fan with silk scarf hanging from her neck. That was Sirat Parveen Mahmud.  A friend who was always envious of her beauty, grades and fame. Raudha had suspected Sirat of giving her poison and sudden stomach ache. The practice of murdering someone and making it look like suicide was a common case in extremist state of Bangladesh.

There were signs and signals indicating something different. A crackled mirror, cracked glass table, frail hanging fan that couldn’t bear her weight, perfect condition of front door, autopsy without parent’s knowledge or permission, bruised neck marks claimed as birthmarks, irregular autopsy report. Her kith and kinns refuted rumors of her suicide terming it as planned murder or a coverup and didn’t believe in post mortem report handed by the doctor. People started making speculations about her unplanned suicide.

Added to this her instagram account was mysteriously deleted after her death. It couldn’t be a coincidence since none of her family members had access to it. It seemed as if someone wanted to erase her presence and popularity. Maybe someone was jealous of her feats or was against her religious beliefs, practice and work.