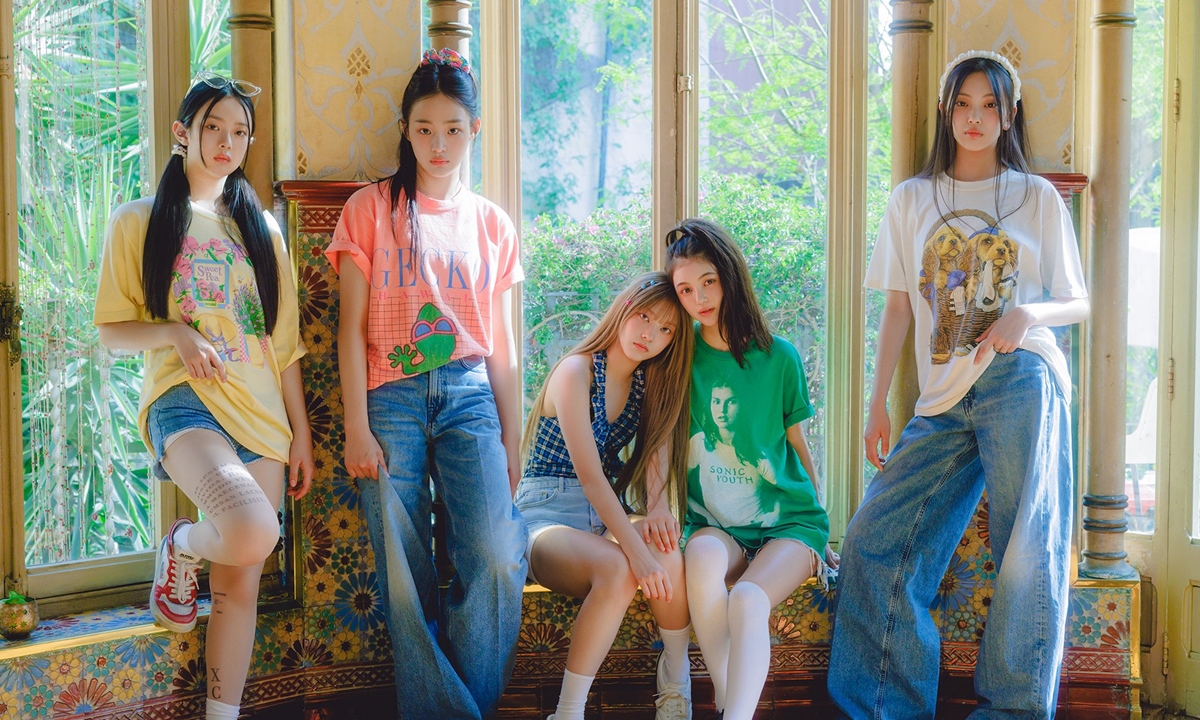 New girl group NewJeans is expected to help HYBE, a South Korean multinational entertainment company, maintain its strength and economic profit with a successful debut after BTS enlists in the army.

BTS’s global success is considered a miracle, not only helping the Korean cultural wave reach all over the world but also a revival for their management company - the company, once drowned in debt, has now become one of Korea's leading entertainment corporations. It is safe to say that the 7 boys are the “backbone” of this growth, and their every move has a significant impact on the company's successes. Following the announcement in June of this year of the group’s split to focus on the members’ individual projects, as well as the members' enlistment plans (which were also widely reported by the media), the value of HYBE's stock has been severely impacted. The debut of the current girl group NewJeans is expected to assist HYBE to decrease its dependency on BTS.

After a surprise debut, not in the traditional way of K-pop groups, NewJeans attracted great attention from the public as HYBE's second girl group this year after LE SSERAFIM, the girl group that has been entangled in many controversies since their debut, including a bullying scandal of former member Kim Ga-ram.

The five rookies made their debuts with thoughtful products that were praised for both the concept and the quality of the music thanks to the support of the company and the original strategy of Min Hee-jin, a former creative director of SM and current chief brand officer (CBO) of HYBE.

The group consecutively ranked first in album sales, and set a record for a girl group with the best-selling debut album, with precisely 311,271 copies sold over the first week. This surpassed the previous record held by Le SSERAFIM, whose debut EP “Fearless” sold 307,450 copies in its first week after debuting in May.

NewJeans is the only rookie of 2022 and the fastest group whose debut song achieved Real-Time All-Kill (no.1 real-time iChart - a charting system that collects data from Korean domestic music platforms).

Discussions about NewJeans on social media are at the forefront. The group's influence is comparable to that of any girl group, despite the release of just four songs in their debut. The audience views NewJeans as competition for IVE, another girl group that made a successful debut this year in the “Best New Rookie/Best New Female Group” categories at year-end awards ceremonies.

With so many early achievements, NewJeans has contributed to increasing the stock price for HYBE. According to Bloomberg, HYBE's share price was up 1.08% on August 18 compared to the previous trading day. HYBE will continue to grow in the second half of this year, despite BTS's early enlistment in the army later this year or early next year, which will have a significant impact on the company.

It seems that the debut of rookie girl NewJeans has had a positive effect on the stock price of HYBE, the company is moving upstream and proving to be a good investment due to the potential of the new girl group.

Are “Old” Sounds Making A Comeback In K-Pop?