On Mental Health Day And Mike Flanagan's The Midnight Club (2022) 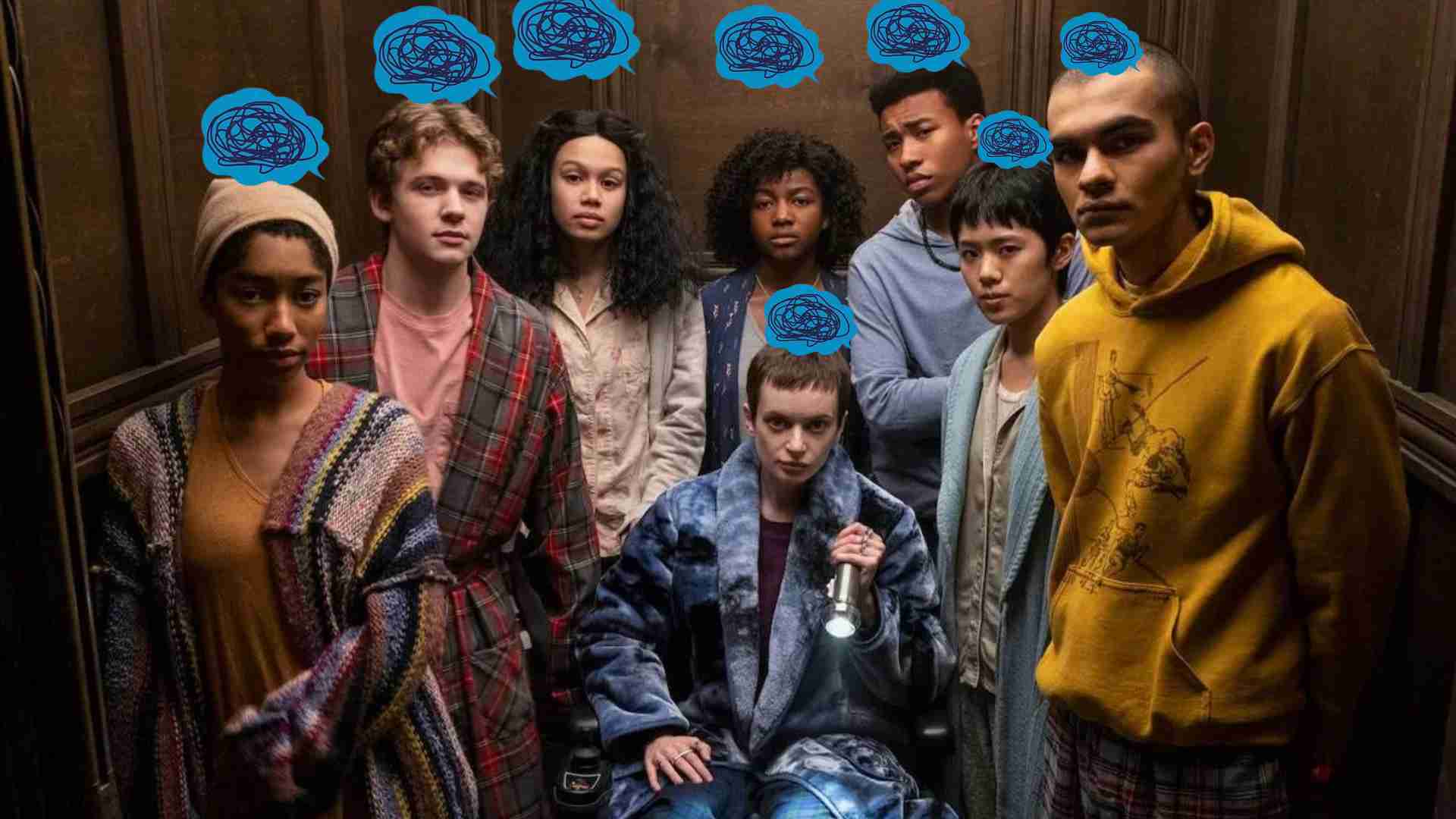 In support of Mental Health Day, Netflix dropped season 1 of The Midnight Club on October 7, 2022. A group of young adults in a manor is living the last months and days of their lives after reaching the terminal stage of their illnesses. But this group has a habit of storytelling, and Flanagan uses this art to address the need for a suitable environment for people who hide and feel ashamed in speaking about their psychological issues. Through his horror/suspense series, Flanagan creates a space where these young adults feel safe to talk about their inner demons and battles. All the stories of the characters are a reflection of their lives, feelings, emotions, and fear before entering the manor.

The characters like Spence, Kevin, and Natsuki bring forward the narratives of mental issues in such a way that the dedicated episodes focus less on the spooky areas but more on the conscious and subconscious minds of these characters and their decisions.

The show does a great job with the character of Spence, who was moved by the courage of Cheri, who came out to her parents. Spence, who has AIDS, was dealing with the stigma of being gay. His story moves around two guys named Rel and Chris, two university fellas, both gay and in love with each other. Both feared judgment and refused to come out. But at points, Spence has the power and doesn't shy away from owning up to his sexuality.

Spence's outburst in a religious conversation suggests how alienated he felt in a society driven by the force of Christianity. He faces abandonment by his mother, who refuses to visit him on family day, believing the staunch belief systems related to AIDS and being gay. He thought that such acts of deserting meant people assumed he was a robot, not a human, and that he couldn't be hurt because he was already something unusual.

Similarly, in his story, he was not seen as a human but as a robot named Fear. The metaphor of the robot suggests how people defined and saw homosexuality as. It told that homosexuals were not humans but a punishment on Earth and someone with no emotions and feelings just like a robot, when it's the opposite of such labels and beliefs. Homosexuals are humans with the capability of loving just as much as other humans. In the end, Spence concludes that people with AIDS are not defective but perfect.

So, for Spence, the defense mechanism he would resort to was sarcasm and simultaneously showed his loving and caring side. Spence stayed adamant, not letting his more challenging times take away his happiness of now.

The Power of Voices

Kevin, a patient with Leukemia, shared his story about Dusty, who lived with his mother. Nobody knew the real Dusty, meaning he was primarily alone and a nobody. Dusty was not just an ordinary adult; he went out in the dark and killed women. At first, it seemed that Dusty was the same psycho killer who goes around killing vulnerable women, but it was later revealed how Kevin portrays his relationship with his mother in real life.

Through this story, Kevin puts forward the relationship with his mother, who expected him to be the perfect son and cover up for the shame his father left him with. The dark shadow that the father left, abandonment, made them feel embarrassed in front of society. So, the mother imposes idealistic characteristics and expectations on the son, who plays sports, and goes to prom. Still, in reality, the son feels pressured to accept her ideas because Kevin is the opposite of who she wants him to be.

Dusty, who hears voices in his head, is provoked to kill a girl from school, which he does. The voices and whispers of the people Dusty had killed before continued to haunt him. He even saw the people he had killed before whispering non-stop, making it hard for him to stop hearing the voices. It is revealed later that it was not Dusty who willingly wished to kill those people but the mother who kept giving him the names to kill, and it's generational.

Kevin and Dusty reflected on the family's transferred mental illnesses. Flanagan showed how Dusty's grandfather, then mother, and now Dusty can't run away or escape from it because it is genetic. Therefore, Dusty showed how difficult it is to live with mental illness, seeing dead people, hearing the voices, and living with it.

But it seemed like Dusty lived two lives because he would drop the sign of the hourglass after killing the victim. The symbol of the hourglass showed half empty and half full. There were Dusty's mother's expectations and then was his life. The mother expected him to kill while his defense mechanism was to be loved, appreciated, and accepted with the second personality of a killer he had. And in reality, Kevin leaves his girlfriend because he realizes he is holding onto a relationship. After all, his mother's belief system makes him weaker than he already is.

So, for Kevin, Flanagan gave him the defense mechanism of kindness because this was what he lacked in his life.

Hanging Between to Live or Not to Live

Natsuki's story emphasizes the state of mind when you are in an utter state of depression and suicide. There is a constant tug of war as Natsuki sees herself as incapable of deciding for herself, which signifies her gaining perfectionism and thinking that she might fail to be the perfect one.

The story starts with a girl named Teresa driving her car to go as far as she can from her home (suggesting a change of place might benefit her mental health). On the highway, she met two people who were in a band. The two characters were known as Freedom Jack and Poppy Corn. These two characters were the wills of Teresa and Natsuki. Freedom Jack was the will to die, whereas Poppy Corn was the will to live. On the highway, five things happen. One was where Teresa saw a girl whose face was rotting slowly. Second, Teresa kept crossing the same gas station. The third was when a green thing kept hitting the car's windscreen. The fourth was the highway which didn't seem to end, and the fifth was the strong suffocating smell that Teresa couldn't bear any longer.

The two wills of Teresa/Natsuki exposed themselves to Teresa, revealing that Natsuki never left the garage and was slowly killing herself because of carbon monoxide. The rotting girl was Teresa, and when she realized this, she decided for herself. Does she stay in the car to kill herself or get out of the vehicle to live? She chose the latter.

Through her personal story, Natsuki shared how her mental illness and depression took the best of her. She was always conflicted about what to do or whether option A will be better or option B.

Either way, from her story, the defense mechanism Flanagan gave her was of a survivor, a fighter.

Through the art of storytelling, Flanagan's characters mirrored the traumatic repercussions of their illnesses, both physiological and mental.

Kevin overcame the pressure to fit the stereotypical figure of an athlete and a straight-A student by listening to the voice inside that urged him to be kind to himself.

Natsuki came face to face with the dual sides of her personality to surpass the darkness urging her to let go of her life's precious moments at Brightcliffe.

Spence chose bravery over fear by filling the void left inside due to his sexuality.

Overall, the television series utilized elements of horror to unveil the authentic self the society depicts as unnatural or non-existent, i.e., our mental health.

Interesting take on connecting psychoanalysis with a thriller/horror series.