Pewdiepie, Dethroned As Mr. Beast, Becomes The Most Followed Individual Creator On YouTube Mr. Beast (at the time of this article being published) is currently at 112 million subscribers, putting him in fourth place in total but on the top tier for an individual creator. Right behind Mr. Beast is Felix Kjellberg,  referred to as Pewdiepie on YouTube. Pewdiepie has 111 million subscribers, and although this is still an impressive followership, he is no longer the most followed content creator on YouTube. He held this record from 2013 – 2018 until T-series overtook him. His channel mainly consists of playing video games and reacting to funny videos, memes, and current events.

However, another record of Pewdiepie will now be handed off to a different channel. From August 2013 to November 2022, Pewdiepie held the record for most subscribers for an individually run channel. Now that Mr. Beast has dethroned Pewdiepie, YouTube and the website’s users are excited for a new era with a change in leadership for the subscriber race. 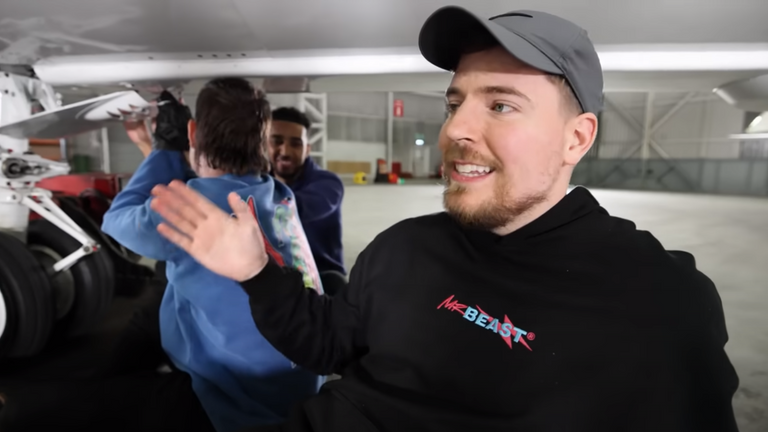 Donaldson’s channel consists of completing captivating contests and challenges that sometimes result in massive rewards. Some of the prizes given by Donaldson have included cars, houses, private islands, and money. He started his channel on February 19, 2012, and has since uploaded over 700+ videos. His videos have accumulated over 18.5 billion views.

His top three most viewed videos are challenges that either he or the contestants of his choosing must complete. His most popular video is a replica contest of the famous Netflix TV series “Squid Games.” This video alone has over 303 million views. In second place with 210 million views features 100 contestants that have to remain in a circle placed on the ground. The last remaining in that circle wins a cash prize. Lastly, his third most popular video, with 205 million views, consists of him attempting to stay buried alive for 50 hours.

Donaldson is also known for being very charitable to the public. Within this, there is a list of his notable contributions to society. Contributions include raising $20,000,000 to plant 20,000,000 trees, donating millions to charity, over 100 cars, a private island, and over 100 PlayStation 4s. At the ripe age of 24 years, he has managed to become an impactful figure to people of all ages and backgrounds. This new accomplishment is undoubtedly well deserved, and we hope to see him maintain this position for the foreseeable future.

YouTube Is Silently Testing This Feature That Can Make You Angry