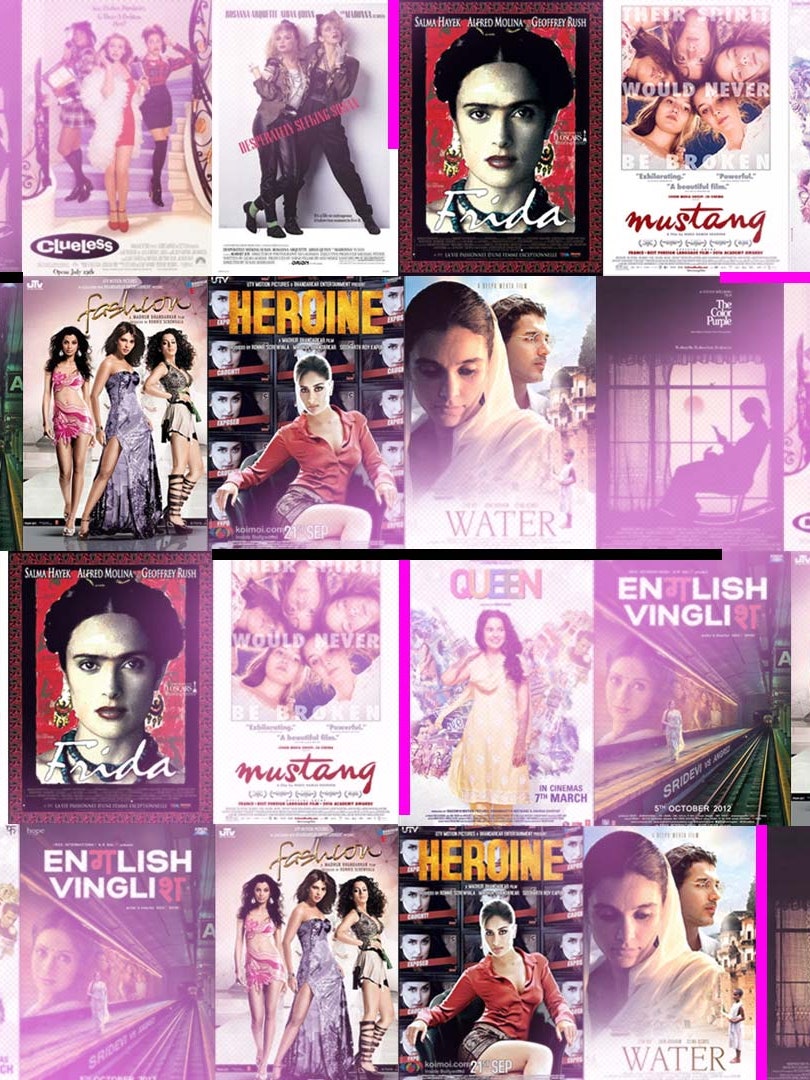 For decades, Hindi cinema has been a mirror reflecting the times and scenarios the nation has gone through. From playing decorative objects in movies, if not victims or martyrs, to becoming a strong force, women have come a long way in our movies. The Hindi film actress has graduated from being the Abla Naari to the woman of substance and strength who stands for her rights, raises her voice against injustice, fights for her dignity and self-respect and also rebels when she has to. Hindi movies through retro times till today have effectively presented changing times and cultures, be it the massive shift in the professions the women are exposed to or even the household abuses that the women of today have stood against. From Meena Kumari to Vidya Balan, from Shabana Azmi and Smita Patil to Tapsee Pannu and Bhumi Pendnekar from Mother India to Lipstick Under My Burkha, the women in Hindi cinema have been pivotal in bringing across the transformation the country has been through. We bring you  films that portrayed women as the heroes, with depth, complexity and nuances over the years.

A feminist study of identity, self-realization and society at large, bhumika chronicales the life of a successful film star as she navigates her way through professional challenges, disastrous love affairs and constant societal scrutiny in her life. The film is based on marathi language memoirs of the 1940s actress Hansa wadkar.

Mandi tells the story of a brothel which is visited by some of the most prominent men in society. It is run by Rukmini bai, who is determined to turn one of the girls at the Brothel into a great concert performer. The film makes powerful commentary on patriarchy and the hypocrisy of society when it comes to the rights and agency of women.

Set against the backdrop of the horrific practice of sati in 19th century India, this film stars Shabana Azmi as a mute orphan girl named Uma who is married to a Banyan tree because her horoscope suggests that her husband would die. Sati is a feminist masterpiece by Aparna Sen that is deeply melanchonic yet thought provoking.

The movie is a biography based on an Indian dacoit, Phoolan Devi’s life and portrayed by Seema Biswas who was sent to prison in 1983. She was prosecuted by the Indian police and turned into a legend by the people. It’s the story of a woman who fights all the mayhem done to her by the men, from the police to the goons. Ultimately she overpowers them all and comes to fore as a strong woman. Shekhar Kapoor directed the film based on the biography, India's Bandit Queen: The True Story of Phoolan Devi by Mala Sen.

While films like Ek Ladki Ko Dekha Toh Aisa Laga are finding an audience today, the representation of the LGBT community in films at the time was a very, very big deal. It is not surprising then that the film faced a lot of protests. What is interesting is that the CBFC, well known for finding its compass pointing towards a rigid sense of morality, passed the film with no cuts.

Astitva uncovers the male chauvinist culture of Indian society. It unveils issues like extramarital affairs and spousal abuse prevalent in the society but unspoken of. This film speaks about a woman Aditi Shrikant Pandit played by Tabu, trying to find her own identity outside her marriage and she finally moves away from her husband and son, empowered by her to-be daughter in law, Namrata Shirodkar, who too leaves the chauvinist boyfriend.

Monsoon Wedding was exceptional for addressing the issues of child sexual abuse. Shefali Shah’s character is sexually abused by an uncle (played by Rajat Kapoor) and continues to live with the family. The fact that this film so brilliantly, yet with such sensitivity threw light upon the topic in a time when these realities were hardly acknowledged, was commendable.

Another taboo topic - surrogacy. A woman finds out she can’t have a child of her own, so she gets her friend to act as a surrogate mother. Seems normal to you? It wasn’t, back in 2002. Meghna Gulzar’s film attempted to normalise a concept that very few families could openly discuss at the time.

Matrubhommi: A nation without women

Imagine a world without women. This film attacks the patriarchy, showing you the beast-like attitude of men. The film isn’t an easy watch, it is direct to the point of crass, it is real to the point of scary. It shows you a world where a woman is nothing but an object of entertainment for men. A world that accepts bestiality but not homosexuality. This is a film that makes you so uncomfortable that you’re forced to think.