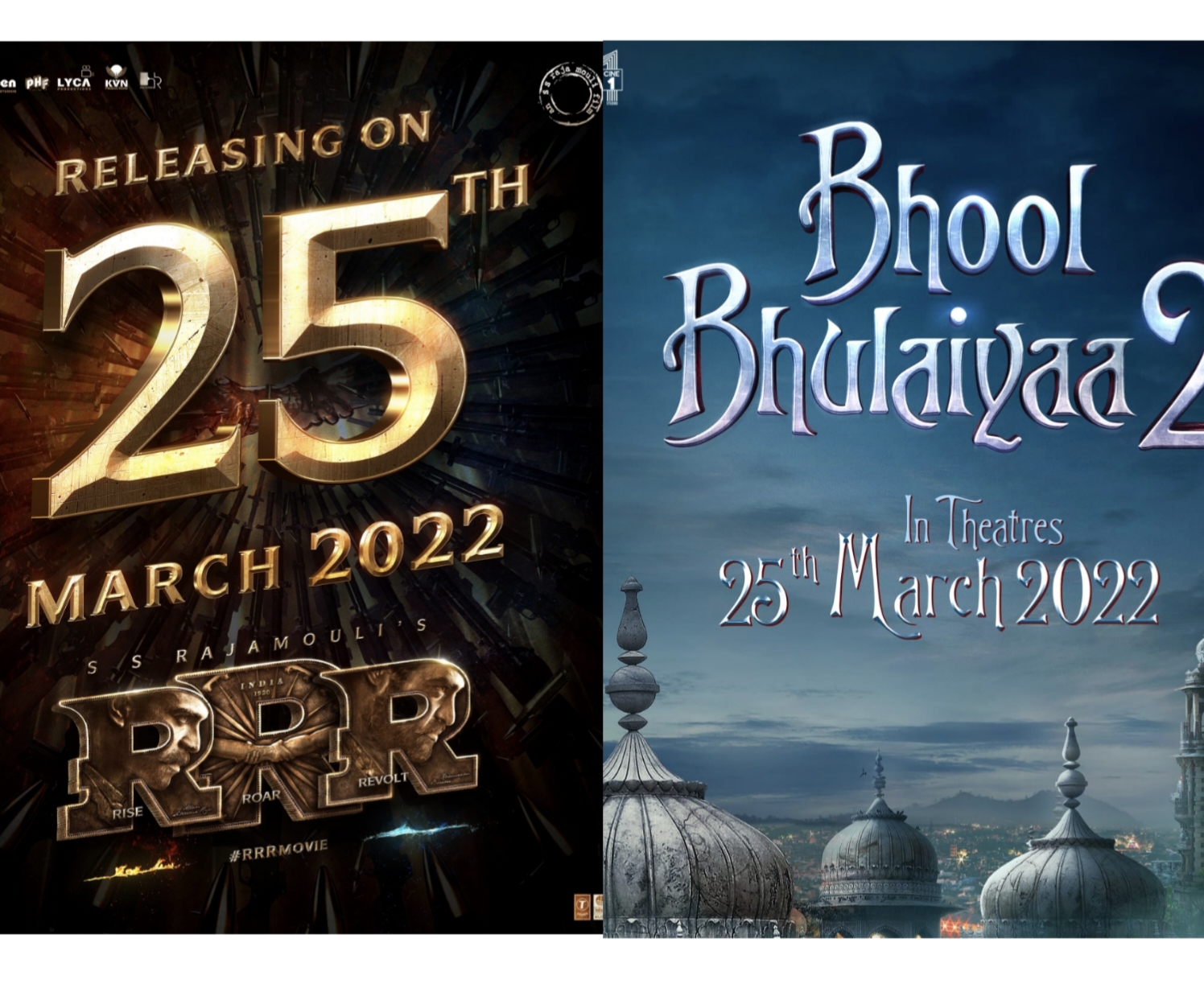 The RRR film directed by SS Rajamouli will be screened in theaters on March 25, 2022. It became official on Monday night with the official twitter handle of the movie. It said, “ #RRRonMarch25th,2022….FINALISED!🔥🌊 # RRRMOVIE. “

Surprisingly, the film will clash with Aneez Bazmi's Bhool Bhulaiyaa 2, which will be released on the same day as RRR.

The storyline of Bhool Bhulaiyaa 2 is still unknown, but the comedy comedy-horror is an independent sequel to Priyadarshan's 2007 movie Bhool Bhulaiyaa. However, it will surely make a big laugh for the viewer.

Owing to the ongoing pandemic, the release date of RRR movie has been postponed several times. It was originally planned to release on July 30,2020 then pushed to October 13,2021 and then to January 7,2022 and now finalized the release on 25th March, 2022.

Due to the ongoing pandemic, the release date of the RRR movie has been delayed several times. It was originally scheduled for release on July 30, 2020, but moved to October 13, 2021, then to January 7, 2022, and now the makers of film have finalized the movie to hit the silver screens on March 25, 2022.

On the other hand, Bhool Bhulaiyaa 2 also had announced its release date in September last year and now will also hit the theaters on 25th March, 2022. Furthermore, Trade Analyst, Taran Adarsh confirmed the date on his tweet saying, “No postponement: ‘Bhool Bhulaiyaa 2’ to release on same date…#BhoolBhulaiyaa2 to release on it’s earlier announced date(25 march, 2022)…In *cinemas*….stars #KartikAaryan, #KiaraAdvani and #Tabu…directed by #AneesBazmee…produced by #BhushanKumar and #MuradKhetni “.

Of course, they are movies of different genres, but it will be interesting to watch them top the box office.

Japan Reports The First Case Of COVID-19 With Omicron XE