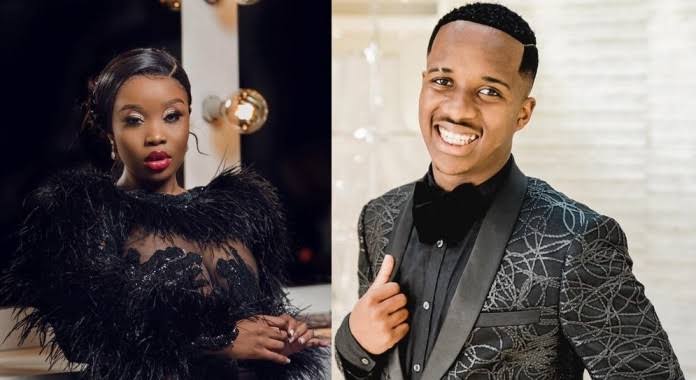 Sithelo has dated Andile Mpisane, whose parents are Royal AM Chairman Shawn Mkhize and Sbu Mpisane.

Mpisane’s mother has always had a problem with her son dating Sithelo because of their age difference, even though the two had two lovely baby girls. Sithelo has made social media aware that Shawn Mkhize has never approved of the relationship and will never do, as she offers her money to leave her son alone. The age difference raised a few eyebrows to the public as Sithelo was 24 years old while Andile was just 17 years old.

The couple then parted ways in 2021. The reporter mentions that the reason for their separation was Andile’sdenial of their second child.

It may seem that Sithelo may be into financially wealthy men. Her first baby daddy is a millionaire and a chairman of a construction company in Pretoria. In addition, it is said that when Sithelo was pregnant with her first child, the millionaire baby daddy was still married to his wife, calling her a Home-wrecker.

Most South Africans are aware of the drama involving Sithelo, Mamkhize, and Andile, as it has been made clear on social media. However, rumours say that Sithelo was bribed with money to keep andile from prison after she alleged physical abuse during their relationship. Moreover, in the past week, Sithelo took to social media changes she made to her body, among other things. It is said that Sithelo’s physical changes are from Mamkhize’s bribe money. On the other hand, everyone knows how Mamkhize loves her son and would do anything to protect her reputation if her son does anything to ruin it.

Mother of three who just fixed her teeth and got a new body bought a Land Rover Defender this past Sunday. The past few months have been too good to be true for South Africa to believe that Sithelo is using her hard-earned money to spoil herself like this.