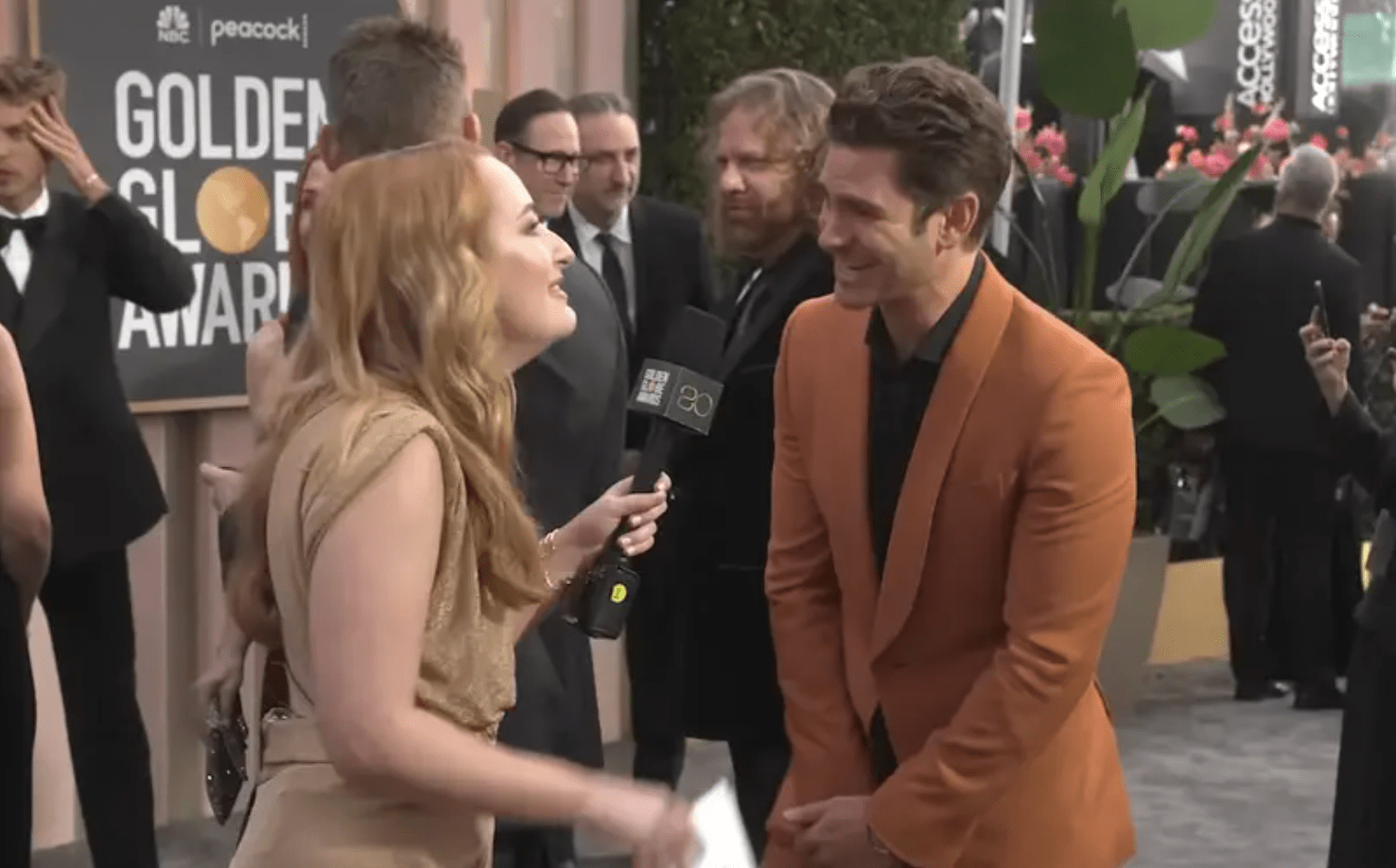 This past week, the 80th annual Golden Globes awards were held in California to celebrate and spotlight notable performances and works throughout television series and movies. Fans from all genres of visual media were more than happy seeing their favorite actors, such as Jennifer Coolidge and Michel Yeoh take home awards with touching speeches to boot. Surprisingly, however, fans of Andrew Garfield may have been one of the biggest winners of the night due to the suggestive interaction he had with a journalist before the night officially commenced. Garfield, nominated for best performance by an actor in a limited series, took the internet by storm with a seemingly flirty interaction between himself and social media personality Amelia Dimoldenberg.

Reporting to the Golden Globes as an interviewer on the red carpet, Dimoldenberg is a Youtube star known for her dead-pan humor who hosts chicken shop interview “dates” with celebrities across multiple fields (actors, musicians, and so on). As previously seen on the GQ Men’s red carpet, Dimoldenberg and Garfield have interacted briefly, with Garfield being familiar with the personality and Dimoldenberg encouraging the actor to go on a date with her. Fast forward to the Golden Globes, Garfield and Dimoldenberg caught each other’s eyes as Garfield passed by her, and fireworks ensued! Amelia notes how they only ever meet at significant award show events which Garfield responds with, “I only ever want to see you!” which caught Dimoldenberg off guard. He then quickly corrects his phrasing, and Garfield notes how they are astrologically well-suited for each other.

As the interview continues, the two make jokes with each other and conduct a humorous and flirty interview, similar to when one views a happy relationship between two friends or couples on the streets. Despite sparks flying between the two, Dimoldenberg has Garfield sign a best friend’s certificate before they greet each other farewell; a possible conclusion to the two’s fiery interactions.

Reception of the quirky interactions set online fans of the pair ablaze. Twitter users raved about the two, and many fans of Dimoldenberg pushed even further for a chicken shop date with Andrew Garfield in the future. With the signing of the best friend’s certificate, it appears that Garfield is still an eligible bachelor. However, fans of both individuals can still hope for a possible chicken shop interview date in the future!