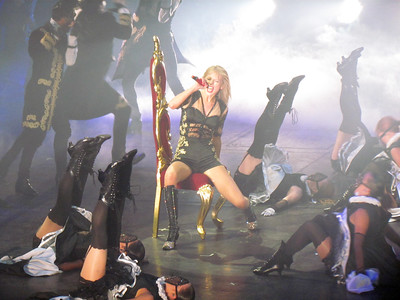 Taylor Swift fans, widely known as ‘Swifties,’ are expressing their disappointment on social media after many were left empty handed following their bid to secure tickets to Swift’s upcoming tour.

The highly anticipated Eras Tour is scheduled to start in March 2023 in Arizona and end in August 2023 in Los Angeles, California. The presale began on November 14, and disappointed many fans who could not get their hands on a single ticket - or felt forced to pay huge amounts of money to secure their spot.

Hundreds of fans took to social media to convey their anger towards Ticketmaster for their unjust algorithm in ticket sales, which allowed resellers - rather than loyal fans who want to see their favorite artist - to secure better priced tickets

Sydney Wallace on Twitter couldn’t obtain any kind of ticket even after waiting eight hours online and being charged over 10 times, causing her bank accounts to go into overdraft and freeze.

Fans’  anger has gone as far as to demand the Department of Justice to investigate Ticketmaster. There is an online petition, sponsored by More Perfect Union, that urges Swifties to send in their signatures and letters describing their story with the ticket sales. It describes Ticketmaster as an “abuser of market power to screw over concert-goers.” Currently there have been roughly 36 thousand letters sent in -  only about 14 thousand away from their goal of 50 thousand letters.

Tickets for the general public were supposed to go on sale on Friday, November 17, 2022. According to CBS, that is no longer happening as a result of the decision made by Ticketmaster, based on the extremely high demand for tickets during the presale. Taylor Swift herself has yet to make a public statement regarding the situation.

The last time Taylor Swift was on tour was to debut her album “Reputation” in 2018. She planned to go on tour for her album “Lover” in 2020,  but it was later canceled due to the COVID-19 pandemic. Since then, she has released three more albums and re-recorded older albums including “Fearless” and “Red.” It comes as no surprise that her loyal fans are more than ready to see her back on stage again.