The Break Of Life Is Called Sitcoms 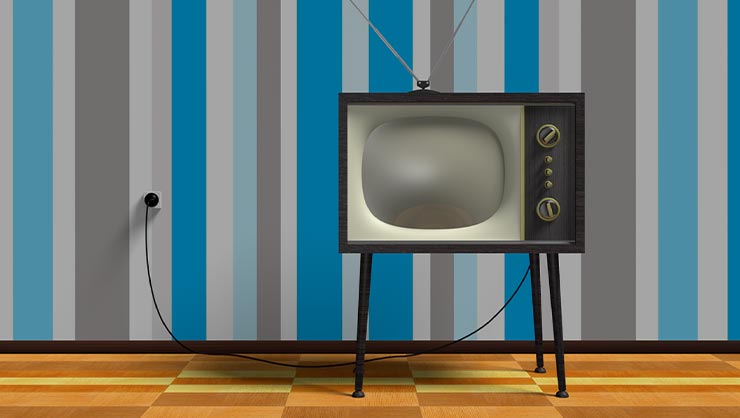 One thing that most people love to watch in every mood, whether happy or sad or wanting some quality time, is sitcoms. As the entertainment industry changes and grows every day, one thing that has been a little constant is the production of sitcoms, as the love they get is beyond.

When you hear the word “sitcom,” you probably think of laugh tracks, live studio audiences, and families forced into bizarre situations. While comedies began as a vehicle to promote family values—think “Leave it to Beaver” and “The Brady Bunch”—situational humour, or “sitcoms,” quickly evolved into a group-oriented medium. With 20-minute episodes depicting day-to-day antics, “Friends” and “Seinfeld” made comedic waves in the 1990s.

The term "sitcom" is divisive among critics when it comes to categorising shows that have aired since the turn of the century. Many modern American sitcoms have a single-camera setup and lack a laugh track, evoking the dramedy shows of the 1980s and 1990s rather than the classic sitcom format.

Sitcoms in the modern day are a little different. The days of prerecorded laughs and overarching themes are long gone, replaced by a “single-camera” arrangement and a cast of colourful individuals you can’t help but love. Of course, classic “sitcom” shows like “How I Met Your Mother” still exist, but the shows discussed in this article are the ones that revolutionised the genre for the better.

Take, for example, Mitchell Hurwitz’s “Arrested Development,” which follows the bankrupt and dysfunctional Bluth family. For a variety of reasons, the show, which aired from 2003 to 2006 and was later revived by Netflix in 2013, was the beginning of the modern-day sitcom. For one thing, it served as a model for “single-camera comedy” for a number of shows, including “30 Rock” and “Community.” Without the influence of “Arrested Development,” modern-day sitcoms would lack the traditional cut-aways, recurring jokes, fourth wall breaks, and flashbacks. Entertainment Weekly and IGN both named the show as one of the finest comedies of all time. The sitcom, which used to centre on family values and the lives of friends and family, morphed into a satirised portrayal of dysfunctional family life.

The mockumentary followed. Michael Schur and Greg Daniels are among the most well-known comedy writers and producers, having developed, co-produced, or written episodes of “The Office,” “Parks and Recreation,” “Brooklyn Nine-Nine,” and “The Good Place.” Their contributions not only helped to define the modern sitcom but also helped to elevate the “mockumentary” subgenre. “The Office” aired from 2005 to 2013 and is still one of the most watched television shows today.

“Parks and Recreation,” a mockumentary about a group of coworkers in Pawnee, IN, and “Modern Family,” a sitcom about a big family tree, were other famous mockumentary-style comedies with millions of viewers. Because they had the same audience, these events were able to last for almost a decade. The key demographic for modern sitcoms at the time of these three episodes’ running, according to Neilson Ratings, was 18–49, with the first, second, and sixth written comedies, respectively, coming in first, second, and sixth. Then there was a newcomer: “Community.”

Dan Harmon is best known as one of the co-creators of “Rick and Morty,” but in 2009, he teamed up with Joe and Anthony Russo, who had previously worked on “Arrested Development” (and are better known as the directors of “Avengers: Infinity War” and “Endgame”), to bring a story about a group of misfits who attended Greendale Community College to life. With meta-humor, fourth-wall breaks, and pop culture references, the show blended what it had learned from previous shows to mock TV conventions. Its bizarre sense of comedy and episodic themes earned it a cult following, which helped the show get renewed for a second season after being cancelled in 2014. Harmon based the programme on his own undergraduate experiences—albeit a fictionalised version of them.

“The Good Place” demonstrated that people of any age can learn to be good, whereas “Superstore” demonstrated that those who work in grocery shops or big box stores are just as valuable as anyone else. Over the course of seven seasons, the characters in “New Girl” learned about love, heartbreak, and self-discovery, while “30 Rock” demonstrated that pursuing your aspirations is achievable even when you’re at your lowest. Modern sitcoms not only make us laugh, but they also make us cry, snort, scoff, and understand the lives of people all over the world.

These are the hundred programmes that have made us laugh, ponder, occasionally cry, and laugh all over again, ranging from family stories to band-of-misfits hangouts; classic rom-coms to workplace mockumentaries; cringe comedy to antihero showcases; and even shows that defy description.

There are a lot of sitcoms inspired by various cultures or setups, even from all around the globe, but the essence remains the same even if the language is different. Sitcoms are how new discussions start or how friendships are made or dreamed off. From production to lighting to scripts to music, everything evolves in cinema. How the black and white shows have evolved into color, but all that never changes is the love for shows like Friends, Schitt’s Creek, The Office, How I Met Your Mother, Seinfeld, Full House, Arrested Development, New Girl, Brooklyn 99, and many many more in the vast world giving emotional rollercoasters to the people watching and dreaming of living them. Sitcoms will always be the escape needed.