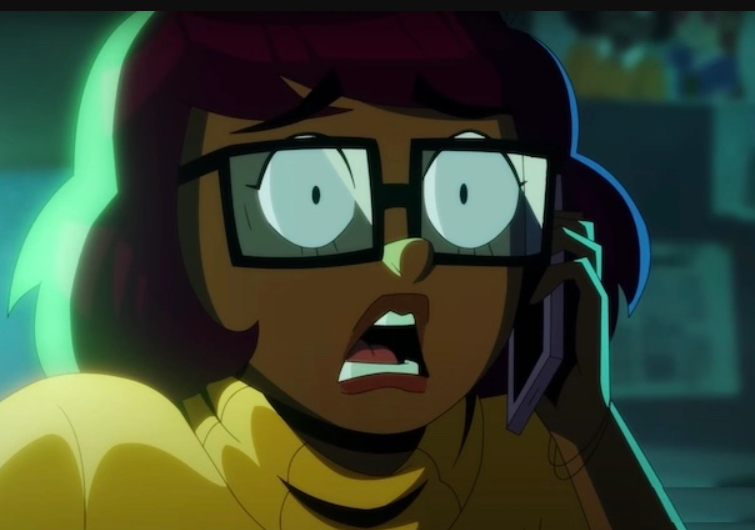 Velma is the newest adult animated series to premiere on HBO max. It features characters from the Scooby-Doo Franchise and places them in a darker and more mature setting. With no monsters to chase after them and mysteries further from its mind, the show focuses more on the love quadrangle between its main characters.

The story of Velma is intended to be a prequel to the main Scooby-Doo franchise, featuring most of the main characters from the original series: Velma, Daphne and Fred. However, Shaggy is instead called ‘Norville’, and it doesn’t include the famous talking dog Scooby-Doo himself.

It is evident that the voice actress of Velma, Mindy Kaling had a hand in many of the writing decisions that appear in the show, especially considering the character of Velma herself.

Kaling has mentioned how she relates to Velma as a character influencing her choice to make Velma south Asian in the new adaptation and applying some of her personality traits, such as her outspoken nature and more cynical attitude.

The show also highlights Velma’s attraction to women, as has previously been hinted at in other versions of the Scooby-Doo show but has never been fully explored. The to-be mystery crew’s romantic tension (such as between Daphne and Velma, as well as between Norville and Velma). The show also focuses on raunchy humour and meta references (such as toward other TV shows, like Riverdale, and the show’s writing itself) which is certainly different from how Scooby Doo would typically write its episodes.

However, despite its popularity, the show’s reception has been largely negative. Currently, the show is one of the lowest listed on IMDB, with 1.3/10 as an overall average score. It also has a very low rotten tomatoes audience score, sitting at just 6%.

News outlets have referred to the show as “the most hated on TV” and potentially “an insult to Scooby-Doo fans”. There have also been rumours circulating considering the potential that the show had been created to be bad on purpose to make leftists and progressives look terrible. Velma is currently the most-watched animated pilot on HBO Max’s platform. Still, it appears that much of this watching occurred due to controversy or hate watching. Despite the show’s themes, it appears to have gained ire from both the political right and left.

And, rare for the internet, it appears that the right and the left generally agree with one another. One of the things that both sides appear to agree on is the progressive themes being ingenuine and the humour being lacklustre. Many also agree that Velma carries little of the charm of the rest of the Scooby-Doo franchise.

Another issue many had with the show was Mindy Kaling herself and her influence on the work. Many fans consider her instance of Velma a ‘self-insert’ that doesn’t treat the original character with respect.

Many believe Fred and Daphne are also mischaracterised, making them meaner and crueller than they had ever been written previously. The portrays Daphne as a mean popular girl, and Fred is characterised solely by his privilege.

Mindy Kaling’s personal politics has also been an issue, especially on the left. Such as her supporting her brother, who faked being black to get into medical school, and liking a tweet from infamous TERF JK Rowling. There are potential worries that some of her more conservative beliefs might continue to affect the work negatively.

Scooby-Doo fans also believe the meta-narrative tone and constant references to real-world politics (in one example, a joke about the MeToo movement, done with especially poor taste) is not a good fit for the series. A majority of the sexually charged jokes also aren’t favoured by their audience. The TV show isn’t funny for what is supposedly a comedy.

Despite the massive dislike toward the series, Velma has already been green-lit for a second season. Is it because HBO thinks this cartoon may have a future and could win back its audience? Or is it hoping to gain yet more money from hate-watching?

“Baby, It’s Cold Outside!”: Why The Classic Turns Problematic