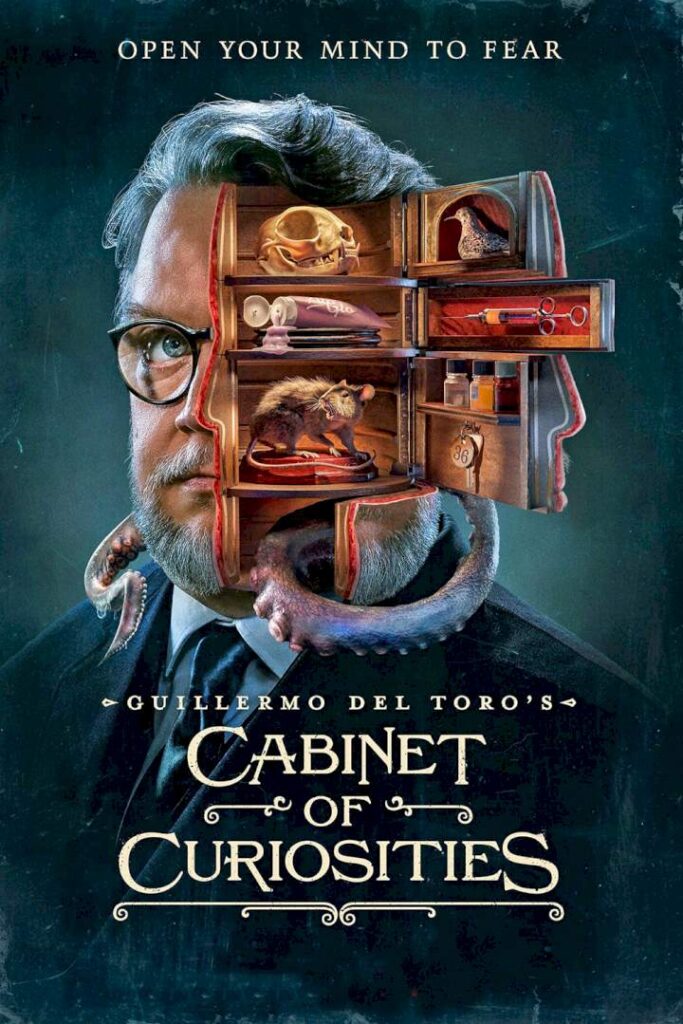 Multiple award-winning filmmaker Guillermo del Toro is back with another fantastic horror spectacle in his new Netflix show Cabinet of Curiosities. Del Toro has won two Academy Awards, one for Best Director in 2006 for Pan’s Labyrinth and another for Best Picture in 2017 for The Shape of Water.

Del Toro crafts stories mixed with fantasy and horror, to create a unique cinematic experience in a way only he can. With the Cabinet of Curiosities Del Toro aims to achieve the same combination to create something beautifully horrific.

Cabinet of Curiosities is a horror anthology series featuring eight episodes based on eight different horror stories told with the help of various filmmakers and writers all of whom Del Toro picked himself to bring these stories to life.

The Idea for this series came from Del Toro himself and was originally named ‘Guillermo del Toro Presents 10 After Midnight,’ when Netflix first green-lit the production in 2018. Principal photography began on June 28, 2021, and concluded on February 16, 2022.

Del Toro presents each episode himself, often as an introduction to what we’re about to see. He wrote two of the episodes himself drawing from one of his short stories, while the other episodes are told by various directors and writers.

While two H.P Lovecraft short stories serve as inspiration for episodes five and six. Jennifer Kent The Babadook and Nightingale filmmaker, lends her skills to the series by creating an intense and enthralling atmosphere to the last episode which she wrote and directed.

The show has been met with positive reviews from critics, with Rotten Tomatoes reporting an 88% approval rating with an average rating of 7.7/10, based on 26 critic reviews.  In addition, legendary horror writer Stephen King gave the show praise by saying in a tweet, “I strongly advise you to open Guillermo del Toro's CABINET OF CURIOSITIES, starting tomorrow on Netflix. Scary, sinister, and beautiful to look at.”

If you too want to take a peek into the horrors of the Cabinet of Curiosities, all episodes are now available to stream on Netflix.