The Many Shade of Black In Pop Music 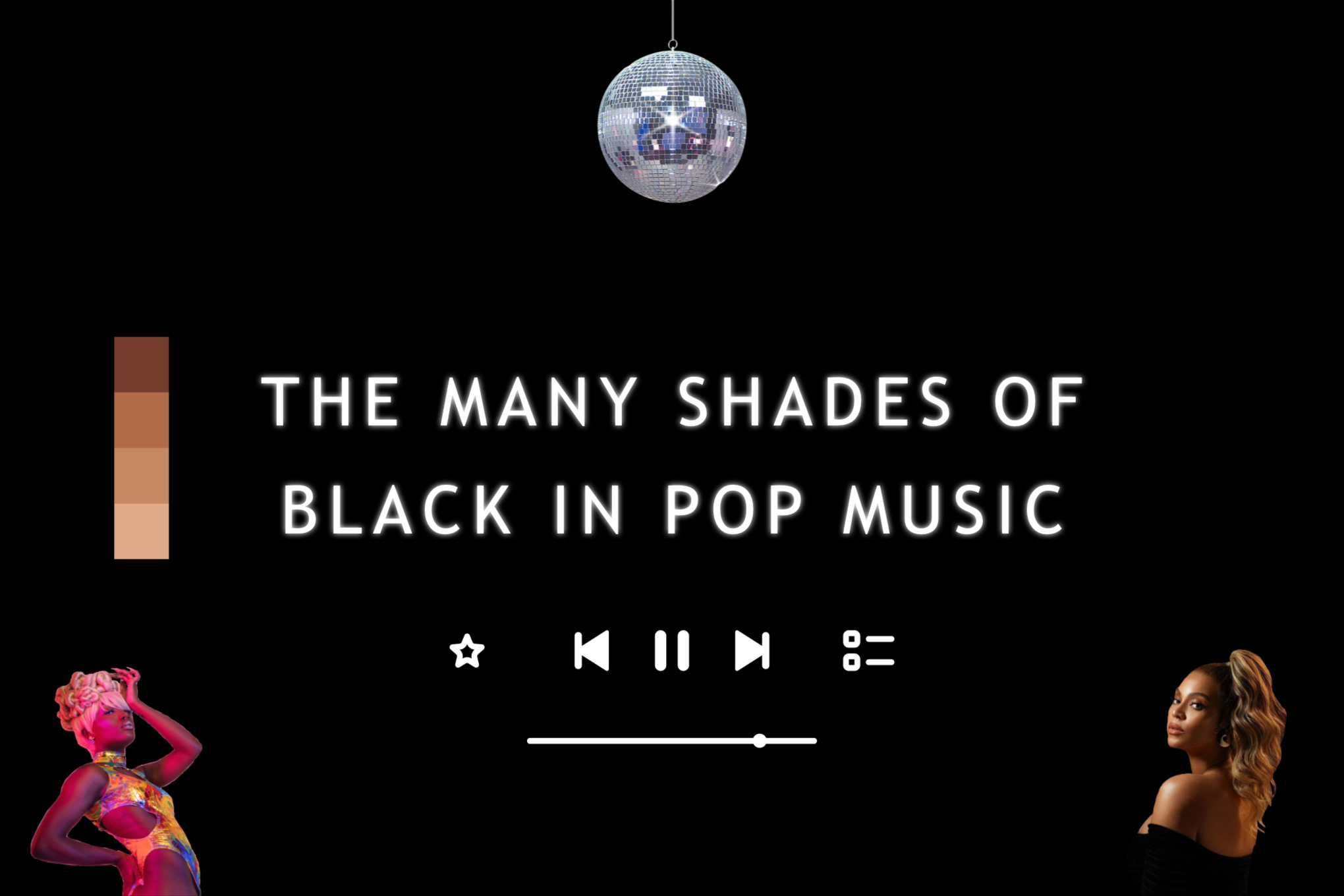 Summer 2022 seems like one musical rapture after the next. Drake’s "Honestly Nevermind" surprise release and the queen herself 一Beyoncé dropping the viral top ten hit "Break My Soul" have kept avid music listeners busy dancing in their living rooms or typing away on the internet. Discussions about "Renaissance" and both aforementioned artists foraying into house music have reinvigorated conversations about blackness in pop music. Reaching its peak in the 90s, house music joins country, rock n’ roll, and EDM as typically ‘white genres’ whose foundations can be found in black American culture.

Current conversations about Drake, Beyoncé, and the importance of them leading the mainstream house revival are extensions of existing discourse surrounding blackness in music 一what does it mean to make immense contributions without any of the commendation or capital to show for it? When we look at who has historically been considered pop and the benefits of being a ‘popstar’ at the expense of the alternative artist or the R&B revolutionary. These three artists are musicians that could be considered pop due to the flexible definition of the genre. They provide new, refreshing projects and personas that have resulted in viral success and sustainable fanbases.

Doechii is a Florida-born American rapper and vocalist. She joins the esteemed group of musically innovative, energetic Black women. Doechii's music is a fun fusion of pop, hip hop, and R&B with an obvious alternative flair, much like the music of Bree Runway, Tkay Maizda, and Doja Cat.

From viral televised performances to co-signs from one of R&B’s most prolific entertainers of the last decade, it's very evident that Doechii's chance to shine will be in the summer of 2022. For those who need a sensational Friday night jam, give “Persuasive” a few streams. Fall in love with the smooth vocals intertwined with dreamy, and house-influenced production–while spending a carefree evening with friends.

For those who like their songs with a bit more chaos, “Crazy” is the tune that will get you up and screaming along, literally. The song is defined by its high-energy vocal delivery, accompanied by equally exciting production. With her major label debut on the horizon, expect a versatile Doechii to soar to the top of the timelines as the internet’s next beloved superstar.

English R&B girl group FLO are having a blast after a trending tweet propelled them to new heights of popularity. Their melodic R&B has ultimately revitalized interest in girl groups with them earning comparisons to Little Mix and Destiny’s Child. Group members Renee, Jorja, and Stella have received a ton of love online since the publication of their debut EP, “The Lead.” From their newfound fanbase to artists like Brandy, there is genuine support for FLO

What makes FLO exceptional is their genuine sisterhood. Jorja, Renee, and Stella may not show every moment of their lives but there is a clear dedication to respecting everyone’s and creating an equitable dynamic rather than sticking to one role. Their music is in their own way unique, while clearly paying homage to R&B singers  from the 1990s and 2000s. Despite their obvious influences, songs like “Summertime” and “Feature Me” never come off as blatant ripoffs of their processors.

Fousheé is one of the brightest recent stars to come into the alternative genre. Her debut album, “Time Machine,” is an emotional collection of tracks that deal with relationships, ambition, and changes in life. Fousheé explores a number of genres, including hip hop, soft rock, and indie pop with traces of R&B. Her music is frequently referred to as an "alternative-R&B" song.

From her Tik-Tok-led breakthrough “Deep End”, the dreamy-rap friendly “Clap For Him” to her dark yet saccharine “My Slime”, Fousheé creates a cohesive world of gloomy wonders. She is one of the very few artists to have debuted with her sound. She is also clearly evolving, as evidenced by recent singles' "Double Standards" and "I'm Fine." Fousheé was intentionally picked for this piece to draw attention to problems with categorizing Black artists.

Black artists are known for their versatility and being genre-fluid. Inventing new genres and subgenres out of thin air has been an important feat of Black music. As a result, it does a disservice to box an artist into one genre or subgenre. This is not to say R&B and hip-hop aren’t experimental in their own right. On the contrary, both genres are so expansive and influential, genres such as rock, country, and pop would not be where they are today without the existence of R&B and hip-hop—Black influence.

In one breath, many passionate music listeners would agree that there is beauty in the variety of genres that exist. Historically, however, white artists have enjoyed the privilege of hopping and meddling with a plethora of genres and subgenres. The same artists have also reaped the benefits of appropriating genres. Not only have they received commercial success and exponential financial gains, but their music has also received critical acclaim.

Forward-thinking Black artists and fellow artists of color have released marvelous projects that have just now received their flowers. Aforementioned artists such as Brandy alongside Janet Jackson, Kelis, and Jazmine Sullivan are some of the many artists a part of this new Black music renaissance. They are now being acknowledged with the same critical praise as their non-Black colleagues because of their eclectic and experimental discographies, which have affected the present music scene.

To comprehend music consumption as a whole, discussions about Black influence in music, its representation, and how it is viewed—as well as discussions on compensation—are required. It encourages listeners to consider music differently by recognising the fusions of many Black genres and their influence on popular music. As a result, music listeners collectively will feel more inclined to challenge existing definitions of pop music. Thus creating a more inclusive space for artists wanting to dissolve the genre binary.