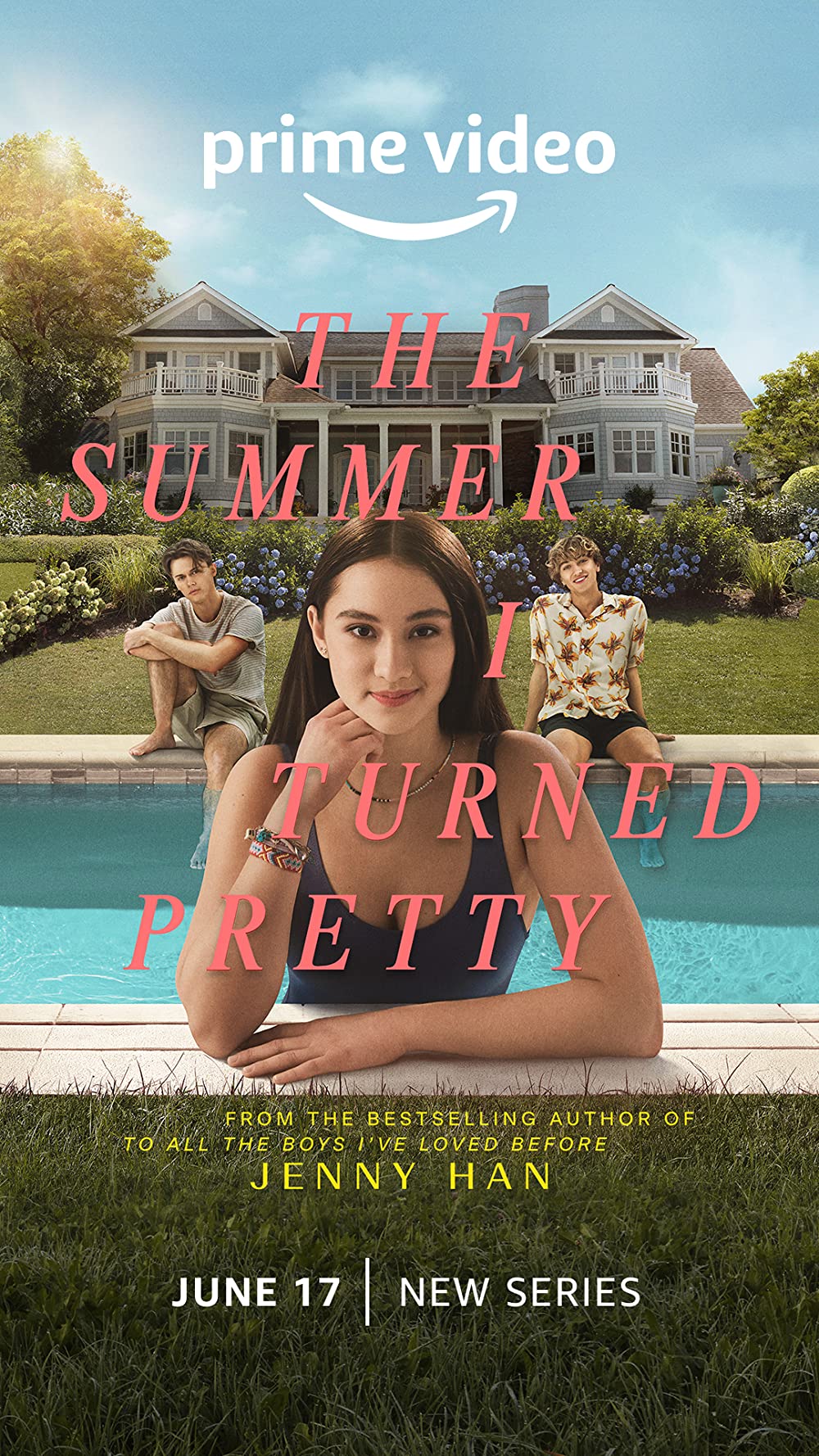 Based on the Novel ‘ The Summer I Turned Pretty' by Jenny Han, the series by the same name is a perfectly typical teenage romantic piece of summer fluff. Lola Tung stars as the lead, playing the role of Belly Conklin, who had just turned pretty. The show portrays young Belly who had just ‘turned pretty’, and will now be exploring all sides of her grown mind and burgeoning sexuality.

As a part of their annual summer ritual, Betty’s family, which comprises her novelist mother, Laurel (Jackie Chung), and her older brother, Steven (Sean Kaufman), visit the Cousin’s beach to spend their summer on the beachside. Laurel’s best friend, Sussanah (Rachel Blanchard) is one of the rich residents of Cousin Island and the Conklins have been spending their summer at her house. ‘The boys’, Jeremiah (Gavin Casalegno), and Conrad (Christopher Briney) are Sussanah’s sons and the four teenagers have been friends with each other forever.

It is a coming-of-age story that represents the complexities of late adolescence and how the four teenagers deal with the problems and compromises that need to be brought about in love and friendship. Belly considers a holiday at Cousins and summer at Sussanah’s place as sacred as a tradition because nothing seems to change there every year, no matter what. It is just her, the boys, the mothers, and the water. However, this year might turn out to be different because they are now grown-ups and are beginning to realize that the relationships and bonds that they share might not remain the same this summer.

The character of Betty, as the title suggests, has blossomed into a more poised version of herself, not leaving behind the gawky kid that she used to be. She is yet to discover the new Betty she is blossoming into. She is seen hearing the phrase, ‘This isn’t you’ from almost all the people around her, be it her best friend, Taylor to one of the boys, Conrad. Betty is rooting for ball dances, elicit beach parties, dresses, and feminine beach suits. This seems to be her way of getting to know herself better and realizing who she is.

The show also shows the contemporary challenges of modern love and relationships. Betty has always shared a special feeling for Conrad. However, Conrad, this summer, seems to be a changed person too. The crux of the story revolves around Betty and all the boys around her, falling in love with her.

She has shared screen romance with two boys, Jeremiah and an old acquaintance, Cam. Despite sharing a romance quotient with all of those boys, Betty still seems to be attracted to Conrad and is unable to emotionally invest in somebody who is not Conrad.

The setting comprises scenes where rich island kids are partying and making the most of their glamorous and high society lives. Han’s writing is complemented by a soundtrack stuffed with smash-hit singles that match the onscreen action in sometimes extremely literal fashion — i.e. Frank Ocean’s “Super Rich Kids” playing as the characters attend a party full of super-rich kids. It makes use of all those soundtracks that every viewer today, specifically females, would relate to, be it the albums of Ariana Grande or Doja Cat and even the title track ‘This Love’ by the very popular Taylor Swift. There is no doubt that these added elements have enhanced the viewer's attention and resulted in the audience’s engagement with the show.

Although Betty is the show’s protagonist, other forms of relationships appear in the show as well. Both of the women, Sussanah and Laurel,have been distant from their husbands, with Laurel being divorced from her husband around a year ago. They both struggle with their past relationships and raising their children alone.

Another web of relationships that has been established in the show is that of parenthood and the relationship between children and their parents. It is revealed in the show that Sussanah has been diagnosed with cancer and does not want to resort to treatment because of the painful process that follows. By the end of the season, it is her children, Jeremiah and Conrad, who help  her believe in herself and motivate her not to escape life. Only then does she agree to go through chemotherapy and refuses to give up.

Although the basic theme of the show is adolescence love life, it is felt that the most affecting and influential moments emerge from the family units and friendships and not from the ostensible couplings. The first season of ‘The Summer I Turned Pretty’ ends with Betty finally being with Conrad, the one she has ‘always loved’. It is, however, hopeful that Betty turns away from the romance material of her life and figures out her way of life as the woman she is growing up to be.

‘The Summer I Turned Pretty’ is now streaming on Amazon Prime Video.