“Thor: Love and Thunder” Two Weeks After its Release 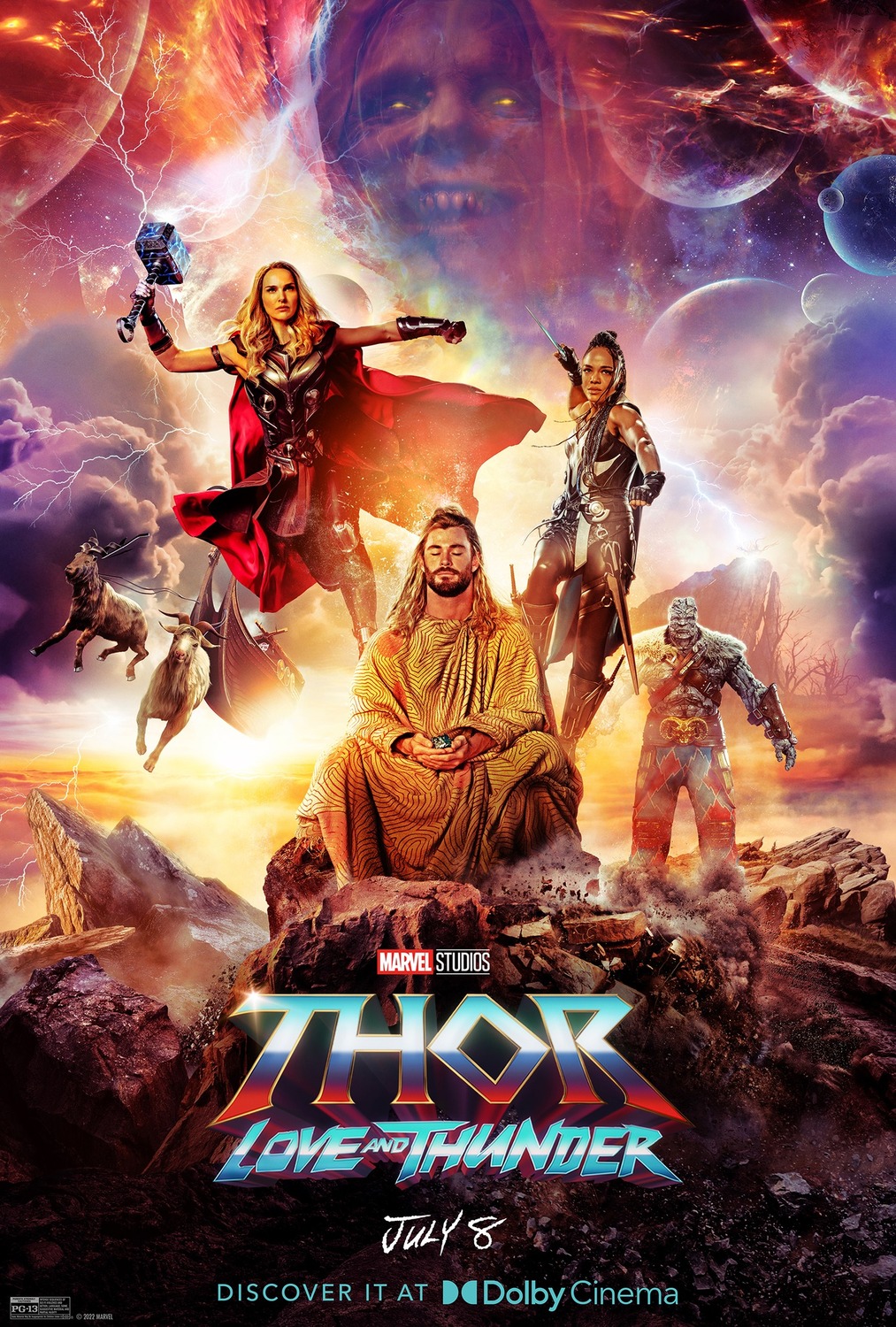 “Thor: Love and Thunder” is continuing to top the box office nearly two weeks after its release. When it comes to the film's quality, however, the audience is divided into two camps: those who love it and those who despise it.

Marvel Studios released two superhero movies in theaters in the first half of 2022, “Doctor Strange in the Multiverse of Madness” and “Thor: Love and Thunder”, with polar opposite styles. Doctor Strange (Benedict Cumberbatch) is a member of an elite group of intellectuals, a powerful sorcerer who have deep philosophical concerns about life, death, and the universe, whereas Thor (Chris Hemsworth) is generous, outgoing, and action-oriented.

Audiences will always prefer one superhero over another. In terms of film revenues, that favor can be seen. According to Box Office Mojo, “Doctor Strange in the Multiverse of Madness” grossed 450 million USD at the global box office on its first weekend. “Thor: Love and Thunder”, which was released two months later, earned 290 million USD worldwide.

The opening gross demonstrates the Thunder God's inferiority to the Sorcerer Supreme in his mission to please the audience. The disparity is primarily because “Multiverse of Madness” is a major milestone in the development of the Marvel multiverse, whereas “Love and Thunder” is more like a fun commercial before a serious event. The film features only one member of the Avengers team, Thor, while the plot is primarily focused on his personal life and his own adventures, with little contribution to the larger storyline revolving around the Marvel multiverse.

On the other hand, people are becoming increasingly skeptical of pure action superheroes.

After a week, the Rotten Tomatoes score for “Thor: Love and Thunder” has steadily declined. The rate of positive feedback from critics has dropped to 68%, compared to 72% when the film was first released.

This is also a setback for the “Thor” franchise, especially since “Thor: Ragnarok” received 93% positive feedback and was ranked among the Marvel Cinematic Universe (MCU)’s highest-rated films. It also received a slightly lower positive response rate from the audience than “Ragnarok” (only 78% compared to 87%).

The audience is puzzled by the series' decline in quality after just one film. The answer appears to be to do with the fact that the movie is confusing, too brightly colored and lacking in professionalism and seriousness. When the official poster was released, many fans assumed it was fake because the quality was even worse than a fan-made one. Not to mention the title, "Love and Thunder" is quite cheesy and out of place in comparison to the MCU's previous big naming motif with "Infinity War", "The Legend of The Ten Rings", and most recently, "The Multiverse of Madness”.

The image of Thor, who used to be a profound prince of Asgard burdened with many heavy responsibilities, has now been replaced by a humorous version, whose limbs are ahead of his mind and sometimes behaves as if he just came from the middle of nowhere.

People love the idea of a youthful and fun god, but they don't want a blonde superhero. In the eyes of many famous filmmakers, and a large part of the audience, Marvel superhero movies are only made to entertain and make money. “Thor: Love and Thunder”, sadly is matching the description. The film was disappointing due to its lack of depth, bringing to the screen potentially excellent characters that unfortunately could not be fully exploited.