Viewership And Money Are Why CW Canceled Major Shows 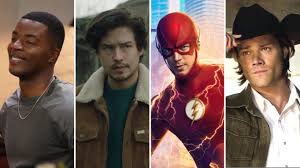 When your favorite show ends, it hurts. You enjoy the characters and the plot, and then the show is canceled without a final episode to close the series, especially if it ends with a cliffhanger. After the cancellations of DC's Legends of Tomorrow and Batwoman, the CW network recently canceled seven more shows that shocked viewers. Naomi, Legacies, 4400, Rosewell, New Mexico, In the Dark, Charmed, and Dynasty all canceled. While fans agreed that some should end, others were upset and disagreed with the network's decision. Leaving them to wonder why?

One of the reasons is declining viewership.

Ratings are a good indicator of how a show is performing, especially when compared to others on the same channel. Usually, networks renew the higher-rated series and cancel the lower-rated series. All the CW shows had low ratings, which led to cancellations. For example, Charmed was struggling to maintain its audience. A Collider article explained that Charmed averaged a total of 650,000 viewers weekly, so the show was running on borrowed time at CW. It states, "The show's fourth season opened to critical acclaim as new locations, new dynamics, and new characters were added to the show. However, that was not enough to save Charmed from its untimely fate."

Another reason is money. The CW capitalized on shows by establishing international broadcasting rights agreements. The billion-dollar deal Warners Bros. TV and CBS Studios (who both established the network CW) forged with Netflix. However, Warners Bros and CBS dropped the deal back in 2019 because both wanted to prop up their streamers, HBO Max and Paramount+, and those deals no longer yield massive profits. According to CBR, "The CW had long been a home for popular shows if low-rated, but with new ownership, the network is finally cleaning the house."

Riverdale is a teen-drama genre, giving younger people a feeling of maturity, excitement, and giddiness. The CW renewed Riverdale and other shows such as Walker, All American, Kung Fu, Nancy Drew, Superman & Lois, and The Flash. If you're questioning why popular shows like Legacies and Dynasty canceled, but Riverdale is renewed, again, money and social media. Instagram and Snapchat are full of clips from the show by various accounts that are reposted and commented on by fans, thus gaining popularity.

In the Collider article, Mark Pedowitz, chairman and CEO of the CW, pointed to the network's focus on shows that were important to the network's overall digital strategy. He cited, "As we prepare for the 2022-23 season, these scripted series, along with the alternative series we renewed earlier, will start a solid foundation utilizing some of our most-watched series for us to build on for next year and beyond. These dramas are also important to our overall digital strategy. They are some of our most-streamed and socially-engaged programming, and we look forward to adding more new and returning series to help strengthen and expand our multi-platform footprint."

Although recently, in a GQ interview, Cole Sprouse stated that after six seasons of complicated storylines and hijinks, most actors are ready to wrap up Riverdale and move on with their lives. He's grateful for the show but is prepared to grow again. So maybe it's a signal that it's time for the show to end?

Ultimately, viewers can't control what networks do; All they can do is continue to watch their favorite shows every week and talk about them on social media. The saying goes, "Don't be sad that it ended, be happy that it happened."

6 months, 3 weeks ago by JDPowell

I used to love CW shows (early seasons of Arrow and The Flash) but they just seem to go on endlessly. Why does The Flash need to have 9+ seasons and 170+ episodes? It's absurd lol