A Green Lesson from Africa 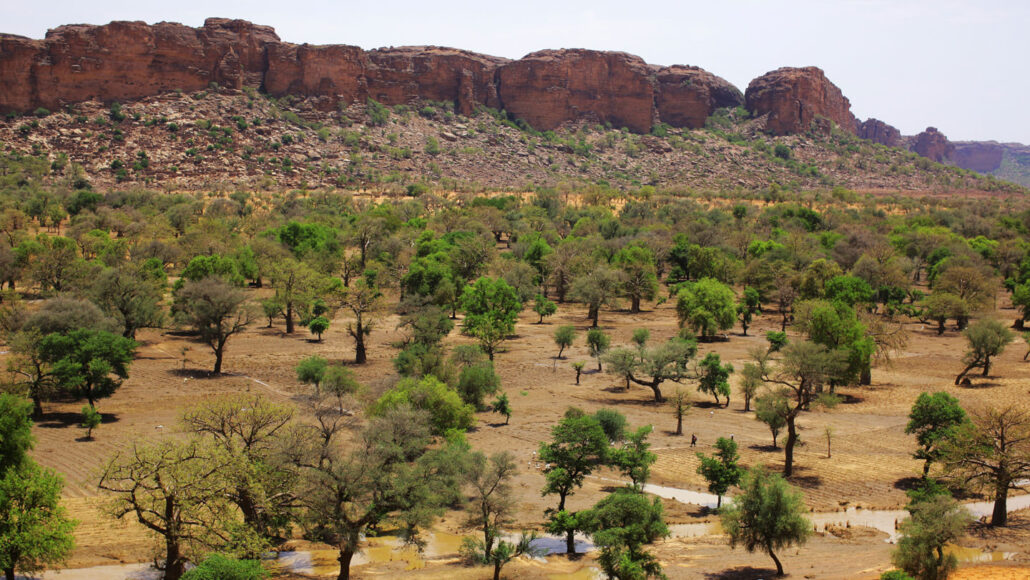 The ambitious “Great Green Wall” project was launched in 2007 by the African Union. This project, an 8,000-tree line corridor running from Senegal to Djibouti, across the Sahara and the Sahel, aims at restoring the degraded lands. It will do so by preventing the desert from expanding southward and promoting sustainable development.

The project dates back to the 1970s when desertification became much more visible, damaging great portions of land on the southern edge of the Sahara Desert, the Sahel. Combined factors like climate change, population growth, and unsustainable land management practices have increased the need to safeguard the region.

Based on an integrated landscape approach, the project will also create 10 million jobs, sequester at least 250 million tons of carbon, and secure about 100 million hectares of arid land for agricultural purposes.

The May 2022 COP15 conference of the United Nations Convention to Combat Desertification, held in Abidjan, discussed the progress of the Great Green Wall. Besides stressing the importance of this project for future investment opportunities and its environmental significance, the most important aspect is the high degree of coordination among the countries involved. Accordingly, this is a valuable opportunity to also improve the lives of the people living in affected communities.

On May 13th, during the second session of the same conference, researchers, NGOs, and experts in several fields gathered to work on guaranteeing the project’s completion by 2030. The participants pointed out that, besides afforestation, it is also paramount to ensure the population’s security and resilience. Access to important resources such as water, energy, food supplies, and agricultural means should also be assured.

Upon successful completion of the Green Wall, the environmental benefits are expected to be several. The tree line will increase the rainfall in the Sahel as a wetter environment facilitates water movement from the soil to the atmosphere. Moreover, average summer temperatures in Northern Africa and the Mediterranean would decrease and reduce the amount of dust released into the atmosphere thanks to the newly planted vegetation and create a darker ground able to absorb more heat.

The recent meetings helped maintain these hopes alive since notwithstanding the ambitious goals and the good start the project is still lagging behind. In 2021, because of increased temperatures and reduced rainfalls, many of the planted trees died. So far, only 4% of the project has been achieved and it is estimated that at least 43 billion dollars will be needed to go on with it. This led the organizers to focus on a series of small and community-based initiatives as they are considered more durable and successful. Some villages were able to plant tomatoes and onions thanks to the enriched soil. Nevertheless, some countries seem to have fared much better, like Ethiopia which, since 2007, managed to restore around 15 million hectares of deserted soil.

Despite environmental barriers due to the area’s nature and the slow progress, the project is still ongoing and the organizers appear to have maintained their initial optimism. The African-led movement, in cooperation with the UNCCD, has launched the global campaign “Growing a World Wonder” to mobilize citizens all around the world. It also aims to put pressure on governments, advocate for long-term investments, and get individuals involved, like artists, musicians, and filmmakers. This is because the most important goal of this African-led movement is, first and foremost, to become a global symbol of humanity and cooperation to overcome adversities and offer a better world to future generations.