A taster of what is to come? The European Heatwave 2022 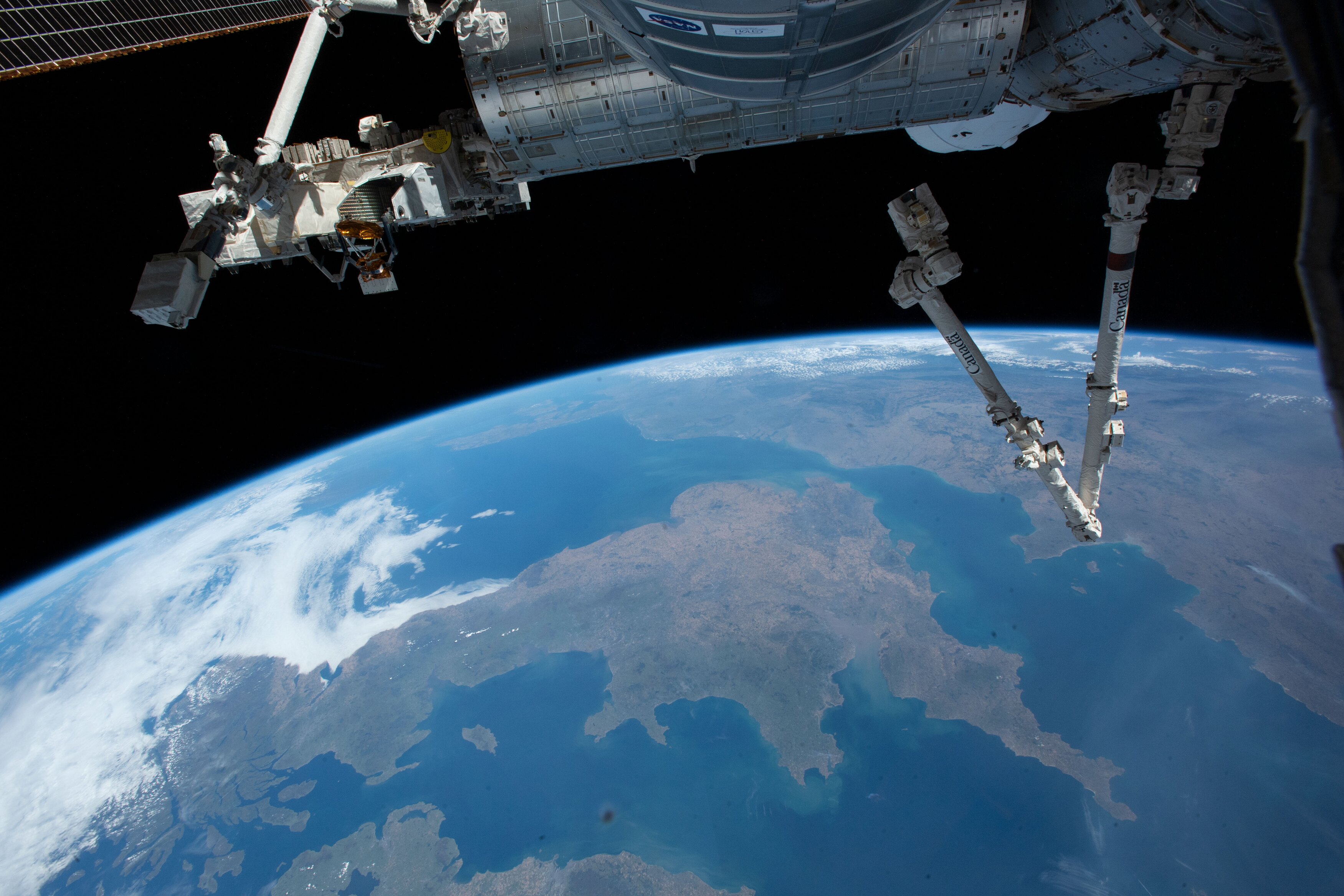 Photo credit: The UK as seen from the International Space Station, during the August 2022 heatwave and drought/ NASA/ https://eol.jsc.nasa.gov/SearchPhotos/photo.pl?mission=ISS067&roll=E&frame=261815

In the last few months, Europe has experienced several heatwaves and seen unprecedented temperatures, with many records being broken across the continent. On the mainland, temperatures up to 43°C were common from Spain to Germany, with the highest temperature recorded as 47°C in  Pinhão, Portugal on 14th July. All-time records were also reached in Biarritz (southwestern France) with 42.9°C. In the UK, the Met Office issued its first red warning for extreme heat, which came into effect for 18th and 19th July. It was then declared a national emergency. On 19th July, the previous record was broken as temperatures went above 40°C, with 40.3°C recorded in Coningsby (Lincolnshire).

What is the cause of all this extreme heat? Unsurprisingly, climatologists have linked it to the impact of climate change. According to the Met Office, in 2020 the chances of reaching a temperature above 40°C were low, but they are 10 times higher than in a climate without human impact. Speaking on a new study by scientists at Met Office Hadley Centre, lead author Dr Nikolaos Christidis said ‘The likelihood of exceeding 40°C anywhere in the UK in a given year has also been rapidly increasing, and, without curbing of greenhouse gas emissions, such extremes could be taking place every few years in the climate of 2100’.

The ‘Azores High’, a large subtropical, semi-permanent centre of high-atmospheric pressure, which influences the weather patterns over North Africa and Southern Europe is usually over Spain at this time of year, but in 2022 it was much larger and pushed further north. Heating from greenhouses gases has resulted in a change to the wind patterns and an expansion of the tropics.

On the whole, the UK, both its people and infrastructure, are unsuited to dealing with such temperatures. This summer has seen an unprecedent number of evacuations, fires and heat-related deaths. The majority of houses are not built like those in hotter climates. Thanks to thick insolation and double glazing, UK houses are more suited to retain heat than lose it. This has only exacerbated the problems with trying to cool down. As a result, the UK Health Security Agency (UKHSA) issued a heat health alert, warning of risk to the vulnerable. This system acts as an early warning system to help healthcare professionals to manage through periods of extreme temperatures, so as not to overwhelm the NHS. The head of extreme events and health protection at UKHSA, Dr Agostinho Sousa, said: ‘The most important advice for everyone is to stay hydrated, keep cool and take steps to prevent homes from overheating. Remember to look out for anyone who could be more vulnerable during this hot weather to ensure they’re following this advice’. Suggestions for keeping safe indoors included keeping curtains and blinds closed in rooms that faced the sun, to avoid hot showers and baths and to place ice in front of fans to circulate cool air. At least ten people were recorded to have died by drowning in open water during the scorching July period, including four teenagers.

However, this increased use of fans lead to another near-disaster in the UK: a blackout. Due to increased demand for electricity in south-east London, the National Grid paid the highest price on record for electricity, 5,000% more than the typical price, to Belgium on 20th July to prevent the region losing power. This was not the only strain in Britain’s resources: the London Fire Brigade (LFB) alone reported its busiest day since World War Two, receiving nearly 2,700 calls instead of its usual 350, with hundreds of fires across the capital putting such a strain on the emergency services that just three fire engines were left at one point. The LFB was one of 15 areas to declare a major incident on 19th July. Across the country, in the first week of August, 700% more fires were attended than during the same period last year. Dry thunderstorms which raged across the country on 19th July created additional fire hazards. Wildfires and grassfires broke out across the country for weeks in July, with Wennington (a village in east London) being a particular focus in the news as the fire ripped through the settlement, destroying dozens of homes. Wildfires were also attended at Salisbury Plain and Hankley Common (Surrey) to name a few.  In an attempt to protect spaces from fire, all major supermarket chains including Co-Op, Waitrose, Tesco and Sainsbury’s removed disposable BBQs from sale on the account of their being linked to a sequence of wild fires. A huge fire at Studland Health nature reserve (Dorset) was thought to have been caused by one, and two men were arrested on suspicion of arson in mid-August after a BBQ sparked a fire in Norfolk. Travel disruption was also a common occurrence, as train tracks buckled, roads melted and flights were suspended, including at Luton when a runway surface defect was detected.

In the rest of Europe, extreme temperatures have also had an impact on the Mediterranean Sea, where surface temperatures have been recorded as much as 5°C higher than normal. This will have a damaging effect on marine life. Additionally, due to the scarcity of water across the continent, lost villages and sunken war ships have been exposed. Low water levels in the Danube (Serbia) have revealed the remains of World War Two ships, still loaded with explosives, that were part of the Nazi fleet in 1944, while the ruins of an ancient bridge, possibly built by Emperor Nero around 50AD has been revealed to a much greater extent in the River Tiber in Rome. In Powys, Wales, the abandoned ruins of the lost village of Llanwddyn, last seen in 1976, have been exposed. Normally at this time of year, the reservoir would be 90% full of water. The village was abandoned in 1880 after a new reservoir was constructed to supply Liverpool with water. 17th century ‘ghost gardens’ have also been revealed at Longleat, in Wiltshire, after the hot weather killed off the grass to reveal impressions in the ground beneath, including a maze, pathway fountains and a bowling green, being described by curator James Ford as an ‘invaluable window’ into the site’s history. The severe lack of water, in the UK the rainfall in the period of January to June 2022 has been the lowest since 1976, has resulted in eight out of 14 Environment Agency areas to declare a drought, including Devon and Cornwall, Kent and the East Midlands.

With no clear resolution in sight to halt climate change, Europe looks set to experience these heatwaves with increasing frequency in the coming years. Experts predict that changes in the jet stream as a result of climate change will increase heatwaves in European countries three-to-four times higher than other countries in the northern hemisphere, including the US. Clearly, more needs to be done to reduce our carbon footprint, unless we want heatwaves like in Europe this summer, and the difficulties they come with, including fires, droughts and heat-related deaths, to become a common occurrence.