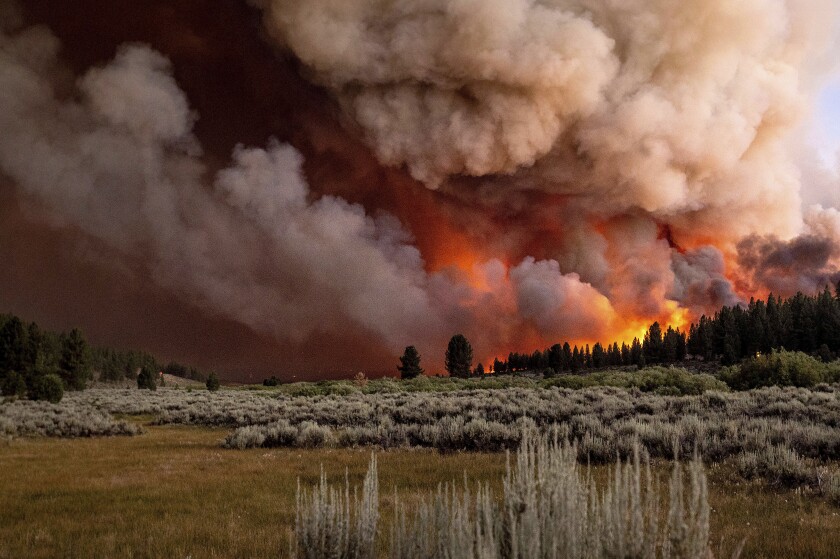 The explosive wildfire that erupted in California on the fourth of July doubled in size overnight, quickly consuming more than 3,000 acres. The fast-moving wildfire called the Electra fire has been burning through the dried grasses and rugged terrain of East Sacramento.

According to officials with the California Department of Forestry and Fire Protection, the fire has forced hundreds to evacuate and continues to threaten the critical power infrastructure. The cause for the spark, that started the fire around the afternoon, is still unknown but is under investigation. Officials say that fireworks or a barbecue could be a plausible  reason.

They claimed that the Electra fire is just one of the dozens that are burning across the West of America and that it is common to the season.

In mere months before wildfire activity usually peaks in the region, more than 4.5m acres have caught on fire across the US. The amount is more than double the decade's average for this time of year, according to the National Interagency Fire Centre (NIFC).

The Electra fire, which officials said was spreading at a dangerous rate, remains at 0% containment, forcing people in the area to evacuate. Gary Redman, sheriff of Amador country, east of Sacramento said that close to a 100 people, who were celebrating at the Vox Beach, have had to seek shelter in a nearby Pacific Gas & Electric Co facility.

He told the Associated Press that the evacuees had to remain in the facility for hours and firefighters had to work to clear a path to the facility so that a bus or patrol cars could be brought in to carry people out. They have been safely evacuated, along with other employees at around 9.30pm.

The utility company said the fire had also affected power for roughly 13,100 customers in parts of Amador and several distribution lines had been shut down to protect firefighters battling the blaze, at California Department of Forestry and Fire Protection's request.

The fire had also exhibited extreme behavior, generating large plumes of smoke, impairing air quality around the foothills and the Sierra.

California is paying the price of an extended period of drought, said Jon Heggie, a CalFire battalion chief, describing the stressed state of landscapes that are now more primed to burn. He said that the combination of desiccated vegetation and rising temperatures are symptoms of the climate crisis that have been intensifying.

He attested that the fire they are seeing is unlike what they've seen in the past, he said, adding that the agency needs to rethink how it is to battle such large blazes.

Scientists say that the state is not the only one facing these dangers as the NIFC highlighted in their recent outlook that areas of the Pacific north-west, Texas and Hawaii are also among those expected to face increased fires in the coming months.

Alaska has also reported an early onset of hot, dry conditions and has already had more than 2m acres burnt this year, endangering Indigenous communities and breaking records. The state has come across more than 200 fires and experts have cautioned that this may only be the beginning.

Disastrous Wildfire in the Southwest of France