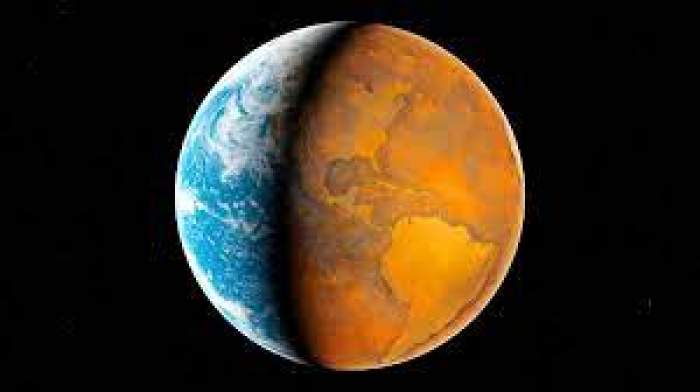 It's no longer news that climate change is happening around us. As time slides by, most things change. The level of technology used by the type of houses we build and even fashion is changing daily. Climate is also one of the many things that are gradually alternating as time goes by.

The inquisitive nature of humans has not only brought about much-needed discoveries but has also led to global warming and climate change. That notwithstanding, action to respond to climate change has been stagnant. Proposed responses to climate change also have social impacts that are irregular in their dissemination.

According to Global Climate Change- Climate change can be defined as the long-term changes in the weather conditions defining the general regional and global climates.

The change in weather patterns may involve precipitation, wind pattern temperature change, which have more weight
regarding climate issues since it mainly deals with global warming, which has many effects.

Climate change focuses on the relationship between science and society as well as challenges global governance institutions. Today's climate change is principally the consequence of human and natural systems such as human emissions of greenhouse gases from fossil fuel combustion, deforestation, and agricultural practices. Wealthier countries produce more greenhouse gas emissions per person, whereas poorer countries tend to be more vulnerable to the numerous impacts of climate change.

The changes we've seen in the climate since the industrial revolution include higher temperatures, differences in rainfall patterns, modifications in the frequency and dispersion of weather incidents such as droughts, storms, floods, heatwaves, and sea-level rise. The causes and impacts of climate change are not parallel, raising questions of social justice.

Climate change has many causes - and this is classifiable into two: natural and human-caused. Some scientists argue that the earth is not warming at all. Others accept that the world is warming. Others welcome the idea that the globe is warming but maintain that the causes are predominantly natural.

The natural cause maybe as a result of volcanic eruptions. And the number of solar radiation hitting the surface of the earth. The main human factors and activities causing climate change may include deforestation, increase burning of fossil fuels such as coal, industrialization, etc.

Carbon dioxide- The maintenance of the earth's temperature depends on the balance between the energy emitted by the sun reaching the earth's surface and the vivacity that bounces back to space. Carbon dioxide absorbs heat that jounces back; The heat that is supposed to be lost in the cosmos, and at times act as an insulator that insulates heat within the earth's atmosphere that is /re-emitted back to the sphere, thus causing additional heating of the planet.

The changes in the climate have caused a lot of effects on the environment. Some of the outcomes include a rise in sea levels and warming of the oceans, intense drought that has threatened life, melting of glaciers, storms, and more intense heat waves.

Scientists universally think that the impacts of climate change will be confounding for natural and human systems. Many scientists also opine that climate change poses an existential threat to human civilization. Climate change continues to act as the first global social dilemma, and it has proven politically intractable at multiple governance scales.

There are two categories of response to the warnings identified by climate scientists:

Adaptation is a process of adjustment to climate change, in which humans take action to moderate or avoid turn-down impacts and exploit beneficial opportunities. The process could involve shifting to crops that thrive in the modified climate conditions or building coastal defenses to protect against sea-level rise. The other recourse is the reduction in human discharge of greenhouse gases to reduce the extent of climate change. Human greenhouse gas emissions come primarily from the combustion of fossil fuels, deforestation, and agricultural practices.

Mitigation, on the other hand, is replacing fossil fuels with renewable or low-emission alternatives.; preserving, planting forests and, shifting agricultural practices. The dispute is that an immense amount is incurred moving from the current techno-economic system to low- or zero-emission alternatives.

Since the dominant causes of climate change are predominantly human factors, it might be easier to control them the same way. Some people believe that climate change is inevitable hence helping and naturing people to adapting to the changes is more effective. Creating awareness about the same can be of great help. The government should come up with policies that fight climate change. They should also support all efforts to promote changes. Laws governing acts such as those found in deforestation should be implemented and capitalized. Willful defaulters should get the punishment they deserve.

The government of nations should also organize activities such as the national tree planting day. There should be proper awareness of the usage of clean sources of energy such as wind and solar. Different industries should also be engaged in coming up with ways of preventing the greenhouse gases such as carbon dioxide from being released into the atmosphere. In these ways, we may reduce climate change and its effects.

It's true that climate change is inevitable but it's also true that our efforts can change the rapid effects of it. We can't stop it but we can slow down the rate at which it spreads.

1 year, 8 months ago by womwheel

Well put together. Yes, global warming is an issue that everyone should be aware of, however, is sad to know that many individuals don't believe is happening.

1 year, 8 months ago by gitahi

An excellent and important piece of writing. We can not end global warming (for sure) but our small efforts of awareness and adaptation of renewable energy will go a long way in reducing the effects which global warming will bring across. Great piece Edna !

1 year, 8 months ago by Emmanuelgrey

This is a great, important write up because Global Warming is such a broad topic to cover. Plus the trees do a great job of balancing climate and providing oxygen. 💕