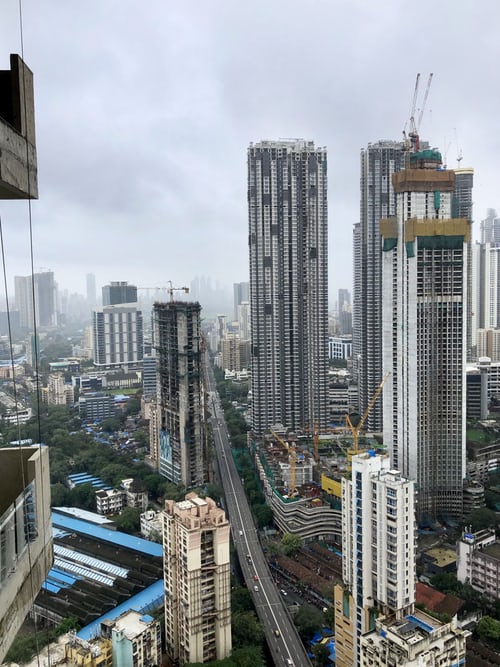 In a recent study, Mumbai has been discovered to show dangerous signs of climate change. Mumbai has lost 40% of its green cover and 81% of its open land.

Research has been conducted by the Faculty of Natural Sciences, Jamia Millia Islamia, New Delhi; Osmania University, Hyderabad; and Aligarh Muslim University, Uttar Pradesh. This study is called "Urban Heat Island Dynamism" in response to Land use/ Land cover change in the coastal city of Mumbai. It was published in the 'Springer Nature journal. It is a peer-reviewed journal of the Indian society of Remote Sensing.

The authors made use of satellite imagery (USA-NASA Landsat databases freely available). In this study, they covered 603 km. sq. area of the Mumbai region, including the city as well as the suburban region. The goal of the study was to understand the changes in land use and land cover, the differences in maximum, minimum and average temperatures (for Urban Heat Island intensity), temperatures of the land surface, vegetation cover changes in comparison to the urban built-up density between the years 1991 and 2018.

The conclusion of the study

The study concluded that in a span of years from 1991 to 2018, Mumbai has lost 81% of its open spaces, which includes barren lands without any signs of vegetation, 40% of green cover, including forests and scrublands, and around 30% of water bodies in the city including ponds, lakes, and floodplains. During the same period, there has been an increase in the built-up area by about 66%. The study also stated that in 27 years, the city of Mumbai has experienced an average temperature rise of 2 degrees Celsius.

The study also mentioned that if the urbanization and landscape transformation keep on at the same pace, the Urban Heat Island intensity is also supposed to increase further.

The Urban Heat Island effect causes a micro-climatic phenomenon due to which extreme heat is experienced when one roams about in the urban landscape. Several factors are responsible for this. The most prominent one among those is the use of materials like concrete, as explained by Atiqur Rahman from the Department of Geography, Faculty of natural sciences in Jamia Millia Islamia University.

Health Risk Related to the phenomenon

The transformation of the green cover into built-up land on a huge scale in the name of the development of infrastructure is the reason for the declining green cover in Mumbai. This decline in the green cover is in turn leading to the rise in heat intensity. These situations will lead to the deterioration of the urban thermal environment but as well as increase the chances of serious health risks to the people in the city.

According to Atiqur Rahman from the Department of Geography, Faculty of natural sciences in Jamia Millia Islamia University, "This will not only deteriorate the urban thermal environment but also increase the serious risks to health for city dwellers." He further added, "This rise in heat intensity in Mumbai is linked to the declining green cover in the city, which is the result of the large-scale transformation of the green cover into built-up land for the infrastructural development in the city."

In another study conducted by IIT Bombay in 2020, Mumbai was reported to lose 22.6% of its green cover in the period between 2001-2011. The losses crossed over 60% in some western suburbs. The study also stated that some neighbourhoods also experienced "witnessed extreme levels of un-greening." According to the study, sixty-eight of the city's eighty-eight census wards lost green cover in 2001-2011. The per capita greenery was also reduced by a median of 2.8 square meters per person. This decline was in quantity as well as quality. Many neighbourhoods also saw the fragmentation of the green spaces. This high-intensity loss mirrors the pace of commercial and residential development in the 2000s.

Climate change has become one of the major issues around the globe in the last few decades. Changes in climate in different parts of the world have the potential to affect the environment and climate of other parts of the world as well. These changes also present major health risks to native people as well as many others across the globe.

The climate change conditions in Mumbai are no different. With the ever-increasing rate of urbanization and modernization, open spaces and forest covers are completely obliterated in the city and suburban areas. Infrastructural development is surely taking place but at the cost of our natural environment and resources. These changes in the climate and environment are a reason for concern as they give rise to a plethora of issues like an increase in average temperature and health risks. The loss of trees as a part of the green cover can also give way to floods, famines, landslides, impurities in the air, or pollution of all kinds.

This effect will also not be limited to only the city of Mumbai. Urbanization and infrastructural development can now be seen everywhere in the country. With these changes in the natural environment of any city or area, the same phenomenon is bound to happen sooner or later. The people of those areas will be exposed to the same risks, and this will continue to grow further without any checks.

The need of the hour is to develop sustainable methods to balance things in nature. Development is an essential part of life, but one needs to develop methods of development that do not hamper the natural environment we live in.