Dark Side Of Fashion And Fads 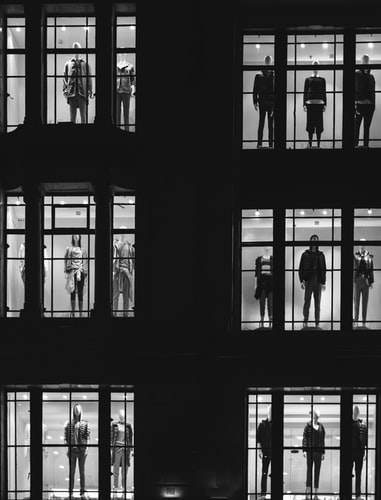 The fashion and fad industry is bad for humanity and the planet. Starting from the fact that it is the second most polluting industry in the world emanating, 10% of the planet's carbon production and it’s the world's second-largest consumer of water. Over the years, due to the advent of the internet and globalization, fashion and fads have increased, leading to an increase in damage to this planet.

Hunting and exploiting animals to get good quality leather and animal skin clothes for high-end fashion till animals got extinct was a story of old times. Today vogue has taken the dark side. Humans are the creator of fashion and fads, but little do we know that fashion is now consuming its creator and has set the way to lead us into the dark side of destruction.

It is unethical and unsustainable as brands need consumers to buy new clothes. They bring out the cheap and poor quality of clothes in the synthetic market. Polyester, viscose, nylon is among them. They contain microfibers that mix into the food, air, and water humans, flora, and fauna consume.

Manufacturing consumes a lot of water we cannot imagine, and in return, emits a tremendous amount of carbon and micro-plastic emission into this planet, pioneering humans and plants in danger.

According to UNEP, textile dyeing is the second largest contributor to water pollution in the world. And almost 72 types of toxic chemicals are identified by The World Bank and released in water in this process.

Also during the process of treating fibres with various chemicals to give different features to clothe like water-resistance or anti-wrinkle, processes, like softening and bleaching along with various other treatments are done.

Bangladesh waters run pitch-black colour with no fish living inside them and are unsafe for kids. The sole reason is that this country is the largest garment producer in the world, which has polluted the country's water for years.

The chemicals used in manufacturing innumerable clothes affect the water, air, land, and food of Earth. Plants and animals near those manufacturing plants get destroyed, affecting a large portion of ecosystem biodiversity overall.

With so many seasons collection and releases with quick fading fads and temporary closet clothes due to poor quality, there are lots of wastage which piles up. This 85% of textiles take up to 200 years to decompose in general, so the landfill gets filled every year before the old ones get to sort out. These unnecessary piles create a tremendous amount of greenhouse emissions, when burnt or sit in landfills directly or indirectly.

Animals are already on extinction stage, thanks to us for exploiting them for our needs excessively. But the ones who are surviving are left unprotected from this industry.

Talking about human harm caused by the fashion industry, then let's start with children. Kids are sensitive to chemicals and toxic substances released by the garment industry into everything they eat, do or breathe. Fragile bodies of children will end up having long-term problems like asthma due to microfiber, cancer, and severe brain/blood clot issues due to chemicals and microplastic present in water and food, etc.

They will be left with little to no resources in the future for themselves to use. Child labour is another major issue. Fashion brands host on underprivileged countries to get cheap labour for their cloth production, and among that, children are the most contributor of those cheap labour. Bangladesh, China, India, Argentina, Brazil are among those cheap garment-producing countries with economic labour present there.

Not only kids but also 50% of adult labourers are paid below minimum wage, with 75 million workers deprived of labour rights in their own respective countries. Like animals, they are forced to work in toxic conditions. They are exploited to the core and led to the pit of the dark side of this industry.

Talking about health, we know that humans have become the prey of their own made evil industry except for industrialists of that field. Due to chemicals released by industries like dyes, bleach, and microplastic, humans have many issues. Such as many forms of cancer along with other issues like gastrointestinal problems, skin irritation, congestion, blood clots, asthma, etc. These chemicals enter into human food when that water is directly consumed or indirectly applied, to irrigate crops that contaminate vegetables and fruits. Microplastics are so meagre that it almost becomes water-soluble and mixes with water like sugar.

The government should enact environmentally policies to prevent this industry from creating harm to the planet and humans by countries should be implemented strictly.

Brands should take a step for sustainable fashion with comprehensively changing to end needless production of clothes in excess and exploitation of workers, especially children.

As individuals, we can buy and look for sustainable, cruelty-free, and fair-trade clothing options. Also refurbishing, our closet to most animal and eco-friendly material clothes by recycling and repurposing the old ones can help a lot.

The Great Resignation: The Power of American Workers