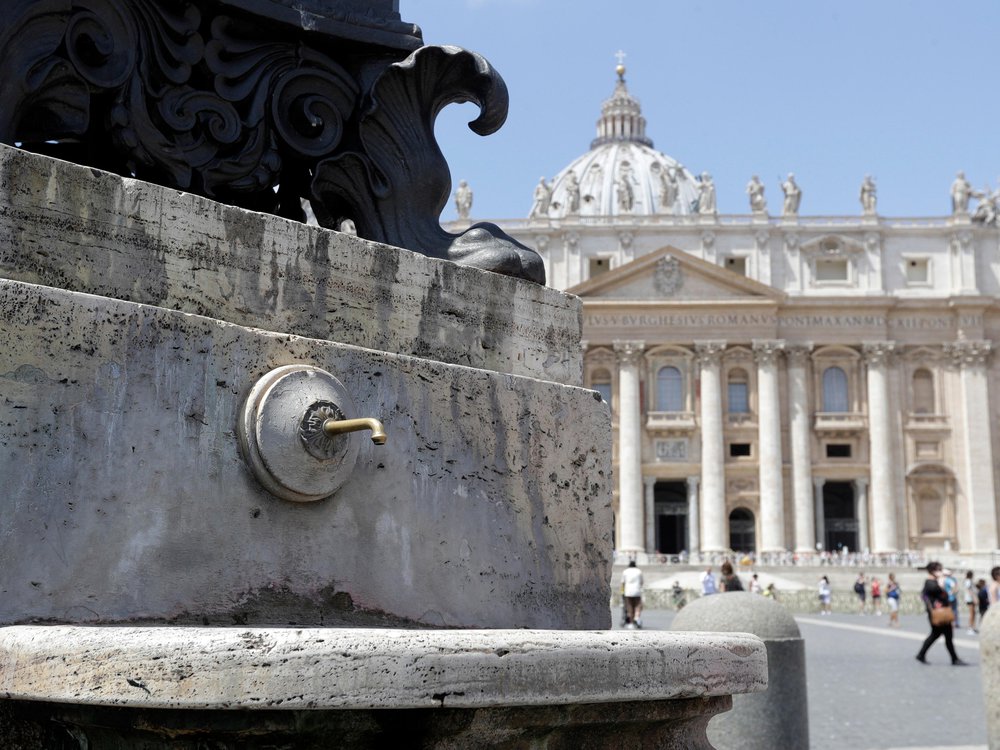 Italy is struggling with its worst drought since 1952 after decreased rainfall for months. The Po River, Italy's longest river, has reached its lowest water level.

Rising temperatures and snow shortages in the mountains, which normally nourish the river, exacerbate the current water shortage situation in Italy.

The vast waterway that stretches from the Alps in the northwest to the Adriatic Sea on the east coast is a vital source of water for several regions of Italy, used for drinking water, agricultural irrigation, and hydropower in the north of the country.

Areas that rely on the Po River water are urging the government to declare a state of emergency.

Health Minister Andrea Costa said the "emergency conditions" in Lombardy, Piedmont, Veneto, and Emilia-Romagna has been assessed. More than 100 towns in the Po Valley have been asked to follow water rations amid the drought. The declaration of a state of emergency will give the green light to the implementation of the water rationing plan throughout the areas facing water shortages.

There are also growing concerns about hydropower plants, which have produced about 40 to 50 percent less energy over the past few months. A factory in Piacenza in northern Italy, is forced to temporarily shut down its turbines due to low river water levels.

In Lazio region, the government of that region had previously independently declared the situation "catastrophic". The situation led to water restrictions in several municipalities around Lake Bracciano, 32 km northwest of Rome.  These measures prohibit the use of water for washing cars, watering gardens and cleaning outdoor areas.  In the capital, the city's water decision-making body reduces pipe pressure to reduce water consumption without having to cut it off.

Some local councils are evaluating water restrictions for fountains and water parks. The Parks and Gardens of Italy Association recommends the use of seawater in offshore attractions.  Other parks may have to be closed.  Rome emergency measures may turn off public beverage fountains, as happened during the 2017 drought.

If water rationing is implemented, Italians will face their drinking water supply cut off overnight.

The mayor of Milan, Giuseppe Sala, has ordered the closure of all the city's decorative fountains to counter the negative effects of the severe drought that threatens northern Italy.

"The decree turns off decorative fountains other than those used to feed plants and animals. The use of sprinklers is limited except for seedlings," Sala said.

The mayor also ordered that shops in the Italian commercial and fashion capital are not able to set thermostats below 26 degrees Celsius and that they should keep their doors closed to avoid over-taxing the electricity grid.

In addition, the Archbishop of Milan prayed for rain on and visited churches on the outskirts of the farmland.

Italy's drought has dried up vital rivers for irrigation and threatens the value of agricultural products at around 3 billion euros. The Italian Confederation of Agricultural Producers has lost 30 to 40 percent of its seasonal harvest.

The weather forecast for the rest of the month has also raised concerns, with temperatures expected to be between 10 and 12 degrees Celsius higher than normal next week and peaking at 44 degrees Celsius in the islands of Sardinia and Sicily.

There are currently no restrictions on travel to Italy due to drought. However, travelers should be aware of more emergency measures to be taken soon.