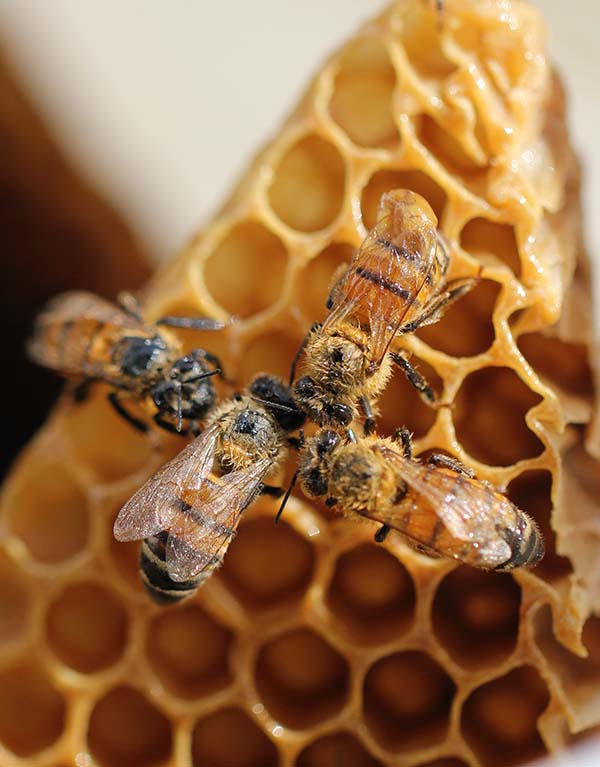 People have been known to fear insects, and bees are no exception; however, bees are essential to the environment, and without them, the world will face trouble. Bees fly from one plant to the next as they pollinate the flowers that will eventually produce fruits, vegetables, and flowers.

According to Melissa Petruzzello on Britannica, if bees were to completely die off, the world would face multiple issues such as certain food crops and other various plants ultimately dying off if mankind did not step in to fix the situation. Petruzzello explains that the reason for this is that specific bees pollinate certain plants and orchards.

If the bees died off and pollination was no longer done by them, then certain animals and plants would also begin to die off due to the fact that specific plants that were pollinated by the bees could no longer grow. Pollinator Partnership Canada states that hummingbirds also help to pollinate different flowering plants within North America, but would hummingbirds be able to take over the bees’ role if they were to go extinct?

Sam Coppard on Discoverwildlife.com states that there are over 350 hummingbird species, and apparently, every year, new ones are discovered. This could mean that hummingbirds could continue pollinating the flowering plants if bees were to go extinct, but that would not solve the issue of honey.

Petruzzello on Britannica explains that even if all the bees were to go extinct, it would most likely not cause famine; however, bees play a huge role in agriculture, and eventually, fresh produce would not be as easy to obtain and could end up costing more in the long run. While pollinating flowers by hand is an option, it is not easy to do. Instead, it takes a lot of effort and time to go to every single flower and pollinate them.

The question remains as to why the bees are going extinct, and Angelica Pizza on Brightly.eco shares some information on what is happening. According to Pizza, one of the reasons that bees are going extinct is because they are losing their habitats. The chemicals and pesticides that farmers have begun using are affecting the bees, climate change, and disease.

Angelica Pizza states that the chemicals and pesticides used can paralyze and kill the bees; however, Pizza explains that climate change is the ultimate factor in the decline of bees. Angelica Pizza also states that when bees lose their habitats, they cannot reproduce, which in turn does not allow them to pollinate the flowers.

Pizza explains that everybody can help the bees, and it’s quite simple. Pizza asks that people with a garden or people thinking about starting a garden could plant pollinator-friendly plants such as basil, rosemary, or sunflowers. Pizza also recommends avoiding pesticides as growing plants organically will aid bees and help fight against their extinction. Another way to help the bees is to buy organic honey products from local beekeepers, especially the bee farmers that focus on healing the many bee populations.

Some people are genuinely afraid of bees, or maybe they are deathly allergic to them; however, when you see a bee and are scared of them, instead of killing them, you can choose to walk away and help protect the species before they are gone for good. The Wildlife preservation states that when a bee stings someone they will end up dying, and this is because their stinger becomes stuck in your skin. They will die when they attempt to remove it because it pulls their insides out.

Hopefully, after reading this article, you now understand why bees are crucial to the environment and why protecting them instead of killing them can make a big difference in the population of bees.