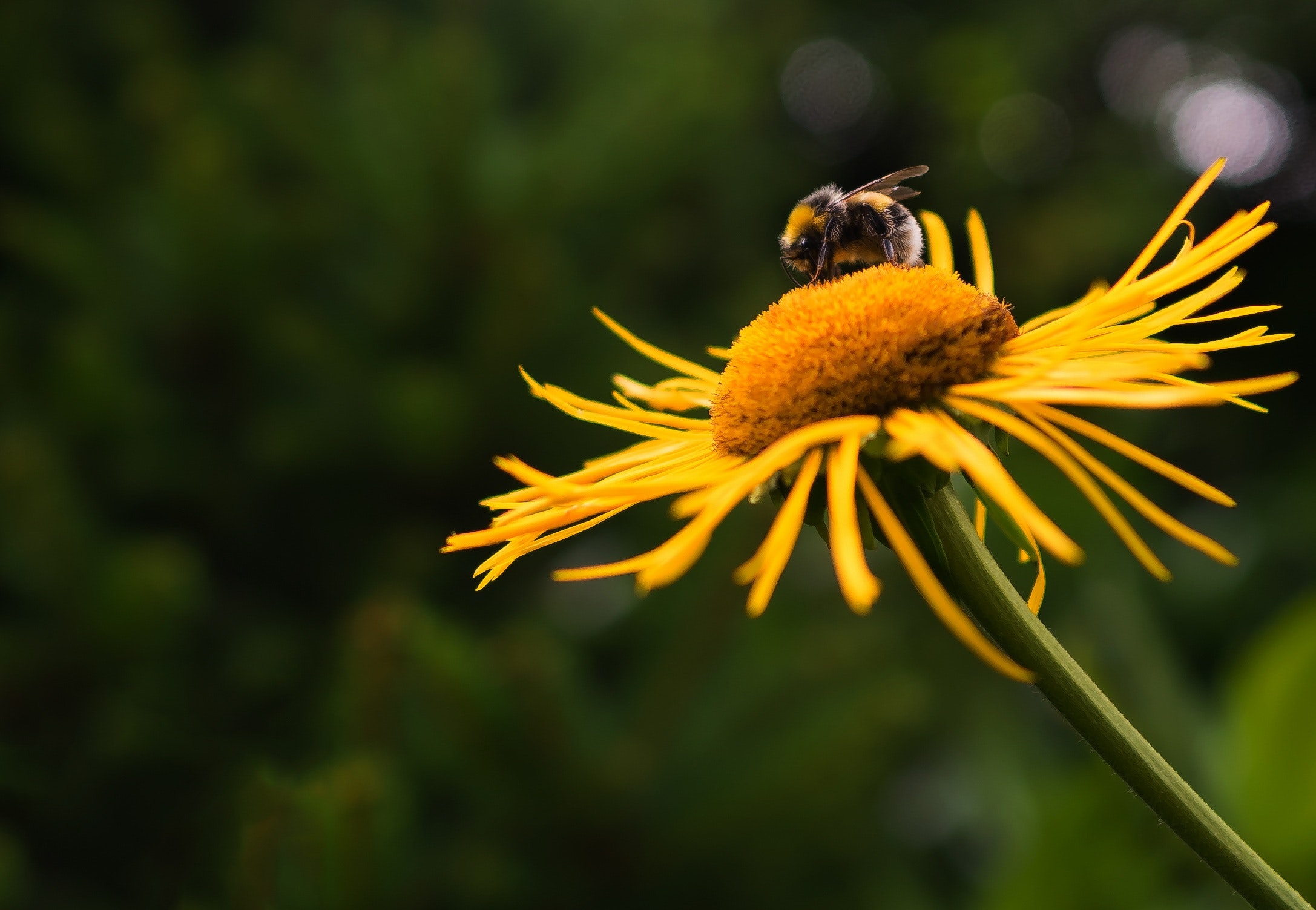 On Wednesday, the 9th Circuit US Court of Appeal ruled that the Environmental Protection Agency (EPA) unlawfully allowed the use of the bee-killing pesticide sulfoxaflor in 2019.

The ruling came after the Center for Food Safety, the Center for Biological Diversity, the Pollinator Stewardship Council, the American Beekeeping Federation, and commercial beekeeper Jeffrey Anderson sued the EPA for removing the limitations previously imposed regarding the use of the pesticide, which is produced by Dow Agrosciences LLC.

“Studies show that the widespread adoption of systemic insecticides has made our landscapes 48 times more deadly for pollinators like honeybees. Pollinators are critical for the country's food supply. EPA must immediately stop pesticides like sulfoxaflor that kill pollinators,” said Steve Ellis, president of the Pollinator Stewardship Council.

What exactly is sulfoxaflor?

Sulfoxaflor is an insecticide that, according to the EPA, is more effective on pests that are becoming resistant to other insecticides. It is not believed to pose a risk to humans, but it is harmful to pollinators. Honey bees seem to be among the most affected species. In some of the data presented during the case, it is proven that the chemical is highly toxic to honey bees. The Center for Biological Diversity argues that “by their calculations, the rates EPA approved will put individual adult and larval honey bees at a risk that is up to 540 times greater than the EPA’s baseline level of acceptable harm.”

But sulfoxaflor harms other species as well. A 2018 study published in Nature concluded that low levels of exposure to the chemical pose risks for bumble bees. “Field-based colonies that were exposed to sulfoxaflor during the early growth phase produced significantly fewer workers than unexposed controls and ultimately produced fewer reproductive offspring,” the research states.

In addition, the Center for Biological Diversity argues that this pesticide could harm other species that have not received sufficient research, such as ladybugs and small mammals like bats.

How do pesticides become approved?

To understand the importance of this court ruling, some background regarding the framework for approving pesticides is necessary. Before being allowed for commercial use, the pesticide company must seek EPA approval. To do so, the company must provide all the relevant data regarding the pesticide, such as its formula, impact, description of the tests conducted, and toxicity levels. With all the information gathered, EPA then conducts a “cost-benefit analysis to ensure that there is no unreasonable risk created for people or the environment from a pesticide.”

In addition, EPA must comply with the Endangered Species Act (ESA), which requires the EPA to provide a so-called “effects determination"—a biological assessment addressing the effects of a proposed action on a critical species or habitat. And it must also comply with the Federal Insecticide, Fungicide, and Rodenticide Act (FIFRA), which requires EPA to provide a 30-day public comment period. This standard procedure is beneficial for EPA because public commentary helps make a better risk assessment.

The story of this pesticide dates back to 2010, the year when Dow first submitted an application for sulfoxaflor. In 2013, EPA partially approved the use of the pesticide on the basis that more studies would need to be submitted to evaluate its risks. But then, seven months later, EPA backtracked and decided that it had sufficient evidence to unconditionally approve the pesticide.

In 2015, the 9th Circuit Court of Appeal dealt with the case for the first time. During that court ruling, the panel agreed that Dow did not provide enough scientific evidence to back the safety of the pesticide and overturned EPA’s decision to allow it until further studies would be provided. As a result, EPA stopped the manufacturers from producing and selling pesticides containing sulfoxaflor.

But the ruling did not last long. The following year, EPA approved the chemical once again, but with limited uses. More specifically, the pesticide was allowed to be used in crops that do not attract bees while also being granted an ‘emergency exemption’. This procedure is routinely used whenever there is an urgent need, for example an outbreak of crop-damaging insects, provided that the user will not exceed the time limit granted and that it will have a reasonable certainty of no harm.

But at that time, nonprofit organisations such as the Center for Biological Diversity had already issued statements regarding EPA’s chronic misuse of emergency exemptions for pesticides. The group argued that the agency far too often “treats long persisting conditions as emergency conditions” and that by doing so it “facilitates widespread use of pesticides that are not eligible for registration because of possible risks to human health and the environment.”

Despite the warnings, in 2019 without any notice to the public, EPA unconditionally approved the use of sulfoxaflor on a massive scale in crops, therefore eliminating the restrictions made three years prior. The court ruling paper mentioned that EPA justified the expanded registration of the chemical based on new data that demonstrated “no unreasonable adverse effects to honey bees” and on the fact that “the pest-control benefits outweighed the risk to the bee population.”

So, what were the Court of Appeal's findings?

The court ruling found that EPA did not comply with any of the acts it was required to. In a strongly worded statement, the court decided that the environmental agency violated ESA by not providing the ‘effects determination’ assessment necessary for registering sulfoxaflor.

Although EPA admitted the violation, it stated that it was due to a “lack of resources” and that it was prioritising other pesticides instead. But the Court rejected the defence because “resource constraints and agency priorities do not justify an agency’s noncompliance with federal law.”

EPA was also found to have violated FIFRA after the plaintiffs argued the agency failed to provide the 30-day comment period before the 2016 limited-use registration of the chemical.

Is this the end for sulfoxaflor, then?

During the court proceedings, the plaintiffs also asked for the annulment of the 2019 sulfoxaflor registration, but the request was not warranted. Despite the seriousness of the violations, the court found that EPA “did not greenlight sulfoxaflor in total disregard of its potential harm” because a new ecological assessment was provided based on Dow’s data.

In addition, the plaintiffs’ request was denied because the court claimed that sulfoxaflor’s toxicity levels are still lower than its alternatives and that warranting the appeal would become detrimental to the agricultural sector.

For these reasons, EPA’s action did not warrant the annulment of the 2019 chemical registration, and instead, the court issued a mandate for EPA to provide the ‘effects determination’ as well as FIFRA’s mandatory comment period within 180 days.

Not a unanimous decision

Despite the ruling, the court paper also included the partial dissent of one of the judges, Eric D. Miller. He agrees with the finding that EPA unlawfully approved the use of the pesticide and states that for this reason, sulfoxaflor registration should be overturned.

“It is the EPA’s job, not ours, to assess the risks of a pesticide. But it is difficult for us to know whether the EPA did so correctly when its errors obscure our view of the alternatives. I do not share the court’s confidence that the EPA’s violations could not have made a difference,” Judge Miller wrote.

He then disagreed with the fact that reversing the registration would have consequences for the agricultural industry and claimed that if the appeal is not overturned, EPA will continue to violate the statutory procedures.

“The EPA has a long history of violating the ESA by not preparing effects determinations. Although it says that it is working to remedy its pattern of noncompliance, it admits that it has a backlog of ‘many hundreds of pesticides [that] have been approved and are available for use but have not undergone ESA review’”.

“How long does the agency expect us to excuse its failure to follow the law?” Miller concluded.