European Green Deal: A Step Forward or a Hoax? 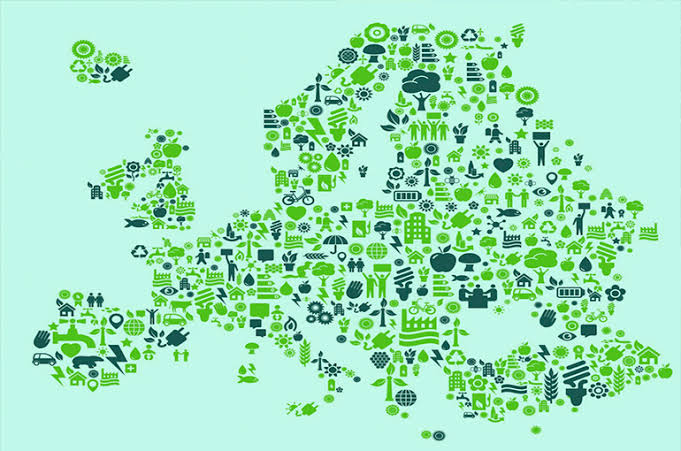 Humans have used and abused nature, to an extent that its consequences have started to appear on the face of the Earth.

With the emergence of Industrialization in Europe, began an age of massive exploitation, and with the rise of capitalism and Imperialism, more and more demand emerged for raw material. This emergence led to an even rampant progression in clearing up of forests and setting up of factories, which started covering entire urban landscapes in a dense cloud of smoke.

In 2021 alone, the Amazon Rainforest in South America, known as the ‘Lungs of the Earth’, has had 430,000 acres of land cleared and burned to supply for the logging industry and forests, are being turned into grasslands for livestock breeding. It is a question to ponder upon, that if we, as humans are doing this to the ‘lungs’ of our system, what would be the condition of other forests?

To reverse the ill implications of the same, countries have started taking measures. One of the significant steps taken in this direction is considered to be the European Green Deal. It has a mission to transform the European Union region into a modern, resource-efficient, and competitive economy. It has a goal to restore the lost biodiversity as well as to cut down on environmental pollution.

In sync with the global efforts to limit global warming and temperatures to1.5-2 degrees Celsius above the pre-industrialization average, the Deal has aimed to ensure that there is no net emission of greenhouse gases by 2050. To achieve Climate Neutrality by the said year, the European Commission has proposed a European Climate Law to turn the Nations’ commitment into a legal obligation.

Further aims include economic growth decoupled from resource use and the idea that no person and place should be left behind. They have promised financial as well as technical support, to those who are affected by this shift towards a more greeneconomy. This “Just Transition Mechanism” would mobilize 100 billion Euros throughout 2021-2027 in the most affected regions due to the transition.

The Green Deal has been termed as the Bloc’s most ambitious project. It aimed to counter climate change and environmental degradation with backing from all members of the Union except for Poland. The Union is on track for Greenhouse Gas emissions till now, with a further goal to cut emissions by at least 55% by the end of this decade.

The European economy is moving towards a clean, circular economy through a Circular Economy Package to boost competitiveness, ensure economic growth and generate new jobs. It includes covering the full cycle of products, from sustainable new materials for production to their disposal and waste management and further utilization in producing secondary raw materials.

The 2030 Biodiversity Strategy would ensure a systematic plan for conserving nature and reversing the degradation of ecosystems. The goal is to put Europe’s biodiversity to recovery by 2030. It provides innovative ways to implement legislation effectively, newer commitments to be undertaken, measures, and governance mechanisms to reach the target goal.

In the next month, July, the Commission would review and revise the necessarily relevant policy instruments to keep on track. However, this does not imply that the deal is infallible without any loopholes. There are major concerns regarding it, and many social workers and environmentalists have voiced their issues.

The foremost being the push for greener sources by the First World would shoot up the demand for metals like nickel, cobalt, and lithium. Laborers working these mines face dangerous working conditions as there are no stringent laws specifically governing these mines. The most worrying factor is the employment of children, who are exposed to health risks as well as a denial of education. The extraction of lithium uses large quantities of water which has accelerated desertification and depletion of underground water in various countries of South America.

The European countries have ignored the massive and primary role of colonialism and capitalism in the degradation of the environment. The motive of the deal has been worded as a need to revive ecosystems. And an opportunity for Earth to breathe again. Humans have degraded nature enough. They do not accept that Global North is the main culprit behind the rampant exploitation in the name of capitalist and imperialist success.

It was due to the hunger for machines in Europe that raw materials were over-exploited in the colonies. It posed not only an environmental detriment in these countries, rather posed a danger of exceeding capacity on human life as well. Natural forests and ecosystems in Africa and Asia, were destroyed by European masters for raw materials. They continued over-exploitation for over-production and over consumption and even normalized it as “economic growth”.

Moreover, the deal does not talk about the very reparations that Europe owes to other countries, its people, and communities outside of Europe. For making EU climate neutral, there’s a pushback on other countries for those resources, which would lead to environmental exploitation and pollution there. The communities in these countries would become more vulnerable and susceptible to losses.

The various EU companies which are extracting labor and resources in the Third World countries are not held accountable. By leaving out a clause for this accountability, the deal ensures human rights violations as well as environmental degradation in other countries. It is like planting a garden in your own house while members of your family continue to pollute the neighbor’s porch.

Though the deal is a blueprint for making developed as well as developing economies of the World more sustainable, the Commission has made no effort to expand the clauses to countries of other continents. The World can become greener together, but by sowing seeds on a patch of land, we cannot expect the entire orchard to bloom.

It is a necessary move in the right direction, but what is needed is an acknowledgment that much of the harm was done by the same countries. If the European Nations are being commended for this positive approach towards a more sustainable future, the obvious answer to the question that who is to be blamed for such a bizarre occurrence of events needs to be answered too.