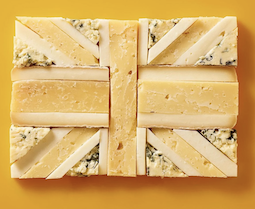 Many know the King is passionate about many environmental, social, and political causes, which have put him in hot water over the years.

Many have wondered just how he will lead England into an era of Carolean monarchy following the death of his mother.

The population ponders how he will stay politically neutral as Royals are supposed to be.  Personally, I am on the fence because his mother, the late Queen Elizabeth’s seventy-year reign was distinct, even when the family-style documentary film made in around 1969, called Royal Family, showed a whole year and a few months of the royal family’s daily life had saved the support of the nation during a turbulent political time, She later decided along with her advisors, that this documentary was too stark, and political of a picture to paint for the British public to see and think about them.

To me, the Late Queen drew an obvious line on where she decided she would be with her political stance, often making subtle hints in her clothing or countenance towards certain leaders or political issues.

Charles has always seemed more outspoken about his support of many worldwide issues, such as deforestation, global warming, and sustainability.

In fact, we can see just how much being a custodian of the planet means to him on his website.

The British Foreign Policy group summarises this nicely. “The issue on which King Charles has become best known is the environment, where he has been (by Royal standards) an outspoken campaigner for many years before concern for climate became central to political discourse.”

I do believe that he will seem more aware, perhaps than anyone in the Royal family has been allowed to be, about many issues, outside of the palace. Whether this stance continues to waver and divide the public on his following the unspoken rule of the political views involving the Royal Family’s neutrality is unclear.

His passion for the preservation of the livelihoods of farmers is one of the many things in the Southwest and Cornwall, his old Duchy as former Prince of Wales, is known and highly respected for.

However, one thing people probably don’t know about the new King is how his actions saved the process of making artisanal cheese in England during doubts about quality and production among food scares in the 1990s.

What Was Happening in the Food and Farming Industry?

Salmonella or E.coli was shaking the British farming meat and egg products market, as at the time, it was found present in British Hen’s eggs, which damaged their reputation, and British Produce as a whole.

The meat market was being damaged by the breakout of Bovine spongiform encephalitis (BSE), which is also known as ‘Mad Cow’s Disease’. It is a condition which causes brain damage, emotional distress and mood changes in animals and affects movement, coming from a similar condition called Scrapie.

According to the World Health Organisation for Animal Health (WHOAH), it was ‘first detected in 1986, and the implementation of appropriate control measures resulted in its decline worldwide. To date, the incidence of both forms is negligible and estimated to approach zero cases per million cattle.’

Where Did ‘Mad Cow’s Disease Come from Historically?

The classical exhibition of the condition, Scrapie was first discovered in Sheep and Goats between the ages of two and five years, being transmitted through colostrum, and milk, being highly contagious and spread through the bedding of the animals, equipment such as milking machines, or feed troughs, and pastures where they may have given birth.

When meat products (Presumably, made from those infected goats and sheep) were used in cattle feed, causing the breakout of a disease, which transferred to human populations called Creutzfeldt-Jakob Disease (CJD).

The variant of CJD is called vCJD; the NHS informs, ‘is likely to be caused by consuming meat from a cow that had bovine spongiform encephalopathy (BSE, or "mad cow" disease), a similar prion disease to CJD. Since the link between variant CJD and BSE was discovered in 1996, strict controls have proved very effective in preventing the meat from infected cattle from entering the food chain.’

Since then, the protein particle that causes that variant of CJD, which can also be transmitted by blood transfusion, has only happened five times in the UK’s history with the disease, and ‘In 2020, there were no recorded deaths from variant CJD in the UK.’

How Did Prince Charles help the Dairy and Farming Industry in the 1990’s?

Due to these scares the British food market shook with the fallout of the public’s trust in farmers, food production and current food legislation at the time.

New legislations were swiftly made to quell the distrust and protect the livelihoods of many people in the meat and dairy industry.

Rules based on more stringent hygiene and the ban on non-pasteurised milk did help the public favour British-made food but, in turn, damaged the cheesemaking artisans, who were on the brink of going bankrupt across the country, like Randolph Hodgson’s, Neal's Yard Dairy in Coventry.

Rules that large-scale cheese manufacturers could follow easily, such as the ban on unpasteurised milk, were, instead, harming smaller dairies like Hodgson’s.

The cost of having local cows’ milk pasteurised to the new standards needed equipment installed at dairies in order to do that, which many, having suffered from the distrust of the British public, could not afford at the time.

Hodgson, who had been trying to revive British cheesemaking and lobbying for the support of British farmers for the past decade of food scares and wavering support, eventually made

The Specialist Cheesemakers Association (SCA), in order to support other artisans and everyone else in the industry who had been affected.

Established in 1989, the association caught the attention of the then Prince of Wales, Charles. In 1993, he became its patron.

Charles then ensured that there were protections in place for the future of traditional farming skills and food production through welfare and environmental standards to make the process from cow to cheeseboard as environmentally beneficial as possible.

It was essential to Charles to keep traditions alive while caring for the environment, which has been his trademark for many years.

The Future of British Cheese

While preserving the traditions with the support of William, the new Prince of Wales, cheesemaking in Britain, often known for its small, family-led dairies and farm shops, SCA revealed has taken a hit in sales due to the Covid-19 Pandemic.

‘The coronavirus crisis has put untold sales pressure on specialist cheese makers, with limited trade through restaurants, cafes and pubs, and many of the local shops, farmers markets and supermarket deli counters. It has been a difficult couple of years, and unless we continue to buy and relish the great range of specialist handmade local cheeses that bring joy into our lives, we will not continue to have such a great choice in the future. When you buy cheese, please buy British speciality cheese either online here, direct from the producers and specialist retailers or from your local shops and farm shops.’

I know I am not the only one to worry about the future of such an essential part of what makes the southwest attractive to tourists, as much as the handmade artisanal cheese does.

I do, however, believe that if the British cheese industry survived such shakeups as the many from the food scares in the 90’s that the British public should help support the industry, just as they have done before.

Have you ever tried Cornish or Devonshire county cheeses?

Let us know in the comments below.