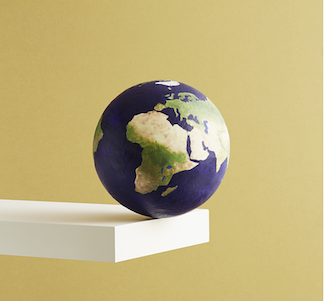 While Climate change has been a constant worrying debate since we first discovered rising CO2 levels damaged the ozone layer, these current heatwaves hitting the United Kingdom now may permanently be the new normal and are too late to reverse at this stage.

The UN’s report just last month (July 2022), with help from World Meteorological Organisation (WMO), notes that the destructive fires in Europe spell trouble for the various countries’ climates as a whole, as WMO’s Secretary General, Petteri Taalas said in their press release that ‘In the future, this kind of heatwaves are going to be normal. We will see stronger extremes’ despite the heatwave in England being forecasted since the Met Office (Metrological) put out a Level 4 Heat-Health warning, as the UK Health Security agency advised.

Heat so severe that it can cause irreparable damage to people of all ages, whether they have predisposed health issues or not, putting more pressure on Healthcare systems and infrastructure is the result, with a recent news article in The Express telling of how a train from Victoria station in London was diverted when the tracks buckled in the heat, eventually catching fire on the same week that the heatwave was predicted.

The signs have been there all along; the extremes we are seeing now are late warnings of the planet’s climate changing from mild in England to plummeting below in the case of the cold snap that hit Europe in early Spring this year.

These false springs damage flora and confuse animals, which may be seen earlier than their regular routines, as seen in the Newsround by children’s BBC (CBBC) five years ago.

A recent news broadcast by the BBC reveals hosepipe bans could be staying up until the following year, too, as water distribution companies like Thames water struggle with a breakdown of one of their central plants up country in Wiltshire.

The Thames water official homepage had no date for the ban to end, with possible bans spreading up and down the country and even bottled water soaring in price.

Although the August heatwave that had been hitting Britain had gone down to level three, following a slight decrease from the intense temperatures of thirty-six to thirty-five in the last couple of weeks, the danger to livelihoods and the public remains at the forefront as ‘90% of our supply comes from surface water sources, such as reservoirs and river intakes.’ for water supplies in Southwest England alone, according to Southwest Water in a small report compiled on their website for educational purposes.

Globally, it seems that the facts that have been collected for over three decades are being ignored. Climate change is a terrifying thing to happen to our planet and historically.

In contrast, we cannot control that the planet has gone through intense cold-like ice ages and tropical heatwaves throughout its existence; it will continue to do so.

The question should not be, why aren’t we listening, but do we want to continue causing ourselves needless hardships?

As a result, the temperature over the years has been steadily climbing by ‘1.2 degrees(...)’ said UN Secretary-General António Guterres at the start of this month in his report to the Climate conference in Glasgow, Scotland, which one hundred and ninety-five governments registered with the UN took note.

‘-Warming has accelerated in recent decades—every fraction of a degree counts. Greenhouse gas concentrations are at record levels. Extreme weather and climate disasters are increasing in frequency and intensity.’

While we cannot halt the planet’s cycle of temperatures and evolution, the immediate threat to our biodiversity, through the continued use of fossil fuels, we have hastened the weather patterns of intense drought and conflicting flash floods.

Our constant damage to the weather pattern will also continue to change the stereotypical seasons we are familiar with, with longer seasons of heat than our typical summers and shorter cold months, unlike our autumn or winters in the past.

“Climate change is already affecting every region on Earth in multiple ways. The changes we experience will increase with additional warming,” said IPCC Working Group and Co-Chair Panmao Zhai.

The report furthermore details that ‘in the coming decades’ climate changes will increase in all regions. For 1.5°C of global warming, there will be increased heat waves, longer warm and shorter cold seasons. The report shows that heat extremes at two degrees of global warming would more often reach critical tolerance thresholds for agriculture and health. But it is not just about temperature. Climate change is bringing multiple different changes in different regions – which will all increase with further warming. These include changes to wet and dryness, to winds, snow and ice, coastal areas and oceans.’

Despite this data, there have been many scientific attributions in recent decades.

A better understanding of the planet’s natural meteorological cycles means that we understand more about the global changes and the solutions we could employ to lessen or stop specific issues altogether.

Although contrarily, the globe still uses fossil fuels for eighty per cent of the energy to power their homes, businesses and schools or generate heat, renewable energy is growing popular.

Many countries already import but do not currently use them for more than thirty per cent of energy production.

Detailed on the UN’s website are figures showing that ‘about 80 percent of the global population lives in countries that are net-importers of fossil fuels -- that’s about 6 billion people who are dependent on fossil fuels from other countries, which makes them vulnerable to geopolitical shocks and crises.’

‘The International Renewable Energy Agency (IRENA) estimates that 90 percent of the world’s electricity can and should come from renewable energy by 2050.’

Even those countries with low economic growth with eventually benefit after the starting cost to harness already available natural sources of renewable energy like solar or wind power.

This will drastically improve global health, boost employment rates and cut costs of our current power and water consumption if we harness it promptly.