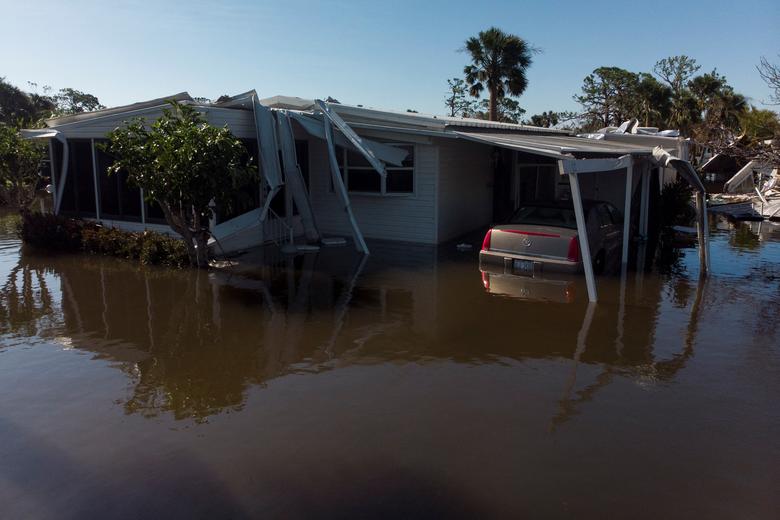 Local officials estimate at least 117 people have died in Florida due to Hurricane Ian-related causes, as reported in ABC. News. Hurricane Ian is now the deadliest to hit Florida since the Labor Day Hurricane that killed over 400 people in 1935.

“The impacts of this storm are historical, and the damage that was done has been historic," said Governor DeSantis in his first address since initial damage assessments began in southwest Florida.

The storm brought sustained winds of 150 mph as it first landed on the Cayo Costa island near Fort Myers. “I think we’ve never seen a flood event like this, we’ve never seen a storm surge of this magnitude, and it hit an area where there’s a lot of people in many of those low-lying areas,” said DeSantis.

DeSantis said about 2,500 rescue missions had been conducted on barrier islands, the Gulf Coast, and inland areas where intense flooding had occurred. He also said more than 90,000 structures had been checked for survivors.

The Florida National Guard rescued more than 1,100 in the more devastated areas. However, the death toll continues to rise. The deaths, spanning several Florida counties, are primarily due to drownings: “More than 60% of deaths connected to Ian by the state Medical Examiners Commission involve drowning,” according to The Weather Channel.

Whether the drownings resulted from the storm surge, an abnormal rise of water generated by a storm, or other types of flooding remains to be seen.

Lee County has the highest number of deaths from any cause related to Ian, with 55 deaths as of Thursday. "We still cannot access many of the people in need," Lee County Sheriff Carmine Marceno told Good Morning America on Sept. 29.

As some evacuees return to their homes and business, officials will be better able to assess damages and deaths. "I'm afraid we're going to be dealing with a larger loss of life than we anticipated," Rep. Castor told ABCNewsLive.

In addition to drownings, other deaths are still being reported, with causes ranging from medical emergencies and vehicular accidents to falls and even suicide. "Truly horrific hurricane death tolls will be rare in the decades to come as these technologies allow us to better alert people to dangerous weather," said meteorologist Jonathan Belles to The Weather Channel.

Belles does believe, however, the damage of future hurricanes may increase as people continue to move toward coastlines where water is rising.

Tallying deaths related to Hurricanes is imprecise as different entities count in different ways. The exact number from Hurricane Katrina is still unknown but estimated to be over 1,800. Florida’s figures are expected to fluctuate as the search for survivors continues.