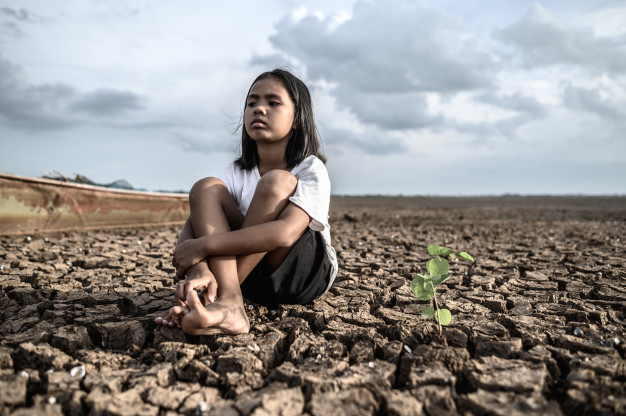 Sixty per cent of Indian territory is considered a seismic risk zone, due to which this country faces severe earthquakes. The northern and eastern regions of India are more affected by it. India is shaking with the enormous earthquake magnitude over the past 30 days recently in northeastern parts with the highest quake of magnitude 7.4.

India is vulnerable to cyclones the most, as compared to other subcontinent regions in Asia. Because it is located in the intertropical convergence zone in which The Bay of Bengal and the east coast of India covers the bulk of the world's tropical cyclones by over 10%. Every two years, a leading typhoon gets developed.

In 2021, there happened to be series of cyclonic events here, starting from its first cyclonic storm named Cyclone Tauktae, which hit southern regions of Gujarat on 17th, May followed by Cyclone Yaas, which punch West Bengal along with the Odisha coast on 26th, May 2021.

Before this, Cyclone Amphan devasted India during May 2020, and it was said to be the most dominant cyclone, which occurred after 1999 in the Bay of Bengal.

India is the second country after China which gets brutally hit by floods every year, with no less than 17 flood events affecting more than 300 million Indians annually. Between late July, and early August 2019, there followed high rain, and led to series of severe floods, in nine states, of India. Among them, the states of Kerala, Karnataka, Maharashtra, Gujarat, and Madhya Pradesh were more affected.

In May 2020, initial flooding started to happen in Assam due to heavy rainfall affecting over five million people. And more than five thousand villages till the end of October 2020. A colossal amount of life, food, land, and villages were lost.

Being hot, and tropical country, summers are generally hot but what's worse is its heatwave and droughts here.

In the 2018 report, it is said that India's average temperature has risen by 0.7 degrees Celsius due to global warming. Four years ago, more than four thousand lives were lost, due to intense heatwave. Which generally occur between March and June every year. In June 2019, due to this, we lost more than 50 lives in 24 hours.

With the increase in natural disaster calamities, and with the COVID-19 outbreak, there is an urgent need to fix it by preparing better through disaster management strategies in the Indian States and the Centre. Kerala stands out for handling its recent major catastrophes despite the COVID-19 issue at the same time as compared to other states in India. Detecting calamities early, isolating and shifting people to safe places swiftly with proper management along with speedy tracing and regulations have helped them sort those issues responsibly and effectively.

India is most vulnerable to natural calamities and climate change in Asia hence, it needs to be prioritized looking into this matter, not just recovery. Our country has a protocol for disaster risk assessment and reduction, along with new plans like Disaster Resilient Infrastructure at the UN Climate Action Summit of 2019. But despite that, India has a vast gap in implementing those investments, education, and health which is required for disaster management for our large population.

More than such, 'to be implemented' plans, we need a proper and effective solution to the roots. 'Nature-based solutions' are a new set of trending solutions that work from the local to the central level.

Local communities in Gorakhpur are using nature-based solutions to fight against frequent floods by coming up with climate-resilient methods for vulnerable communities through Gorakhpur Environmental Action Group like switching their farming techniques from mono-cropping to rotating multiple crops for soil health and drainage improvement. A weather-based advisory group uses text-message-based systems that help farmers by warning them to schedule irrigation and harvesting.

Local efforts from Delhi, Guwahati, and Jaipur based on these solutions have paid off to some extent. But they all express a tremendous gap between Indian states and the Centre in terms of providing health, education, social safety, investment, and funding. Locals are trying their best through their initiatives to be prepared for the increasing natural calamities of future India. The governments should help and support them by creating solutions for the centre level rather than acting up later when everything is too late.