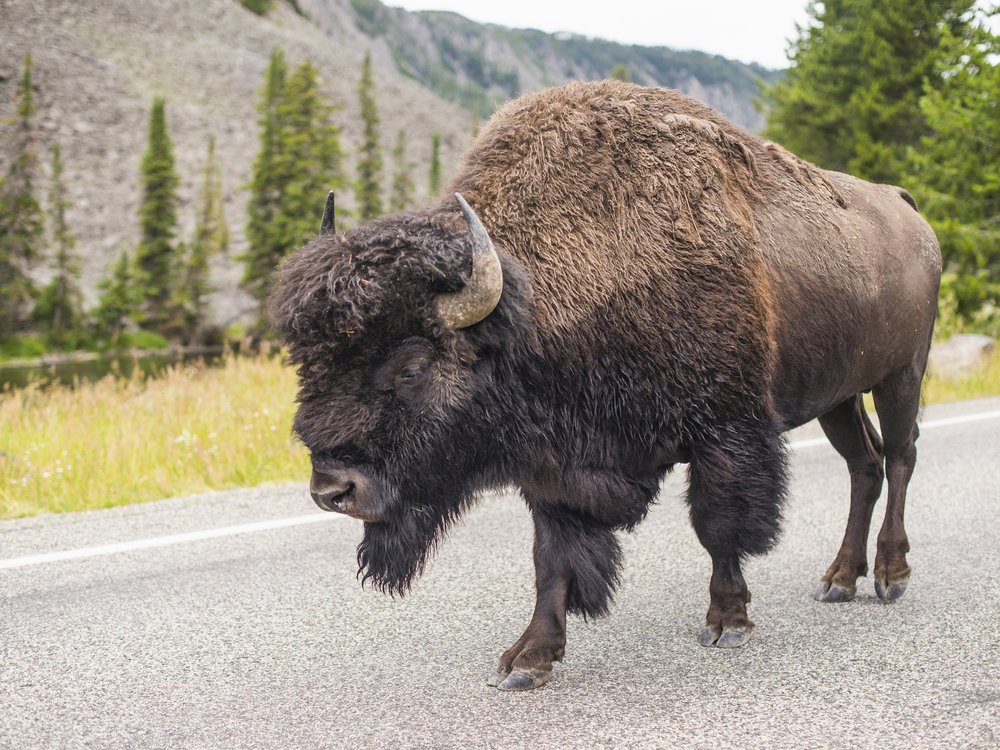 Several people have been attacked by bison for getting too close to them for the past few months at Yellowstone National Park.

A 34-year-old man was injured Monday after a bison gored him. The man was walking with his family on a boardwalk near the Giant Geyser at Old Faithful when suddenly a bull bison charged the group.

Video footage from the incident showed that the family was standing close to the bison when it charged at the two adults and child. However, a third adult saved the day by getting between the animal and the child. The video shows the man was then briefly lifted into the air while being gored before he could get away. But

The man was rushed to an Idaho hospital with an injury to his arm. No information was released about his condition. The second incident this year involved a visitor getting too close to the animal and the bison responding to the perceived threat.

A similar situation happened last month when a bison gored a 25-year-old woman from Ohio at Yellowstone after approaching the animal within 10 feet. The woman was also tossed 10 feet in the air and suffered a puncture wound, along with other injuries.

Later in the week, a Pennsylvania woman visiting Yellowstone National Park with her daughter was gored by a bison,  documented as the second incident of its kind this week and the third in a month, park officials said. The 71-year-old from West Chester, Pa., whose name the National Park Service has not released, was walking back to her vehicle near Storm Point at Yellowstone Lake on Wednesday when a bull bison suddenly charged at her.

Yellowstone says visitors should stay more than 25 yards away from all large animals, including bison, elk, and moose, and at least 100 yards away from bears and wolves.

"Approaching bison threaten them, and they may respond by bluff charging, head bobbing, pawing, bellowing, or snorting," the National Park Service said. "These are warning signs that you are too close and that a charge is imminent."