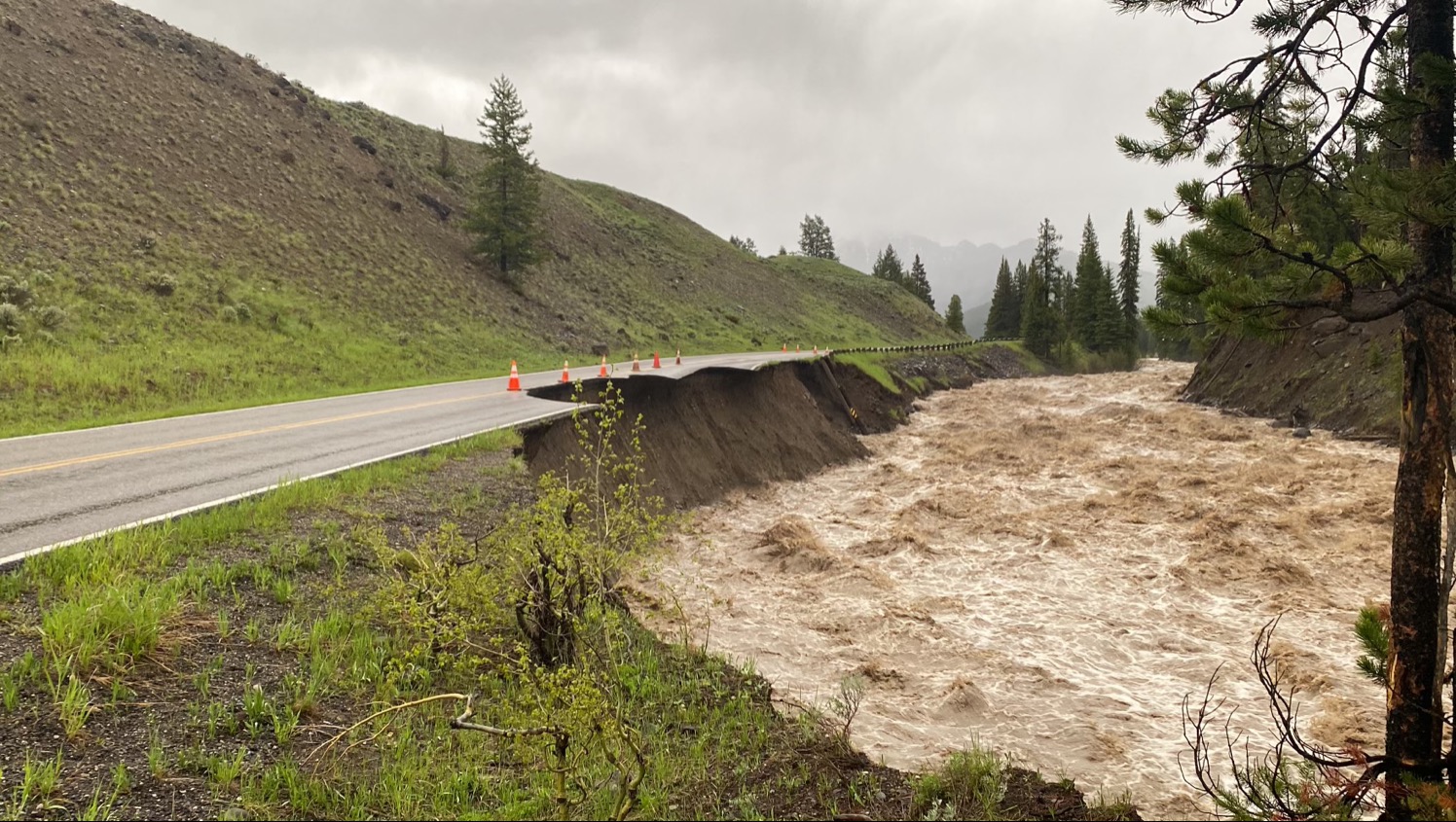 The impact of the recent flood in the Yellowstone National Park will leave the northern portion of the park to be closed for “a substantial length of time,” the park said in a recent statement.

The statement posted on Tuesday also said the northern sections of the park were “severely damaged” and that the infrastructure was affected by the flood.

“The landscape literally and figuratively has changed dramatically in the last 36 hours,” said Bill Berg, a commissioner in nearby park county, in an interview with the Guardian. “A little bit ironic that this spectacular landscape was create by violent geologic and hydrologic events, and it’s just not very handy when it happens while we’re all here settled on it,” he added.

The record-breaking flooding from Monday left all the entrances of the park closed temporarily, washed away at least one bridge, and forced 10,000 visitors out of the park.

The heavy rain falling on the snowpacks of the mountain ranges especially helped the unprecedented amount of swelling of the rivers, according to the National Weather Service.

“In addition to declaring a statewide disaster, we are pursuing an expedited presidential disaster declaration to help cover the costs communities face,” he wrote on his Twitter page.

Since then, the Montana National Guard evacuated 12 people from the Roscoe and Cooke City area with helicopters. The national guard also sent soldiers to create a command center and help rescue in the city of Red Lodge, CNN reported.

The Yellowstone National Park shared a video of floods on June 13 taken from a helicopter. The footage shows Gardner River and portions of the road between Mammoth Hot Springs and the North Entrance where segments of roads are ruined and washed out.

Parker Manning was one of many visitors that were driven out of the park from the flood. According to NPR, he was stranded in a nearby town called Gardiner, which has been cut off from road access from the high water levels.

"Everybody's a little bit stressed," said Manning to NPR. "But we just realize we have to make the best of a bad situation, there's nothing we can do about it."

Businesses in the hard-hit city Gardiner had been just recovering from the lack of tourism from the COVID-19 pandemic, Berg said. Now with the flood, the town is once again hit with a dilemma.

“It’s a Yellowstone town, and it lives and dies by tourism, and this is going to be a pretty big hit,” Berg said. “They’re looking to try to figure out how to hold things together.”

The news release from the National Parks Services said that Yellowstone National Park will not take any visitors of any forms, including visitors with lodging and camping reservations, until the area condition is fixed and evaluated.

As of now, there are no known casualties of the floods near the national park.