Quicksilver is Invading the Arctic 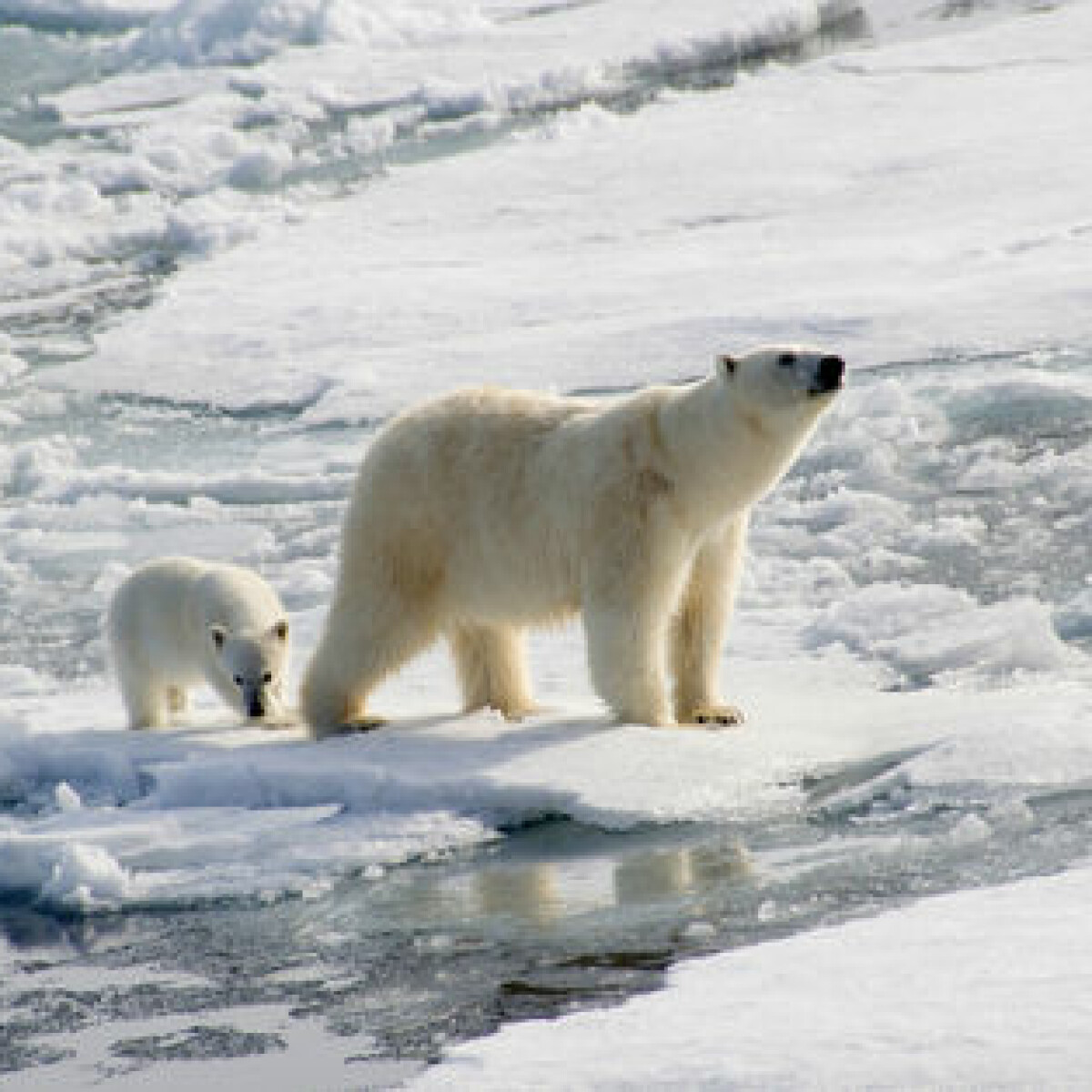 Recent research carried out in the Mackenzie River in Canada and its tributaries to the Arctic Ocean and the Arctic showed that the levels of quicksilver released in the water are increasing due to high temperatures. The mission aimed to understand how quicksilver is spread in watercourses and to determine the quantity of quicksilver recently generated.

To understand it, the researchers focused on whether quicksilver was found together with younger carbon atoms - meaning that it has been circulating in the air more recently - or whether it was found together with older carbon atoms - meaning that it has been stored in rock or soil for a longer period. An important finding from the Canada trip is that quicksilver from older sources has mainly been found in mountainous areas. In comparison, quicksilver from newer sources has been found in more low-lying areas.

The researchers point out that in flatter areas, most of the quicksilver comes from new emissions. But this does not have to mean that the mercury comes solely from human activity. Accordingly, when permafrost, frozen clay soils, and rock material in the higher-lying areas melt, the quicksilver, which has been stored far back in time, is released into the watercourses. This quicksilver can therefore be thousands or even millions of years old.

Christian Zdanowicz, senior lecturer at the Department of Earth Sciences at Uppsala University, which runs the project in collaboration with SLU, Stockholm University, and Trent University in Canada, said that this can give an indirect indication of where this substance comes from.

Higher temperatures speed up permafrost thawing, which means that high quantities of ancient stores of mercury will be released into the Arctic. This will affect the degree of quicksilver concentration in traditional food sources. According to Peter Outridge, a scientist with the Geological Survey of Canada, evidence of this substance entering rivers and lakes is becoming more visible. His recent paper, written in collaboration with many other researchers, one of whom is Christian Zdanowicz, showed that one-third of the mercury that enters the ocean comes from the atmosphere, a quarter from ocean currents, and a fifth from river flows, and a fifth from coastal erosion.

The researcher adds that quicksilver levels peaked in the 1960s and 1980s in Arctic food animals and are now 10 times greater than they were before the Industrial Revolution. Since then, mercury levels in Arctic species have largely been steady or decreased.

A naturally occurring element, quicksilver, also called mercury, can be found in soil, water, and air. Mercury exposure, even in small doses, can have major health effects and endanger the unborn child's development and early years of life. Mercury may harm the nervous, digestive, and immune systems, as well as the lungs, kidneys, skin, and eyes. According to the WHO, mercury is one of the top ten chemicals or chemical groups that pose a serious threat to human health. Methylmercury is an organic chemical that mostly enters people's bodies through the consumption of fish and shellfish. Compared to ethylmercury, methylmercury is significantly different. Some vaccines contain the preservative ethylmercury, which is safe for human consumption.

The toxicity of this substance has been recognized worldwide through the Minamata Convention. This was adopted on October 10th, 2013, at a diplomatic conference held in Kumamoto, Japan. It was reached during the fifth session of the Intergovernmental Negotiating Committee on Mercury in Geneva, Switzerland on the 19th of January 2013, and came into effect on August 16th, 2017.

The Minamata Convention has several noteworthy provisions. These include, among others, a ban on new mercury mines; the phase-out of existing ones; the phase-out and phase-down of mercury use in a variety of goods and processes; and measures to control discharges to air, land, and water. The Convention also tackles the temporary storage of mercury, its disposal, mercury-contaminated places, and health concerns.

The last AMAP assessment, released in 2021, was also clear in outlining the dangers related to quicksilver. The AMAP is the Arctic Monitoring and Assessment Programme, one of six working groups of the Arctic Council with a mandate to monitor the Arctic regarding pollution and climate issues.

Some of the assessment’s findings are related to the increase in quicksilver emissions caused by human activity. In 2015, emissions were 20% higher than in 2010. As a result, AMAP is urging an immediate reduction in anthropogenic emissions to prevent the spread of quicksilver in the environment. Another issue of concern is the conversion of quicksilver into methylmercury. This is a neurotoxicant that accumulates in the food webs, affecting largely the local Arctic populations, whose diet encompasses many marine species. The assessment, therefore, shows that climate change and higher temperatures are responsible for the increased level of quicksilver as the permafrost melts more quickly. This can potentially cause food security issues as well.

The assessment points out that another problem that could increase quicksilver concentrations is wildfires, even though the implications of this phenomenon have not yet been studied. What is certain is that climate change is impacting the way living organisms process and absorb this element. Accordingly, the phenomenon known as Arctic greening, namely the spread of vegetation in the area due to warmer temperatures, could impact the amounts of quicksilver amassed by plants and soil.

A means to reduce the problem is the Arctic Council's Arctic Contaminants Action Program (ACAP). In 2020, this organization organized a meeting between 67 experts and representatives from all the Arctic states to discuss the issues related to quicksilver. The ACAP has launched several pilot projects to tackle the problem more effectively. These aim to normalize quicksilver emissions and promote more measures on a national level. The projects are supported by the Arctic Council’s Arctic Monitoring and Assessment Programme (AMAP).

Although some pollution is from local sources—fisheries, landfills, wastewater, and offshore industrial activity—distant regions are a substantial source, as plastic is carried from lower latitudes to the Arctic by ocean currents, atmospheric transport, and rivers. When they reach the Arctic, plastic waste piles up in certain places with an impact on the regional ecosystems. Although there is little data at the population level, it has been certified that mammals ingest large quantities of marine debris. This applies also to seabirds, fish, and invertebrates. The link between climate change and plastic pollution in the Arctic has also been highlighted by early research.

Quicksilver is just one of the recent problems that have been researched in the Arctic. Lately, plastic pollution is becoming a source of concern for researchers as well. Plastic debris and microplastics have seeped through terrestrial and aquatic systems to a high extent. The ecosystems are highly affected when plastic reaches the area, both from local and distant sources. Substantial actions are therefore warranted to preserve this apparently inhospitable but very rich region of the world.