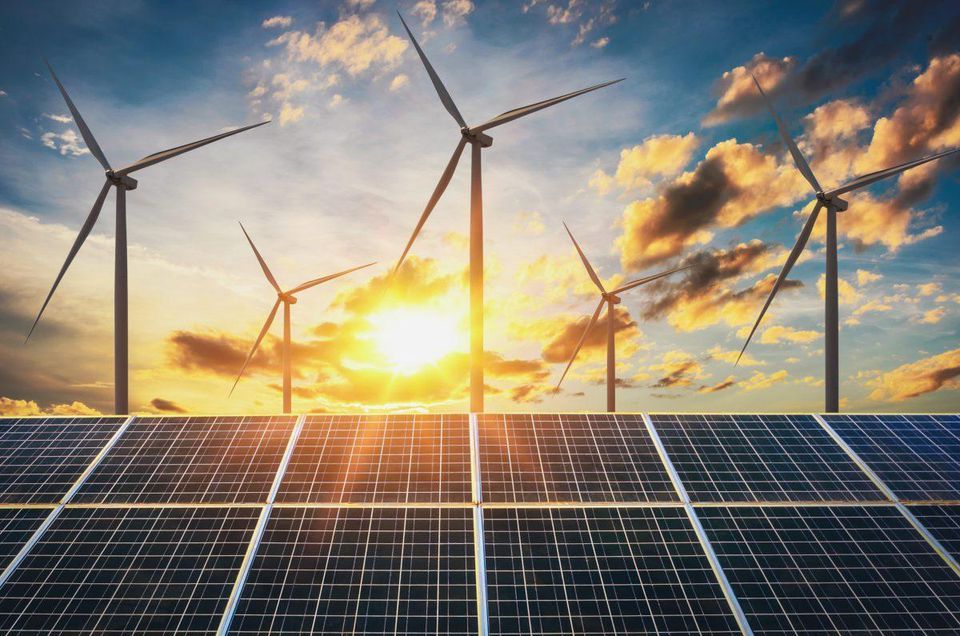 The globe is experiencing an unprecedented number of catastrophic climate change events. The consequences of these changes affect the entire planet. Climate change can refer to changes in the earth's temperature and weather patterns. These shifts are long-term, and sometimes they may be natural through changes in a solar cycle or by human activities, primarily due to burning fossil fuels to generate energy.

Energy is the source of climate change and is also a key to this challenge.

Our Earth is covered by greenhouse gases, which trap the sun’s heat and capture the heat produced by burning fossil fuels during electricity generation. As a result, the Earth's temperature rises. Fossil fuels, such as coal, oil, and gas, are responsible for over 75% of global greenhouse gas emissions and 90% of carbon dioxide emissions. They are the major contributor to global warming. Carbon dioxide and methane are the key variables causing climate change. They are produced by gasoline used in cars, burning coal, deforestation, and a heap of garbage that releases methane. In conclusion, industries, transportation, and forest clearance are the major emitters of greenhouse gases.

According to the UN study, carbon dioxide emissions in 2019 set a new record. But, during the pandemic, this ratio was reduced by 6% in 2020 due to the travel ban. However, once the globe heals, this returns to higher levels. As a result of these emissions, our Earth's temperature is presently around 1.1°C warmer than it was in the late 1800. According to climate projections, global warming by the end of the century will be approximately 3.2°C, as reported by the United Nations.

Every part of the world is badly affected by climate change. The world is now experiencing severe droughts, water scarcity, extreme fires, rising sea levels, flooding, melting polar ice, catastrophic storms, and declining biodiversity as the consequences of global warming. At this point, to reduce the worst climate change effects, climate activists have proposed several alternatives that can benefit our economic situation. These measures will help enhance lives while saving the environment. One of these solutions includes switching energy from burning fossil fuels to renewable energy.

Renewable or clean energy is alternative to burning fossil fuels and is way cheaper, sustainable, and reliable. It is derived from natural sources such as Sunlight and wind that are available in bulk to us and constantly replenished. Transiting from burning fossils to renewable energy is a key to addressing the climate change crisis.

The other source is Wind energy which is generated by using the wind turbine placed on land or shore. Geothermal energy is a form of energy source which captures thermal energy from the Earth’s interior and produces clean energy. Hydropower and ocean energy are also kinds of renewable energy sources which harness the energy from water and the ocean to produce energy. Organic material can produce bioenergy. Burning of biomass creates energy but at lower emission of greenhouse gases than fossil fuel burning. However, its application is limited due to the negative impacts of bioenergy, resulting in deforestation and land use.

“It's time to stop burning our planet and start investing in the abundant renewable energy around us.”

The cost of energy produced by renewable energy sources is affordable. The price of electricity generated from solar power falls around 80% and 56% from wind energy. This decline in prices attracted many people, including those from low-income countries. The International Renewable Energy Agency (IRENA) estimates that  90 percent of the world’s electricity can and should come from renewable energy by 2050. It can help to mitigate climate change by cutting carbon emissions from the environment.

The emission of carbon and greenhouse gases can be poisonous and a prominent contributor to air pollution. The World Health Organization (WHO) estimates that 90% of the population breathes polluted air, endangering people's health. Environmental causes are one of the significant reasons for the deaths of people around the world. According to United Nations, air pollution from fossil fuels cost $2.9 trillion in health and economic expenses in 2018 or nearly $8 billion per day. Switching to renewables and clean energy is a way to address health issues, especially air pollution.

The job market for renewable energy is much larger; it produces three times more jobs than fossil fuels. According to the report presented by International Renewable Energy Agency (Irena), the employment ratio for the renewable energy industry worldwide reached 12.7 million last year, a jump of 700,000 new jobs in one year despite the lingering effects of COVID-19 and the growing energy crisis. The report was published in collaboration with the International Labour Organization (ILO) during the Global Clean Energy Action Forum in Pittsburgh, USA. It illustrates an increase in the number of countries creating renewables jobs. According to the latest data, Asia is home to nearly two-thirds of all these employments. China alone is responsible for 42% of the world, followed by the EU, Brazil each contributing 10%, and the USA and India account for 7%, respectively.

"In the face of numerous challenges, renewable energy jobs remain resilient and have been proven to be a reliable job creation engine. My advice to governments around the world is to pursue industrial policies that encourage the expansion of decent renewable jobs at home. Spurring a domestic value chain will not only create business opportunities and new jobs for people and local communities. It also bolsters supply chain reliability and contributes to more energy security."

The renewable energy industry is not only limited to men, but this industry is highly empowering women to work through dedicated policies and training that enhance the working condition for the workers in this industry.

“Beyond the numbers, there is a growing focus on the quality of jobs and the conditions of work in renewable energies to ensure decent and productive employment. The increasing share of female employment suggests that dedicated policies and training can significantly enhance the participation of women in renewable energy occupations, inclusion, and ultimately, achieving a just transition for all. I encourage governments, workers, and employers’ organizations to remain firmly committed to a sustainable energy transition, which is indispensable for the future of work."

Many countries have launched projects for producing renewable energy to deal with climate change. Recently, the California state legislature, on August 31, approved a strong climate plan that includes $54 billion for drought-resilience measures and renewable energy projects. The law also codifies additional goals for 2035 and 2040 to guarantee that the state meets its 2045 target of supplying 100% renewable power. These kinds of initiatives can aid in the development of a sustainable environment.

In conclusion, Renewable and clean energy can help to mitigate the devastating consequences of climate change and reduce pollution. That results in saving up to $4.2 trillion per year by 2030. Moreover, these technologies can create a system that increases the power supply options available, enhancing energy resilience. The renewable technology industry can generate plentiful job opportunities for people and enhances their lifestyle.