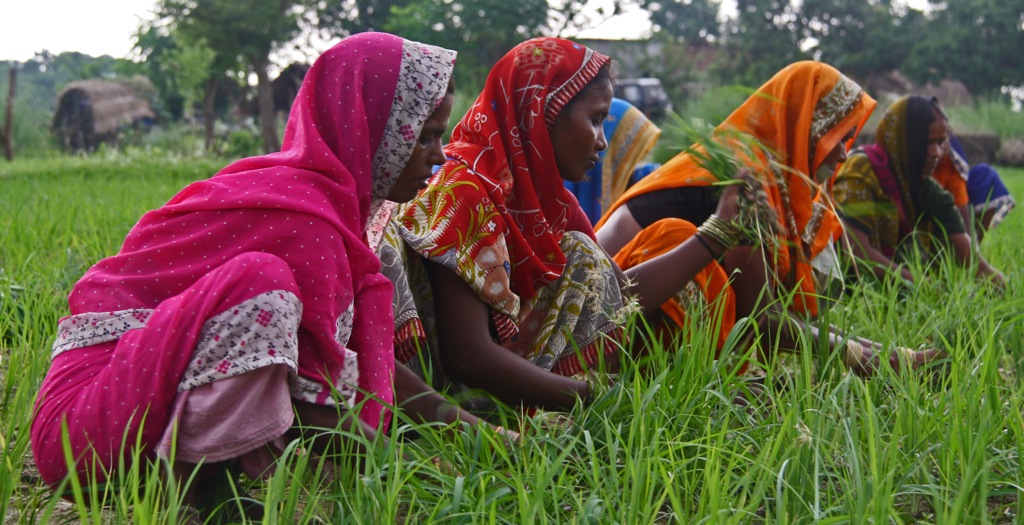 India is a predominantly agricultural country, with agriculture employing more than half of the people. Agriculture has been the main stray of the Indian economy since times immemorial. While the share of the agricultural sector of the Indian economy has decreased to less than 15% due to the strong growth rates of the industrial and service sectors, the importance of agriculture in the Indian economic and social fabric goes much beyond this touchstone. The vast bulk of India's poor population resides in rural areas. To satisfy the demands of a growing population, India's food security depends on producing cereal crops and expanding the production of fruits, vegetables, and milk.

India has achieved accolades in its agriculture sector. Rice, wheat, cotton, sugarcane, farmed fish, sheep and goat meat, fruits, vegetables, and tea are among its top exports. India is hence known as a "Global Agricultural Powerhouse." Farmers in India have contributed to the country's success in this sector, but contrary to popular belief, statistics and case studies show that 'female' farmers and agriculturalists have played an equally important role in the development of Indian agriculture.

According to M.S Swaminathan, a well-known agricultural scientist, "women" were the first to domesticate crop plants, and so began the art and science of farming. While men went hunting for sustenance, women started collecting seeds from the local flora and cultivating those that were of interest in terms of food, fodder, fibre, and fuel. Women have played and continue to play a crucial role in the protection of vital life support systems such as land, water, vegetation, and fauna. They have improved agricultural security by maintaining varietal diversity and genetic resistance and protecting soil health through organic recycling.

The phrase "Feminization of Agriculture" refers to women being more involved in agricultural activities. It could be construed in several ways:

1) Increase in the number of women employed in the agricultural sector, whether as self-employed farmers, agricultural wage laborers, or unpaid family workers.

3) The degree to which women define, control, and perform agricultural processes.

Sustainable agriculture refers to 'farming' in environmentally friendly methods, which implies meeting society's current food and textile needs without jeopardizing future generations' ability to meet their own. There are many ways to improve agriculture's sustainability, and the majority of them can be found in the way women practice agriculture. Despite their lack of knowledge, women have played and continue to play a critical part in establishing sustainable agriculture. Weeding, hoeing, grass cutting, picking, cotton stick collections, seed sorting, and other labor-intensive tasks are performed by rural women. They also collect wood from the field, which is then used as an important fuel source for cooking food. However, due to the increasing population pressure, over-grazing and desertification, women face difficulties searching for firewood. Since a rural woman is responsible for farm activities, keeping livestock and its other associated activities like milking, milk processing, and preparation of ghee are also carried out by the women.

During drought and famine, household coping methods demonstrate a strong reliance on famine foods obtained primarily by women and children for survival. Women also handle the seed selection and have the most extensive knowledge of crop kinds in hill communities. This knowledge of nature and agriculture, acquired by poor rural women through their daily interaction with and reliance on natural resources, is class and gender particular and is linked to the class and gender specificity of the division of labor. Women play a critical role in setting the road for sustainable agriculture practices by using their knowledge and experience.

They are regenerating the rural economy by tackling the biggest threats to farming in the Himalayas and its foothills: long-term degradation of the mountain environment, soil erosion, and other problems that are being aggravated by climate change.

Farmers, particularly women, face a high degree of economic, legal, and institutional uncertainties when investing in their land and other resources due to a lack of education. Thus, education is the key to empowering these women farmers as it will not only open doors for learning advanced agricultural techniques but will also help them to make better investments in their land and practice agriculture in a more sustainable yet profitable manner.

It is pertinent to note that at the policy level, both nationally and internationally, that deterioration in the natural environment has had a direct impact on women’s lives. However, women have long been excluded from environmental resource extraction decision-making processes. This is their status even after working day and night on the farms and sustainably growing agricultural produce. It has thus been recognized that involving women in the decision-making process in planning natural resource use, protection and generation will yield double dividends. It will improve their status and ensure that such schemes will lead towards sustainable agricultural development.

Thus, it can be concluded that the long association of women with the environment is gradually utilized in the process of solving major environmental problems by tackling serious environmental challenges by combining traditionally acquired abilities with scientifically researched and developed techniques. Women are now seen as the solution to the development-environment crisis-as major assets to be harnessed in initiatives to conserve resources and as fixers of ecological problems.

In this context, women have several roles to play: producers, users, consumers, and administrators of water, energy, agricultural products, and natural resources; and educators of children. Today, various major forest acts and environmental and agricultural policies are being formulated but hardly any attention and recognition have been given to these women groups. Special efforts are needed to strengthen and promote these women groups at grassroots levels. We should accelerate our efforts not only at the policy level to pressurize the government to include women’s participation in decision making but also to promote environmental education and activism at the local level.

Thus, sustainable agricultural practices and a perfect ecosystem can be maintained only when women will be recognized as the manager of the eco-system and agriculture in the region because the inter-relationship of land, water, forest, and animals can be best understood only by women more broadly and holistically than anyone else.