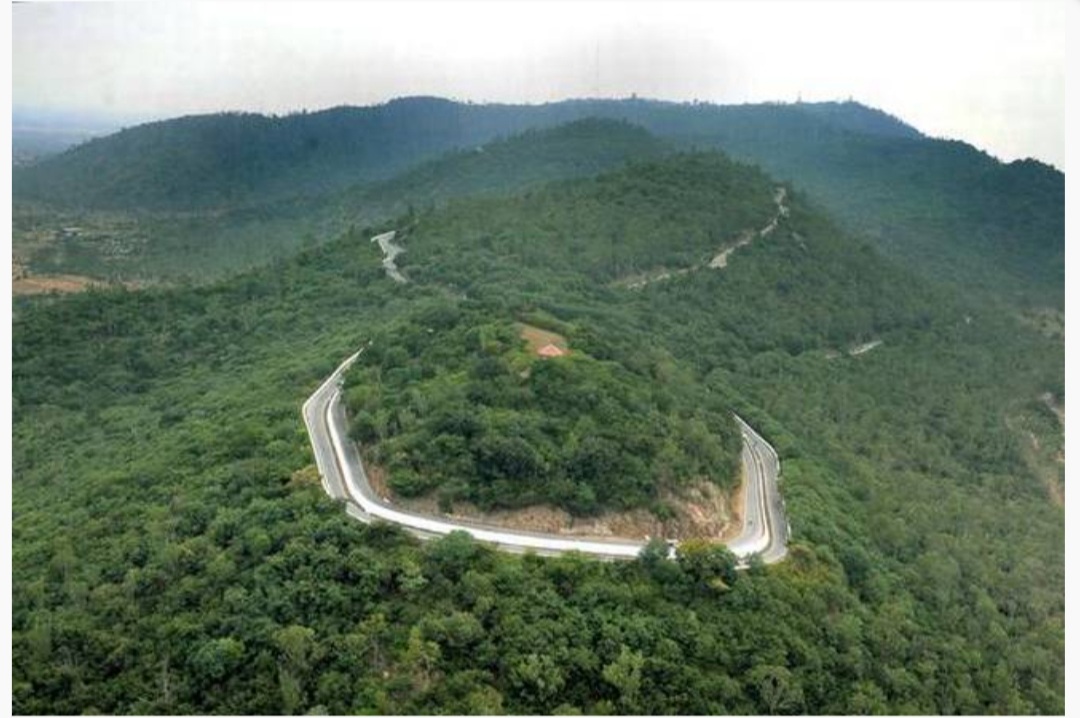 The signature campaign is launched to " Save Chamundi Hills" by the members of the Chamundi Betta Ulisi Samiti.

The Temple of Chamundeshwari is located at the peak of Chamundi Hills. The hills are 3,489 ft. above sea level and are situated at a 13 km distance from Mysuru. The temple is mainly dedicated to Goddess Chamundeshwari, a form of Goddess Durga. She is also called 'Mahishasura Mardini', for having assassinated a buffalo headed Demon Mahishasura. The day is celebrated as Dasara which symbolizes the victory of good over evil. She is also the titular deity of the Mysuru Royal Family," The Wodeyars``.

Nandi is the colossal statue of a bull, vehicle of Lord Shiva. The statue is carved out of a single granite rock. It is 16 feet in height and 24 feet long. It was commissioned by Dodda Devaraja Wodeyar.

Krishnaraja Wodeyar III also made contributions in adding little nuances to the temple. He set up a Gopuram, which is the entrance gateway to a Hindu temple enclosure, with gold finials and established the statue of himself and his three queens. In the year 1827, Krishnaraja Wodeyar III organized the arrangements for the celebration of festivals and processions. In the year he presented Simhavahini.

There are two other temples located in Chamundi Hills; Laxmi Narayana Temple dedicated to Lord Vishnu and Sri Mahabaleshwara temple which was founded before the beginning of the Hoysala rule.

What is the matter?

The Karnataka Government under the scheme of PRASHAD (Pilgrimage Rejuvenation and Spiritual Heritage Augmentation Drive), with the aim of holistic development of identified pilgrimage destinations, wants to better the tourism sector. But the road of improvement will go through the cutting of forest which will affect the flora and fauna of the area. The residents and environmental activists are of the view that if it happens it will only lower tourism and further the irrevocable damage. A few years back, even after huge opposition and criticism, a multi-level parking system was established. If the material development goes through the same speed it will disbalance the ecology of the hills.

The schemes under PRASHAD will cost Rs. 85 Crore approximately. And it was preceded by some of the similar works at Rs. 80 Crore which has fuelled the urbanization of the region. The royal scion of Mysore, Yaduveer Krishnadutta Chamaraja Wodeyar has also launched a campaign against any kind of disturbance in the Chamundi Hills. He also requested the people of Mysuru to withstand him and asked to sign up for the campaign.

This year Chamundi hills have gone through several landslides due to erosion by run-off water. This has been attributed to the loss of green cover and despite these alarming situations authorities are not ready to pay heed.

The government of Karnataka needs to understand that removing a forest and digging hills will not bring development. The government needs to replan and restructure its development programs in such a way that it does not muddle the biodiversity of the area. The government should listen to the residents of Mysore because they know the ground reality of the place more than anyone.