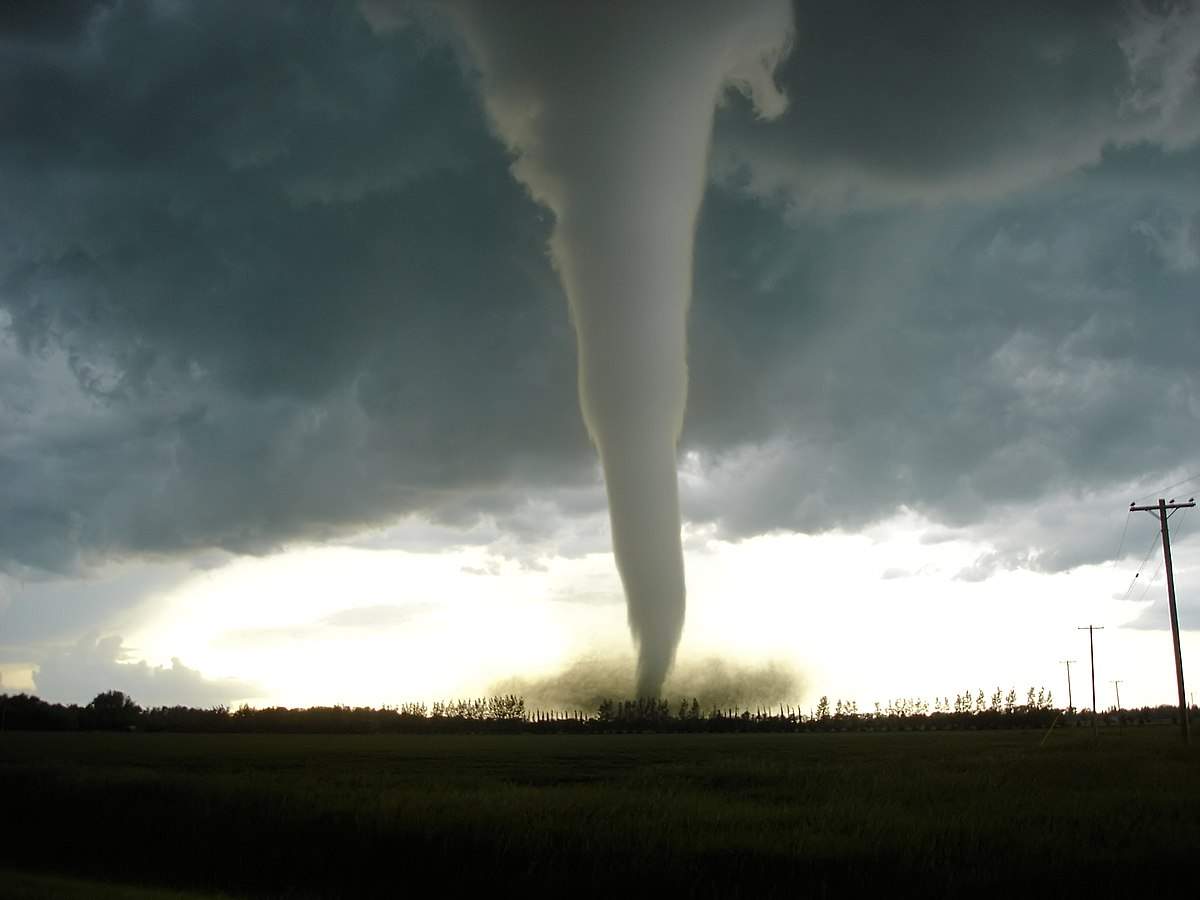 These severe and destructive phenomena usually form on the earth's surface or in coastal areas. Many of them occur in Tornado Alley, the size of the United States that registers the most devastating tornadoes. Tornadoes, unlike hurricanes, not only tend to last much shorter, but they can also travel at high speeds and behave unstably.

For a tornado to occur, certain weather conditions must exist. First, a current of dry and cold air begins to descend, and at the same time that another of warm air begins to rise. Afterward, the layer of cold air acts as a "lid," and heat and humidity are stored under it—subsequently, the pressure of the cloud increases, which encourages a storm. If the temperature contrast is enormous, the "lid" breaks down. Ultimately, all the moisture and energy contained beneath it explodes into the sky in massive storms, causing a whirling whirlpool.

What does Tornado Alley mean?

Tornado Alley is the zone that surrounds some states of the United States (Oklahoma, Texas, Missouri, Lowa, Louisiana, Nebraska, and Kansas) that registers the most frequent and devastating tornadoes in the world. Late spring is when more tornadoes are recorded. A particular fact, according to a scientific study by National Geographic, is that 75% of tornadoes occur in the United States.

In recent years, a decrease in the number of registered tornadoes has been observed, which reached 906 in 2013 and 886 in 2014. Although it is not a steady decline, the evolution of this trend is being studied, which could be caused by global warming and climate change. Typically, the cooler, drier layer of air from the southwestern US meets the moisture and warmth of the Gulf of Mexico, causing tornadoes. In these lower-record years, the usual flow of moist, warm air from the Gulf of Mexico was diverted to the east. Tornado Alley got stuck in cooler, drier air, preventing the usual formation of tornadoes.

Finally, there are not only land tornadoes but also water tornadoes. The latter, also known as Waterspouts, occur over bodies of water that connect with cumuliform clouds, forming a funnel-shaped air current. Waterspouts are divided into two types: tornadic and non-tornadic. Tornadoes are the most violent storms in nature, with speeds between 420 and 550 km/h, capable of destroying buildings, lifting the asphalt from the roads, or throwing cars into the air. It's important to know where to take shelter in bad weather and to make sure phones are fully charged and flashlights work in case of a power outage.