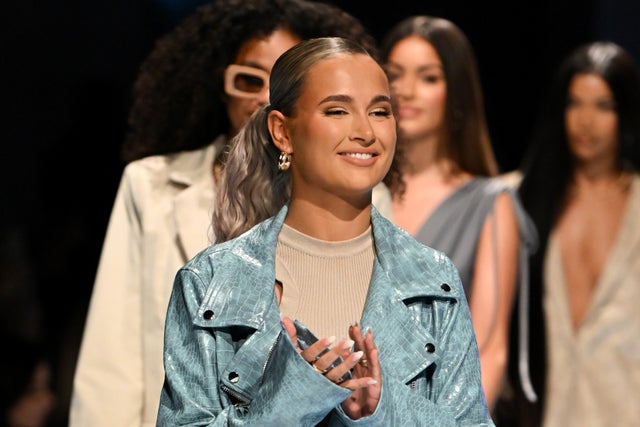 Recent decades have seen a rising demand for 'fast fashion' - mass-produced and cheaply sold clothing of questionable quality. Although this is not a new social and environmental issue, corporate brands like PrettyLittleThing and the association of fame-crazed influencers like Molly-Mae Hague continue to promote overconsumption, unsustainable fashion, and unethical, even illegal, practices inside factory work. This is both a detriment to our planet and poverty-stricken production workers, and brands and influencers are yet to be held accountable.

Since its beginning, social media has become instrumental in the public's exposure and tolerance for capitalist markets, especially when it comes to the fashion industry. In 2013, Instagram introduced the feature of paid advertisements, connecting brands to individuals, and emerged the new celebrity: the “social media influencer”. These are not your typical celebrities. Although they promote a seemingly untouchable lifestyle of luxury, influencers project an image that is both idealistic and attainable (but only if we purchase their products). This leaves consumers in a catch-22 - we can only remain 'on-trend' and look like Molly-Mae should we keep buying the latest product, whether it’s her Filter fake-tan, her Beauty Works hair-stylers, or her collection of clothes from PrettyLittleThing.

Fast fashion brands have recently taken advantage of this strategy and have used the names and faces of those with a large enough following promising significant revenue and media coverage. From social media blogger to reality TV star to brand ambassador of Pretty Little Thing, Molly-Mae Hague turned a following of 120,000 into 6.2 million in the last three years. In 2021, Hague was made Creative Director of PLT at the age of just 22, an achievement initially recognised as a celebration for feminism. However, her wide-reaching impact on fast fashion sales has escalated discussion surrounding the environmental impact of the industry and instigated a call to cancel influencer culture that pushes these problematic companies. Between 2019 and 2020, PrettyLittleThing's revenue grew by £141.9 million and the total of active customers grew by over a million. PLT's Instagram also gained 1.8 million followers. Hague's contribution to the brand's collections and campaigns undoubtedly influenced this unsightly growth and indicates a dark underbelly beneath the success of fashion social media influencers.

Fast Fashion is deadly and generates a disturbing sum of excessive waste. On average, Boohoo Group PLC, the father company of PLT, can produce a total of 54 million articles of clothing a year and a study by Oxfam recorded that just a thousand consumers are capable of throwing 11 million articles away straight into landfill sites. The United Nations’ Intergovernmental Panel on Climate Change also calculated that fast fashion emits 10% of CO2 emissions - and for what? It seems we are pushing the planet to its limits and beyond just for the sake of it.

The production of fast fashion is also infamous for the use of harmful chemicals and the leading brand PLT came under fire in 2019 after a customer in California noticed an alarming statement within the Terms and Conditions. It declared the products may contain chemicals 'known to cause cancer and birth defects and other reproductive harm.' The brand's justification was it must comply with California's Proposition 65, the Safe Drinking Water Act in 1986 to help consumers protect themselves from harmful substances. But how is this a justification when it clearly poses potential harm?

The industry not only takes an environmental toll but a human cost too. In 2020, The Sunday Times discovered Boohoo factory workers in Leicester were being severely underpaid, some as little as £3.50 an hour. That is 40% less than the national living wage at the time. CEO Uma Kamani is said to be worth approximately $455 million. But the human impact of fast fashion does not stop at poverty within the UK. Predominantly non-white Asian countries including Vietnam, Bangladesh, and Indonesia account for almost all textile production and are relied upon by fast-fashion giants due to the unregulated work conditions of their factories. Meanwhile, the infamous Black Friday Sales can sell products for as little as a singular penny. The human and environmental cost is far greater.

So how in touch are our influencers with the production process of the clothes they promote?

Members of the public have accused Hague of being 'tone-deaf' during Steven Bartlett's podcast, 'The Diary of A CEO', for claiming that "we all have the same 24 hours". This effectively disregards how a lack of financial resources may limit an individual's ability to achieve their goals and was particularly scandalous after allegations were made that factory workers were not receiving fair living wages. The criticism for being tone-deaf could arguably apply to her attitude and experience in textile production too, something we would expect her to be well-acquainted with as a creative director, despite its disturbing reality. From her "shop haul" videos on her online channel, it is clear Hague is an experienced clothes stylist but she fails to comment on the actual fabric, source, or price justification of the garments she reviews to her audience. This is something she is yet to publicly speak about in relation to the harmful production practices at PrettyLittleThing.

The brand has said they will be "encouraging sustainability hugely" by creating a resale platform for customers to sell preloved garments bought from the brand. Hague commented they hope it will "really disrupt the fast fashion industry" despite this being the very business model the company is based on. Activist Venetia La Manna has accused this campaign of "greenwashing" whilst protesting outside their London fashion show last month. Marketplaces and second-hand e-commerce platforms are not a new concept and include companies like Etsy, eBay, and Depop to name a few. Founded in 2011, Depop created the largest online marketplace for over 21 million users. Its user interface that replicates platforms like Instagram contributed to its popularity and is steadily promoting the trend of buying second-hand in a world of climate change. Despite promising to deliver the bare minimum, PrettyLittleThing and other fast-fashion brands would do well to join the trend of sustainable fashion.

PLT statements on sustainability - Georgia Brown. 2022. Hello! Magazine. Here's what Molly-Mae Hague had to say about PrettyLittleThing and Sustainability.

Charity Shopping – Help or Hinderance in the Fight Against Fast Fashion?