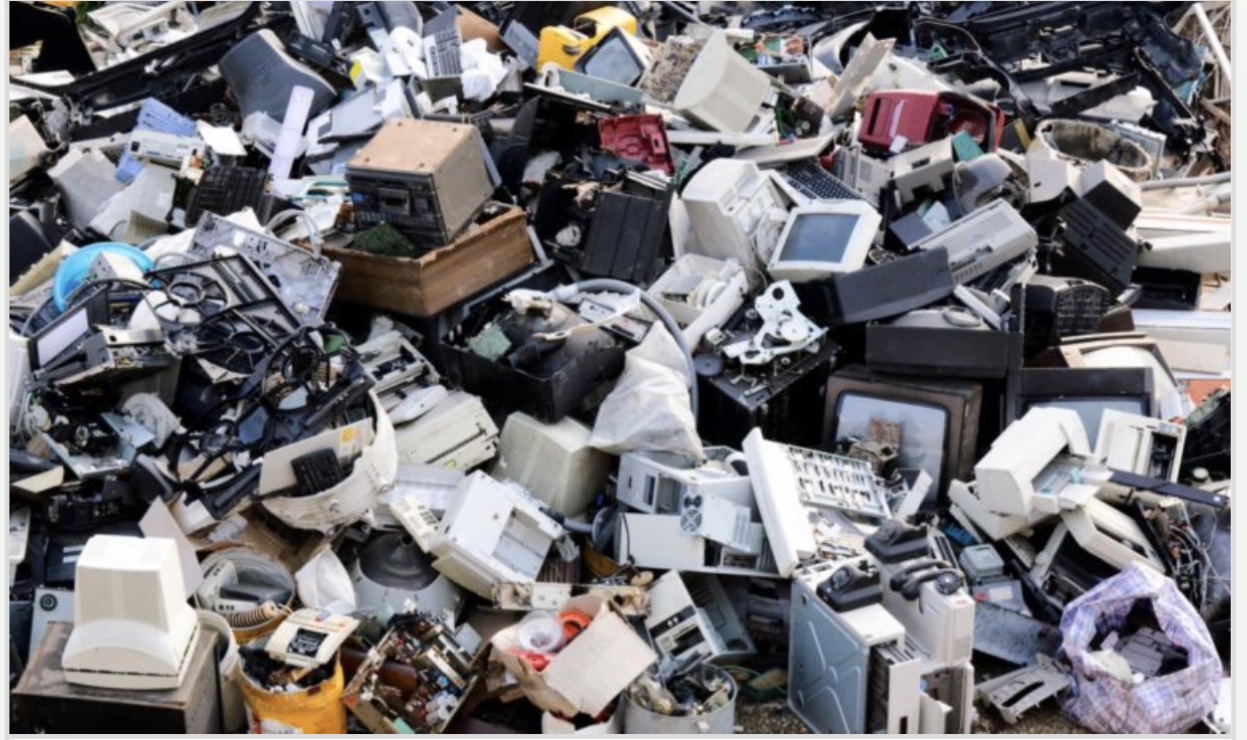 The rise of technology in recent decades has been a boon to mankind. Most of the jobs which were tedious before can now be completed in minutes or seconds. One of the best examples would be the Smartphone, earlier people had to wait for days to get in touch with their loved ones or pass any emergency message but now it’s just two clicks away and you can be connected to anyone across the globe.

But the rising Smart devices and other E-devices have led to rise of E-waste at a very considerable rate, more than the world was prepared for and now this is going in the form of landfills thereby polluting the land and environment. E-waste contains harmful chemicals such as barium, arsenic, lead, mercury etc. When these chemicals are broken down in landfills, they tend to leak these hazardous chemicals into surrounding air and water bodies creating a toxic environment.

Amount of E-waste Produced Per Year

The world produces as much as 50 million tonnes of electronic and electrical waste (e-waste) a year, weighing more than all of the commercial airliners ever made. The e-waste produced annually is worth over $62.5 billion, more than the GDP of most countries. There is 100 times more gold in a tonne of e-waste than in a tonne of gold ore.

More than 44 million tonnes of electronic and electrical waste was produced globally in 2017, over six kilograms for every person on the planet. Global e-waste production is on track to reach 120 million tonnes per year by 2050 if current trends continue, according to a report from the Platform for Accelerating the Circular Economy (PACE) and the UN E-Waste Coalition.

Less than 20% of e-waste is formally recycled, with 80% either ending up in landfill or being informally recycled – much of it by hand in developing countries, exposing workers to hazardous and carcinogenic substances such as mercury, lead and cadmium.

According to the report, in addition to health and pollution impacts, improper management of e-waste is resulting in a significant loss of scarce and valuable raw materials, such as gold, platinum, cobalt and rare earth elements. As much as 7% of the world’s gold may currently be contained in e-waste, with 100 times more gold in a tonne of e-waste than in a tonne of gold ore. The failure to recycle is also leading to shortages of rare-earth minerals to make future generations of electronic equipment.

Millions of mobile phones, laptops, tablets, toys, digital cameras and other electronic devices bought in Christmas are destined to create a flood of dangerous “e-waste” that is being dumped illegally in developing countries, the UN has warned. Most of the e-waste from European countries and USA is dumped in African and Asian countries like Somalia, Ghana, India, Bangladesh etc. thereby damaging the environment and ecosystem in these poor and developing nations. An old-style CRT computer screen can contain up to three kilograms of lead, for example.

An indication of the level of e-waste being shipped to the developing world was revealed by Interpol. It said almost one in three containers leaving the EU that were checked by its agents contained illegal e-waste. Criminal investigations were launched against 40 companies. Although it is legal to export discarded goods to poor countries if they can be reused or refurbished, much is being sent to Africa or Asia under false pretenses, says Interpol.

It is not only the responsibility of the government to recycle the e-waste but also all the citizens must contribute in better and efficient management of  e-waste. The rising problem of e-waste and its management thereby polluting the local river bodies or land is also contributing to global warming.z

Solutions include durable product design, buy-back and return systems for used electronics, ‘urban mining’ to extract metals and minerals from  e-waste, and the ‘dematerialisation’ of electronics by replacing outright device ownership with rental and leasing models in order to maximise product reuse and recycling opportunities.