The Satirical Truth About Your Holiday Shopping 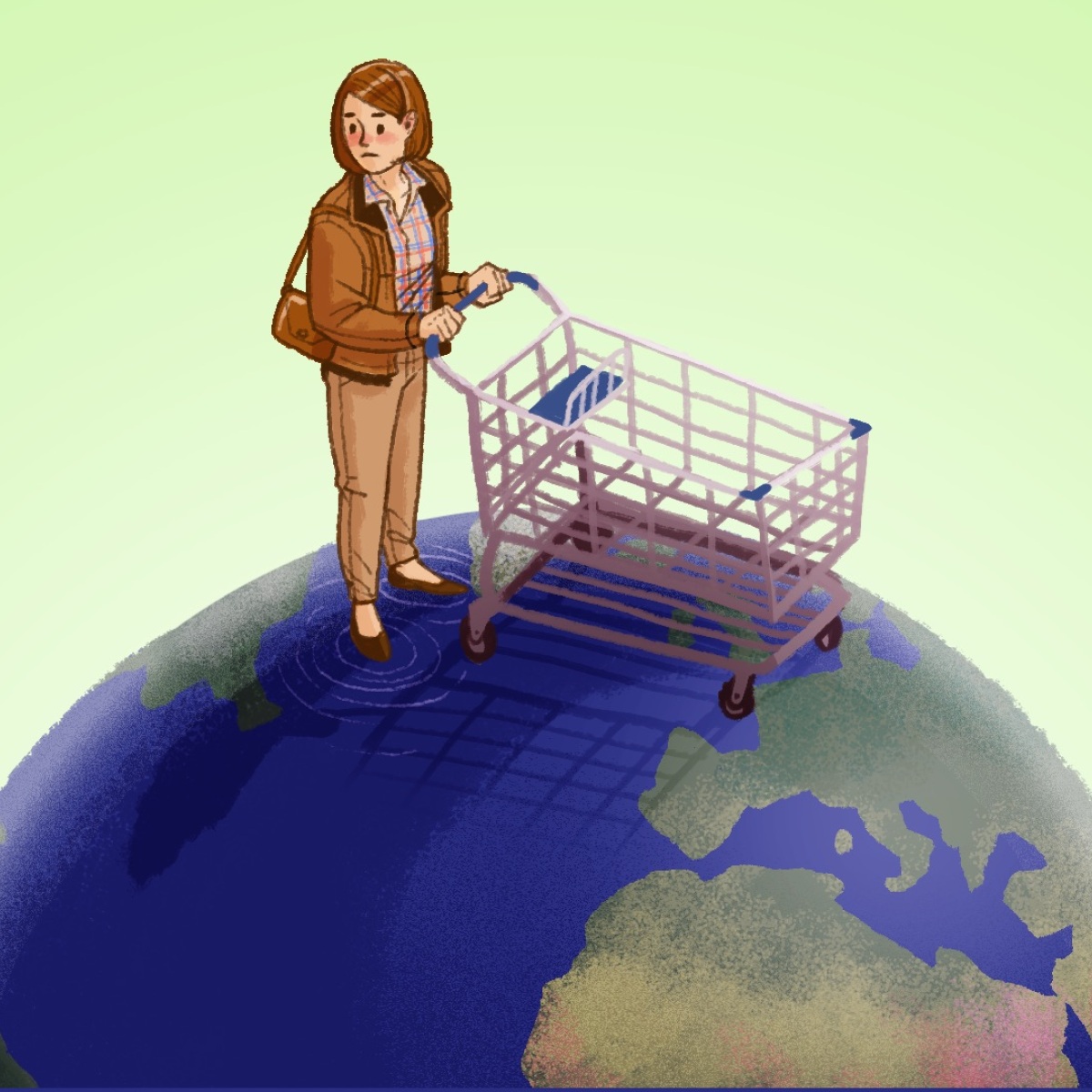 Dusk approaches, your stomach is still stuffed, the pie tin awaits its afterlife in the dishwasher, and your grandma passed out on the couch 12 hours ago. You’re wide awake and ready to go, you open the door, but a voice from afar hollers, “Wait…it’s still thanksgiving where are you going?” You’re halfway out of the house, and shoot your dad a somewhat empathetic grin, “It’s Friday now, the stores are half-off!” Your mom chimes in, “We got to get shopping!” while she tugs her husband’s arm to commence the second holiday of the week. The dinner for giving is gone, but today marks the arrival of the months of getting. The door slams and grandma groans awake and reaches for her cane, but her crippled body does not permit her to peel herself from the couch without someone to help. She hollers for her estranged family that had joined together for what she thought was longer than a dinner, but as her nose fails to sense a whiff of turkey, and the perspiration of ripe materialistic longing overpowers the pain from her dislodged hip, she realizes she has been abandoned to wither away into the broken disparity of her son’s couch.

Each year as the calendar passes from the third Thursday to the Friday after, America’s ovens close and wallets open. However recent conversations reveal new trends surfacing:

*Suburban mom’s walk with the girls*

“Hey Linda, I love your new Lululemon yoga set, you always have the hottest gear.”  Comments Penelope, the fastest walker of the crew, while they take up the entire street of the neighborhood roads.

“Stop girl, you’re too sweet, my salary check was over a couple million, so you know I had some fun.” Linda giggles off with joyful pride at her excessive expenditures on mediocre athleisure.

New walker, Tracy, adds in, “Now I’ll know what to get you now for the holidays Penelope!”

“Wait, it’s the end of December,” Roberta jabs, “you can put it in your notes for next year.”

“No I mean, if we want to beat the really crazy holiday shoppers we gotta get out early, January 1st is no longer the end of the 2021 holiday season, but the start of the 2022 holiday one.” Exclaimed Linda, excited to spend another 6 million of her savings on her wishlist.

“Wow, guess as the ball drops, so will our bank accounts!” All laugh in ignorant bliss of the ever-building credit card debt that grows with the empty voids inside of them.

The walkers trail off, but the superficial motives that keep those 15 minutes per mile legs going will eventually give out with granny’s hip. I mean it’s fine that as soon as Thanksgiving is over you ditch grandma to go shopping. She’ll know how much you love her when her Christmas gift is financing her $3,000 hip replacement from when she fell alone, in your home, trying to get to the phone. It’s all good though it was on sale! $2,999 hip replacement, what a deal! She will definitely be back and better for New Years…with the other side of the family, you know that spends time with her. And It’s okay that your relationship with your friends exists purely on the surface, so instead of having an awkward lunch, you’d rather spend excessive amounts of money to avoid their presence. All this money you’re pouring out is going to great places, you are a proud supporter of the American economy. A thriving, morally observant, and environmentally conscious system that has your best interests at heart. Let’s take a look:

“Hey roomful of white affluent men,” says the CEO of all US corporations, “It’s January first, how are we going to get those big-spending holiday shoppers to make us more money than we could ever possibly spend? That way we can not pay our taxes which invest that money into our government. I mean it wouldn’t even go to the minority groups that need it anyways, but right back into our pockets since the United States capitalist system is built upon fundamentals that only help us, the 1% of the country, white affluent men.”

“I mean should we be more conscious of current climate patterns and focus on a sustainable campaign, in which we reuse the waste products from production and try to eliminate any form of waste from shipping, such as bubble wrap, and or plastic container, while incentivizing consumers to bring their reusable shopping bags?” Says semi-active Twitter user Paul that follows one climate activist account (more than the rest of the “college-educated” adults in the room).

*Blank stares all around*

“I guess that would beg the question if that would even combat our global climate impact, since production and electricity (lighting, heating, cooling) in these factories and retail shops, as well as the transportation of these products from factories to stores to homes, are the largest contributors to greenhouse emissions making up, together, 48% of the United States total emissions!” The same semi-educated Twitter user rambles.

“Umm,” long-time executive Robert intrudes uncomfortably, “I think we should stick to trying to make money the usual way. When the world ends in 28 years the billions of dollars we make off targeting masses of consumers to spend money on goods beyond their very basic needs will come in handy.”

“Yeah I mean that’s a really good point Robert, and by the usual way, Data Analysis Jefferey, what does that look like?” Asks another unconsciously biased male.

The data person takes the floor: “So basically we generalize the entire mass of consumers and divide them into demographics of who will spend the most during the holidays. In the end, this institutionalizes injustice towards minorities into the corporate system.”

“To finalize this year’s plan,” the Ceo concludes, “we are doing the same process as always, which kills the Earth and promotes systemic inequalities! Wow, this holiday season has me really grateful for consumerism. Let’s get rich!”