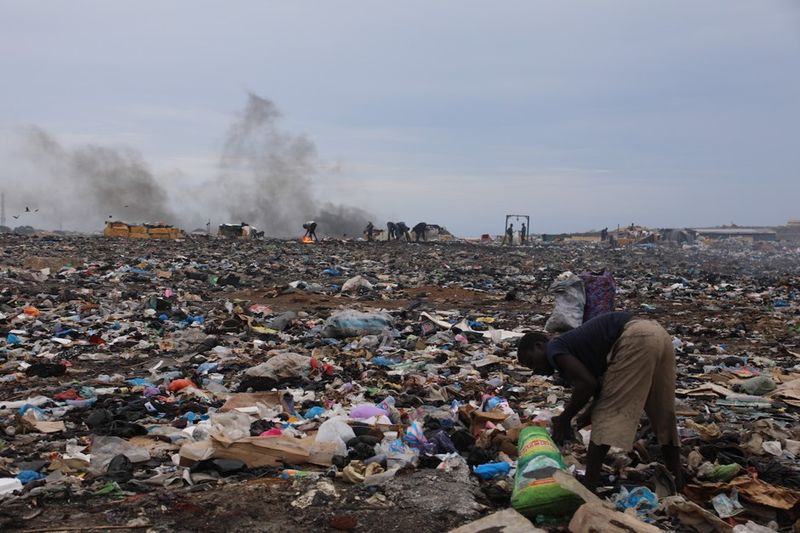 On the 22nd of March 1989, a text known worldwide as the Basel Convention was adopted and entered into force on the 5th of May 1992. The official name is the “Basel Convention on the Control of Transboundary Movements of Hazardous Wastes and their Disposal”. It is currently signed and ratified by 172 parties, apart from the United States, Haiti, and Afghanistan, which have not ratified it yet. The main goal of the convention is to control the unregulated international movement of hazardous waste from developed to developing countries. This decision followed the international condemnation in the 1980s concerning the discovery of considerable toxic waste deposits in Africa and other parts of the developing world. Using other countries for dumping toxic waste was a common practice in the so-called developed world during the 1970s and the 1980s within the concept of NIMBY, an acronym that stands for Not In My Backyard. This idea, coined in the mid-70s, has two main connotations. The positive one is linked to the unwillingness to accept industrial projects detrimental to the environment. The negative one indicates that project opponents want poor people and impoverished communities to deal with the consequences of toxic waste facilities.

Many countries are used as dumpsites for e-waste. In Africa, the problem concerns Ghana and Nigeria on the west coast and Tanzania on the east as the main receivers of e-waste coming from the UK and the EU. Ghana, with its notorious Agbogbloshie district, has become the symbol of this unregulated and unethical practice. Agbogbloshie is a commercial area close to the capital city of Accra, located on the Korle Lagoon of the Odaw River. This site is well-known as a collection point for externally generated automotive and electrical scrap, primarily from the Western world. It was said to be at the heart of a legal and illegal exportation network for the unlawful dumping of electronic trash (e-waste) from developed countries into the environment. E-waste represents for the local people the main source of livelihood as they try to make a living by sorting it out and reselling it in open markets.

The implications for public health are serious since the remnants are burnt in the open air with no regulations whatsoever. Accordingly, many of these workers suffer from burns, back difficulties, and infected wounds, as well as breathing issues, chronic nausea, and severe headaches, all of which are caused by the dangerous work environment and harmful pollutants. This waste arrives mainly 20 miles east of the Agbogbloshie landfill in the Port of Tema. Hundreds of thousands of tonnes of discarded electronics are brought in enormous containers, mostly from Western Europe and the United States. They are frequently branded as secondhand consumer products to circumvent the Basil Convention to avoid labeling them as waste. Nonetheless, their influence is toxic. Moreover, many exporters label e-waste scraps as donations, making local people believe that it is a gesture of goodwill from the western world to bridge the technological gap. This is the so-called “repairable loophole” that allows traders to claim that non-functional electrical and electronic equipment should be labeled as waste if it is intended to be repaired in the destination country. This permits them to completely circumvent the Basel Convention's constraints.

According to the 2019 United Nations E-waste Coalitions report, it is difficult to estimate how many electrical goods are manufactured each year, but internet-related devices largely outnumber humans. The number is expected to rise to between $25 and $50 billion by 2020 because of falling costs and increased demand. E-waste is currently the world's fastest-growing trash stream, dubbed "the tsunami of e-waste" by the United Nations. In 2018, this stream was estimated to have surpassed 50 million tons. If nothing changes, this number is predicted to double. The main problem is that only 20% of e-waste is properly handled globally, and there is little information concerning the rest, which is mostly disposed of in landfills by unorganized employees obliged to work in deplorable conditions.

The United Nations Environment Programme maintains that Ghana produces 85% of the e-waste discarded in the country and other parts of West Africa. Accordingly, stopping the importation of discarded electronics from the developed world will not put an end to the fires in Agbogbloshie, as the people who rely on e-waste must provide the solution. At this dumpsite, everything from cars to microwave ovens is manually disassembled by the owners, their families, and staff. Metals and e-waste, classified as outdated consumer electronics, are a very modest part of the entire garbage stream. Phones, laptops, and outdated televisions aren't the only items that might be hazardous if recycled incorrectly. The majority of what is burned in Agbogbloshie is automobile wheels, stacked up for hundreds of meters and left to burn, producing lethal amounts of carbon monoxide and other harmful compounds. Workers will later collect the steel that has been left behind.

Lately, Switzerland has tried to act. The country prohibits the transfer of garbage to underdeveloped nations such as Ghana. The transfer is allowed solely to the European Union. This does not rule out the likelihood that e-waste sent to EU countries is not re-exported to Asia or Africa. Greenpeace said in 2009 that e-waste from the United States, Norway, Denmark, and the Netherlands ended up in Ghanaian landfills. They were most likely shipped to Ghana as secondhand equipment or non-hazardous waste, which is legal, but they could have also arrived illegally. Switzerland now aims to fill some of the holes in the original text of the Basil Convention. Accordingly, the country, along with Ghana, filed a proposal in 2020 to make the receiving country's prior informed permission obligatory even if the e-waste is classified as non-hazardous. This proposal will be debated at the Basel Convention's 15th Conference of Parties (COP15) in July, and if member countries agree, it will be enacted.

In Africa, measures are being taken to tackle the problem. The Basel Convention urges parties to organize regional, multilateral, and/or bilateral agreements on hazardous waste according to article 11. This culminated in the 1998 Bamako Convention. This African agreement prohibits the import of any hazardous materials, aiming to limit and regulate e-waste transportation both inside and beyond African countries. This, in theory, ensures that electronics are disposed of in conformity with sustainable green principles. However, while legislation to restrict hazardous waste trading in countries that export waste to poor countries is in place, this is not always implemented successfully. The main problems are slow legislative progress and low levels of compliance.

According to Dr. Ngongang Danube, Technical Air Quality Expert at UNEP, the main problem is that poor waste management generates other forms of pollution. He linked this to open waste burning, saying that unrestrained open waste burning in Africa is causing illness, early mortality, and climate change and that it must be halted if African countries wish to reduce emissions and achieve sustainable development by the 2020s. Rather than burning it, waste should be recycled. He reported that the African Union has set some ambitious goals by 2023 to make most African cities recycle at least half of their waste. This can be achieved through the transfer of organic waste to composting and bioenergy recovery, as well as refurbishment, repair, reuse, and recycling of plastics, paper, metal, glass, tires, and electronic trash.

Many African countries are responding positively to the increasing problem of e-waste dumping and recycling. As the Global E-waste Monitor 2020 reports, 13 African countries have enacted e-waste policies, legislation, or regulations. Their efforts can serve as a model for other countries seeking to enhance their e-waste management systems. One direction in this sense is the clear definition of each actor`s responsibility and the Extended Producer Responsibility (ERP). Countries like Côte d'Ivoire, Cameroon, Ghana, Madagascar, Nigeria, Rwanda, and South Africa have included definitions of e-waste management and EPR in their regulations. They place a greater focus on the person or persons introducing, importing, and manufacturing electronics than on companies. This makes determining who needs to register with the EPR scheme more efficient. Another successful direction is sustainable financing. Good examples are Nigeria and Ghana. In Nigeria, producers contribute not only to the cost of e-waste management, which includes garbage collection, separation, and transportation, treatment and recycling, and final disposal, but also to public awareness, education campaigns, and training programs. In Ghana, an e-waste eco-levy on the import of used and end-of-life electrical and electronic equipment has been introduced. Lastly, collaboration with the private sector has been favored. For Instance, South Africa and Rwanda have established Producer Responsibility Organizations (PRO) to help producers fulfill their obligations under the ERP system.

The Agbogbloshie dump is only one of the several dumping sites in Africa. While the western world tries to fill the Basel Convention gaps and exhort African countries to adopt more regulations two major questions remain unanswered. The first concerns those exporters who deliberately circumvent the Basel Convention and continue sending endless flows of toxic e-waste to Africa. The second is deeper and concerns people`s habits in the developed world. Consumers seem to be stuck in a dangerous technological trap that pushes them to discard with incredible easiness electronic equipment to ask for more advanced ones. In the end, and as usual, people's health and the environment are subjected to the law of demand.

A Green Lesson from Africa