What is our Government Doing to Improve Climate Change? 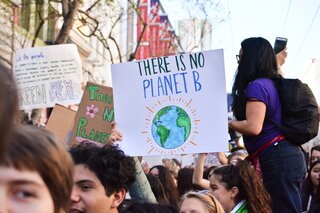 Red extreme heat warnings have been issued by the Met Office for the current weather conditions, stating: “Climate change has already influenced the likelihood of temperature extremes in the UK. The chances of seeing 40-degree days in the UK could be as much as 10 times more likely in the current climate…”. Temperatures are expected to reach their highest points in the southeast of England.

So, what is the UK doing about climate change?

The UK was the first country in the world to create a legally binding national commitment to cut greenhouse gas emissions, and this was the Climate Change Act of 2008. Furthermore, the UK also joined the 2015 Paris agreement on climate change which is the world’s largest legally binding international treaty. Our relationships with other countries and business/political influence are essential and can inspire action. In 2021, the UK hosted a flagship international climate conference in Glasgow, which was key to coming together and tackling climate change. Alongside this commitment, they created the Climate Change Committee that advises the government on emissions targets and reports to Parliament on the progress in reducing greenhouse gas emissions.

There has never been a greater urgency to move away from fossil fuels, secure energy supplies, and reduce carbon emissions. In June 2022, the Climate Change Committee released a report detailing the UK's progress in reducing greenhouse gas emissions, uncovering some shortcomings in achieving the UK's climate goals. In terms of delivery of emissions reductions, the report concludes that outside the high spots of electric car sales and renewable electricity deployment, they have not seen progress in some areas as well as they wanted to.

●       Surface Transport- The indicators show clear progress of electric cars, but since the lifting of lockdown rules, car travel has rebounded, reaching above pre-pandemic levels. This could have been due to the development of charging infrastructure for electric vehicles not making fast enough progress.

●       Electricity Supply- The deployment of renewable electricity such as offshore winds has been positive, and they are doing further analysis on the Energy Security Strategy.

●       Buildings- Unfortunately, rates of improvement in energy efficiency are well below the necessary levels and have been over the last decade. A proposal was made to achieve at least 600,000 installations a year for heat pumps.

●       Manufacturing and Constructions- There has not been relevant data available to track the progress, but the advice given was that the “government should review, invest in and initiate reform of industrial decarbonisation data collection and annual reporting”.

●       Agriculture and Land Use- With the data given, indicators show a lack of progress in low carbon farming and productivity measures needed to carbonise the agriculture sector. Land Use, such as degraded peatlands and tree planting, is the most necessary for reducing emissions. Meat consumption is reducing at a good rate.

Even with commitments made and progress being evident we still have a long way to go in terms of reaching our targets and reducing greenhouse gas emissions. However, it is not only the government that can help with climate change… we can too! So, here are a few ways how we can do it according to the Imperial College in London…


Climate change is real, and it is happening, with each step, we take as consumers to help reduce greenhouse gas emissions will help with the commitments the government has made.

Speaker of House Votes Finally Pool Together for New Pick