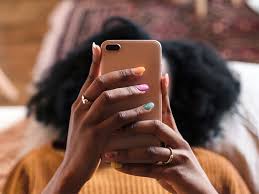 Our society today is centered around technological advances and easy access to an entire world of information at the tips of our fingers. We have the opportunity to communicate with strangers from any corner of the world simply by pressing a few buttons on our phones and computers. It is undeniable that technology has become the very lifeblood of our society. But have we ever stopped to consider the long-term damaging effects that these technological habits and lifestyles have on our brains?

Digital dementia, a new term circling scientific and psychological research communities, is becoming increasingly popular as more people discover how cellular device usage can inhibit our brains’ natural functions. The phrase, coined by neuroscientist Manfred Spitzer, can be described as the deterioration of cognitive abilities resulting from the overuse of digital technology.

Another definition, as stated by Sycamore Valley Chiropractic, explains digital dementia as a “modern-day health epidemic resulting in a sensory mismatch in the brian from over utilization of technology.” Essentially, it is the negative result of relying on technology too much and causing imbalance in the functioning of various areas of the brain. It can be especially detrimental to children and adolescents as they “demonstrate a decline in cognition and short-term memory loss,” because they rely heavily on technology while their brains are still maturing and developing.

So, what areas of the brain are being overdeveloped and which ones are becoming underdeveloped? Scientific research established by the National Library of Medicine has shown that the left side of the brain, which is responsible for rational and linear thinking, is maintained throughout by the use of technology, “while the right side, which is linked with concentration, remains untapped and eventually degenerates.” This imbalance of stimulation between these two sides of the brain can lead to reduced attention and limited memory recollection.

In addition to a decline in attention span and memory retention, over-reliance on technology can cause other disorders and diseases. Psychology Today reported that previous research has shown that a decrease in hippocampal stimulation results in the breakdown of gray matter, which is associated with “an increased risk for schizophrenia, post-traumatic stress disorder, depression, and dementia.” Though memory loss might be the most likely symptom of technological dependencies, it is certainly not the only worrying factor. The imbalanced usage of various brain areas is dangerous to every aspect of cognitive development and function, which should not be sugar-coated or treated lightly.

Though we live in a society that is centered around and dependent on technology for communication and connection, all hope is not lost. There are plenty of lifestyle and habit changes that can counteract the detrimental effects of digital device usage. Alzheimers.net suggests activities like reading, learning a language, or playing a new instrument to help your brain maintain and regenerate its natural cognitive functioning. Additionally, challenging yourself to recall facts, details like phone numbers and passwords, and other information without looking them up first can also strengthen your memory recollection. Things might not be too far gone to start trying to reverse the consequences of our current technological generation.

Technological dependencies are indeed continuing to increase in our society, and we are starting to suffer from the damaging side effects of our habits. Research has been encouraged to help scientists and psychologists further understand how extensive these effects are on the human brain. But that does not mean we as individuals are helpless against the societal obsessions that continue to strengthen. Activities like learning a new skill, spending more time outside, and fostering interpersonal relationships away from technology are just a few habits you can start practicing to decrease the cognitive symptoms of technological dependency.