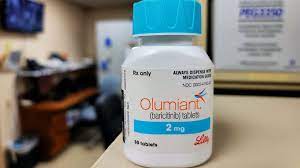 This year, alopecia has been at the forefront of medicine and media, mostly due to the incident that occurred at the 2022 Oscars where actor Will Smith slapped comedian Chris Rock for making fun of his wife’s alopecia condition. Since then, Smith’s wife Jada Pinkett Smith has been a proponent of raising awareness for alopecia, and has been credited by many fans for helping them conquer their own insecurities.

Perhaps the efforts made by Pinkett Smith haven’t gone unnoticed, as this week, The Food and Drug Administration (FDA) has approved a drug to help treat the autoimmune disease called alopecia. Alopecia occurs when the cells of the immune system attack hair follicles, and this in turn causes hair to fall out and bald patches to take place. It affects more than 300,000 Americans every year. The new treatment drug is called Olumiant, and it is taken in the form of an oral tablet.

Olumiant works by “interrupting cytokine cell signaling as well as the signaling pathways of enzymes”, as stated in an article written by Medical News Today. When the body produces too many cytokines, the immune system can become deregulated and a result can be the development of alopecia. Olumiant isn’t even considered a new drug, as it has been traditionally used to treat rheumatoid arthritis, and scientists have only now discovered that it can treat alopecia as well.

According to trials and experiments done by the FDA, Olumiant allows adequate hair regrowth in up to 80% of patients who take it. This is a benchmark in modern medicine, as it marks the first time a “systemic” treatment has been approved by the FDA to treat alopecia. There have been other treatments available for alopecia, such as corticosteroid, which is a topical treatment that is usually prescribed to younger people with alopecia. There is also treatment through immunotherapy, which alters immune response and keeps immune cells from attacking hair follicles. However, Olumiant is the first alopecia treatment that treats the entire body instead of just one specific area, thus deeming it the first “systemic” treatment for alopecia.

“Access to safe and effective treatment options is crucial for the significant number of Americans affected by severe alopecia… today’s approval will help fulfill a significant unmet need for patients with severe alopecia areata.” stated the director of the Division of Dermatology at the FDA, Kendall Marcus. As medicine has once again prevailed in the treatment of another disease, people who suffer from hair loss have a new hope.