Fentanyl is Taking Over San Francisco 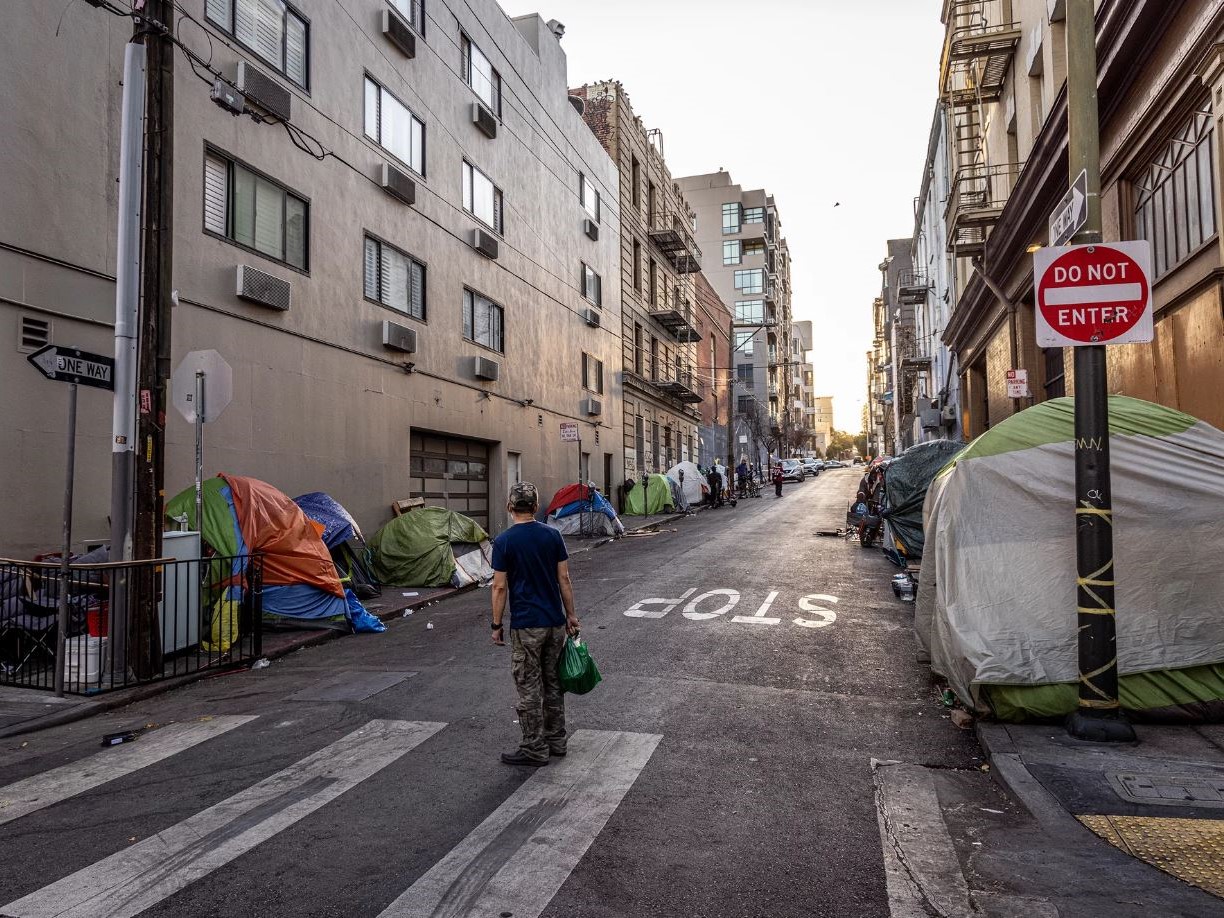 For the people living in the Tenderloin district, more than 40% of all drug overdoses are located exactly there, neighbouring SoMa district. This is according to city data. (Rachel Bujalski for NPR).

In February this year, San Francisco`s mayor London Breed declared a state of emergency in the Tenderloin district. This area has made the headlines throughout the years for a series of problems related to extreme poverty, homelessness, and substance abuse.

Nevertheless, two added problems seem to have made the situation even worse recently. One was the pandemics and the other was the quick spread of a new synthetic opioid called fentanyl.

The former member of San Francisco`s board of supervisors Matt Haney, whose activities covered, among others, the Tenderloin reported that at least two people a day die of an overdose in this district. He also added that over the past two years more than 1,360 overdose fatalities have been registered, whose majority were caused by fentanyl.

As he further explains, smoking or shooting this drug is tantamount to playing Russian Roulette as people may die within a few minutes after purchasing their dose from the local dealer.

As the Guardian reports, both the Tenderloin and the adjacent South of Market (SoMa) district have become the epicenter of an overdose crisis. Although fentanyl is widespread among Hollywood celebrities and high school teenagers, it seems to be also a panacea for those affected by homelessness.

Accordingly, a considerable shift in the number of homeless people occurred between the 1990s, when the percentage amounted to 30%, and today where figures oscillate between 75% and 80%. This significant shift can be explained by the construction of luxurious high-rise condominium buildings replacing the district`s old cheap houses.

But what is exactly fentanyl? Fentanyl is a synthetic opioid substance, 50 times stronger than heroin and 100 times stronger than morphine. Two versions of fentanyl can be founded in the market: a pharmaceutical and an illegal one. In the first case, a prescription is strictly required for the treatment of severe pain, particularly from cancer and surgery.

To counter this problem, some actions have been recently undertaken. After the state of the emergency declaration issued by the mayor in January this year, a specific area was created to tackle the problem.

This place, the “linkage center”, provides affected citizens with several services like drug, alcohol, and mental health facilities but also homeless support by offering shelters with beds and, eventually permanent housing. Here people can find a hot meal, restrooms, and showers on a daily basis.

There are also other organizations supporting the endeavor. “The Glide Foundation”, a non-profit organization which implements harm reduction to reduce the drug addiction problem and create trust-based relationships, besides offering meals and assistance.

Harm reduction is a technique employed by the linkage center as well and consists of the use of easy-to-use nasal spray bottles of Narcan, a life-saving opioid-reversal drug.

In this regard, The Drug Overdose Prevention and Education (DOPE) Project is largely contributing to this by training volunteers on how to subminister this substance. Since 2003, the project managed to train more than 13,000 just in San Francisco.

Another effective team is The New Street Overdose Response Team (SORT). Along with the Street Crisis Response, this pilot project is made up of specialized and trained paramedics acting promptly for the containment of drug addiction problems. In collaboration with the fire departments, the aim of the team is to deliver immediate care after an overdose occurs.

These two programs were launched by the mayor and city leaders during the pandemics and they are just some of the many tools available to tackle the overall problem. As a matter of fact, drug addiction and homelessness in San Francisco are complex issues with the basic underlying problem being social inequality.

The problems affecting the Tenderloin are not new. They have been plaguing the area for many decades making it a sort of containment zone for challenged people. The pandemics were, therefore, just the tip of the iceberg revealing more clearly these staggering imbalances.