Food Apartheid: The Many Facets of Creating an Equitable Food System in the U.S. 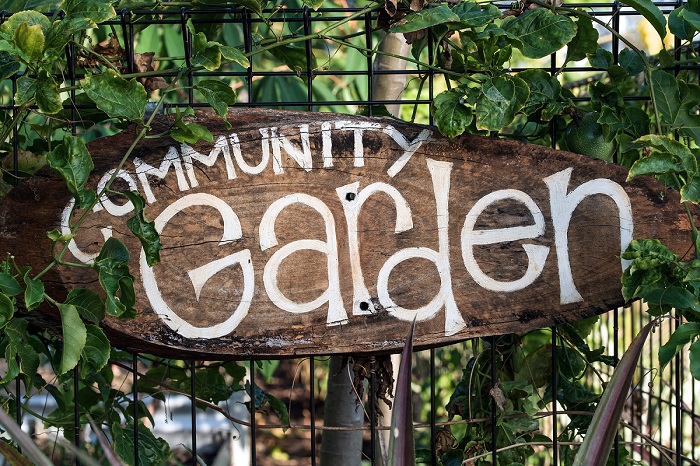 Are we on the path to food sovereignty, food security, and dismantling oppressive systems?

America’s healthy food movement is on the rise, and local food systems are being reshaped in the process. But not everyone is part of the sustainable revolution. An estimated 39 million people across the United States do not have convenient access to fresh, healthy food — a pattern that predominantly follows classist and racial lines. Are we on the path to diversifying toward more equitable food systems?

Healthy food has become more of a privilege than a right, and communities marked by socioeconomic segregation are not experiencing the nutritional benefits of the predominantly white and middle to upper-middle class whole foods culture. While “food desert” was initially adopted to describe the inequality that defines the U.S.’s food system, farmer and food justice advocate Karen Washington coined the term “food apartheid”. “The word ‘desert’ makes us think of an empty, absolutely desolate place,” she explains, “but there is so much life, vibrancy, and potential in these communities. I coined the term ‘food apartheid’ to ask us to look at the root causes of inequity in our food system on the basis of race, class, and geography.”

Discrimination of Socially Disadvantaged Producers: A Systematic Issue That Takes Too Long to Heal

The United States Department of Agriculture (USDA), started out by exploring the connection between low-income communities and limited access to supercenters, grocery stores, supercenters, and other sources of affordable, healthy food. Later data, however, note that proximity to supermarkets stocked with healthy foods is not the only contributing factor. The studies show that availability is less of an issue than income, education, and preferences.

But there are also systemic issues to consider. US farm subsidies tend to be allocated towards white farmers, and while black farmers have brought the issue to attention by filing lawsuits against the USDA a decade ago, promised funds are still not always finding their way to them.

There is a long history of discrimination against black farmers and challenges have not yet dissolved but have changed. In the 2019 trade war with China, it was reported that 99 percent of the subsidies provided to farmers went to white farmers. Similarly, in light of the billions of subsidies, the USDA issued during COVID-19, John Boyd, founder and president of the National Black Farmers Association of Baskerville, Virginia, said that “money went predominantly to white farmers and large corporate farmers.” In June of last year, the USDA was supposed to start sending out 4 billion USD worth of payments as part of a loan forgiveness program for the socially disadvantaged, but a lawsuit by white farmers has (temporarily) stopped the checks. The plan is currently being revised with a “further equity focus.”

A Path to Food System Reform

A sustainable food system reform must be approached from various angles and need to consider. This includes private initiatives, community programs, and federal efforts that address food sovereignty, food security, and the dismantling of oppressive systems.

At the systematic level, beyond the subsidies that the government should provide, this includes reform of leadership in the food movement. Advocates such as Karen Washington have launched education programs that inspire more black community members to take on an active role in the food system. With her organization, Black Urban Growers, she advocates for black leadership in today’s food systems.

Beyond private initiatives, US programs are also finding firm footing in assisting low-income families on a federal level. The Supplemental Nutrition Assistance Program (SNAP), the US’ largest food and nutrition assistance program, started as a food stamp program in the 1930s. However it has since expanded to provide “nutrition benefits to supplement the food budget of needy families, so they can purchase healthy food and move towards self-sufficiency.”

A 2020 study found that the SNAP program has led to an increase in the food quality of SNAP participants in Pittsburgh. What’s more, insights published by the USDA have also found that SNAP can hold significant economic benefits, explaining that “SNAP also serves as an automatic stabilizer for the economy. For example, during an economic downturn, when unemployment increases and wages fall, more individuals become eligible for SNAP and enroll in the program. As SNAP participants spend this increased Federal assistance, income is generated for those involved in producing, transporting, and marketing the food and other goods purchased by SNAP recipients.”

But when it comes to education and sustainable change, community involvement is vital. Next to more traditional market models such as farmers' markets, community gardens are collaborative in essence and can involve locals in a more active way. A community garden in Brooklyn led by students and volunteers, for example, is set in place to provide fresh vegetables to their community. More than just growing the food and selling them at local markets, 25-year-old overseer Iyeshima Harris also encourages locals to grow and sell their own food, boosting local economies in the process. “The hope is for people to embrace their roots and get them back to growing their own food,” Harris explains. “Growing food should become a human right.”

And such initiatives, which start small, could grow into an indispensable asset to the local health and economy. This is reflected in initiatives such as Agrihood, which make it its goal to provide free, healthy food to their community. In central Detroit, the Michigan Urban Farming Initiative currently provides fresh produce to around 2,000 households, restaurants, pantries, and local markets through its Agrihood program. Tyson Gersh, the organization’s president, states that “over the last four years, we’ve grown from an urban garden that provides fresh produce for our residents to a diverse, agricultural campus that has helped sustain the neighborhood, attracted new residents, and area investment.”

A New Tool for Climate Justice? The UN General Assembly Declares Access to a Clean, Healthy, and Sustainable Environment a Universal Human Right