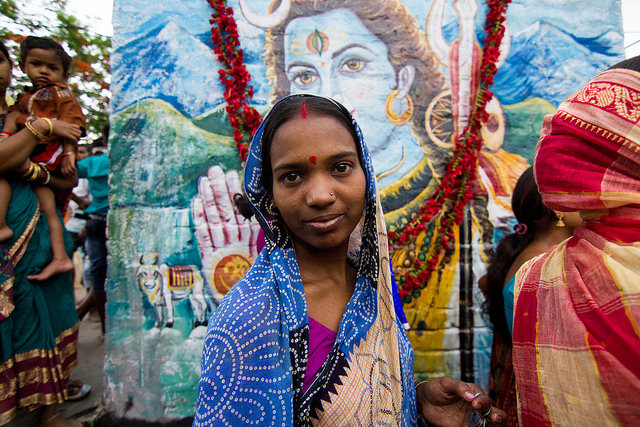 Menstrual practices among women in Jonha village would shock many people. Let alone not having used a sanitary pad in their life, many women here use ash, dried grass, dried cow dung, etc., as a form of sanitary pad. Jonah, a village in Angara Block of Ranchi district, has a population of 1044 females per the Census 2011 against 938 males. Despite having a high literacy rate of 69.33% and a female literacy rate of 60.95 %, the village ranks poorly in menstrual hygiene.

People in this village belong to tribal communities, and most men and women are involved in small-scale trading, agricultural activities, or daily wage earners. Some NGOs tried to address this issue by distributing sanitary pads, but this was not done regularly. There is one shop near the village that sells sanitary pads at the subsidized price fixed by the government. Therefore, women tend to use cheaper but unhygienic options."I had never heard of the word periods in my life," a woman from the village said. When she hit puberty, she was asked to use cloth, stay away from the kitchen and sleep on the ground during menstruation. "We use the ash left after we cook food to make pads," she added.

According to the National Family Health Survey (NFHS) data., 83% of women in Jharkhand are victims of unhygienic practices. Mangesh Jha, a Jharkhand-based rights activist, said, "At a time when people are talking about gender equality and women empowerment; these women do not even feel hygienically empowered in their homes, which is alarming.' In Dhanbad and Ramgarh regions, coal mine workers use coal dust in the form of a pad, he added. Government schemes like Menstrual Hygiene Scheme (MHS) and Free Pads for India (FPI) are ineffective in remote places such as these villages in Jharkhand.

In 2020 Prime Minister Narendra Modi launched a Rs 12,000 crore scheme to ensure access to sanitary napkins across India at the cost of Re 1 at Janaushadhi stores set up by the government under PM Bhartiya Janaushadhi Pariyojana (PM-BJP).There is no Janaushadhi centre near these villages, nor are the villagers aware of government schemes. Multiple lockdowns have worsened things as girls cannot get sanitary pads. An NGO named Motivate that works with women said that pads should be distributed for free and it should be made accessible to everyone. Government schemes need to be implemented effectively in remote areas too.

Apart from this, under the Swachh Bharat Abhiyaan, toilets are being built in remote villages, but people face hardships if they want to use them. "These common toilets are not accessible during the night, especially for the women; they find it unsafe to walk the distance to use it, so they prefer open defecation," said the activist.He also added that maintaining the toilets is challenging due to water scarcity. "This poses a serious threat to the health and hygiene of women. There is an increased risk of getting ovarian cancer by this. It can impact the reproductive tract and cause Reproductive and Urinary Tract Infections," said Dr Neelam Choudhary, a gynaecologist.