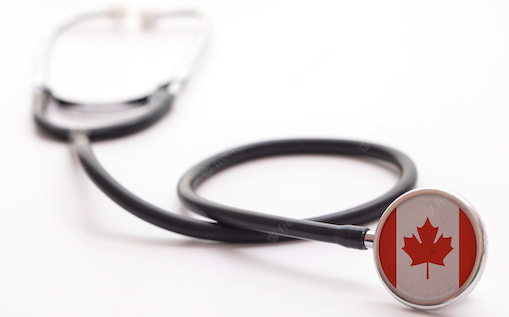 Just as the brain is an organ that sometimes needs a little healing, with some help, like the rest of our bones and organs, our mental health is something to be taken as significantly as a broken bone.

The understanding of the body is complex, especially regarding the brain. However, this should not mean organisations intended to protect and those supposed to care as a job should lose compassion.

A blog post from a young activist shares the actual payments needed for essential services and living accommodations and how much disability payment is.

What being on Disability payments can and can’t afford-

From terrible Depression and suicidal thoughts to having something like Schizophrenia and people on months-long waitlists to get even a publicly funded session or weeks to get privately funded care which costs at least $200 per session or more.  (£130.43) For example, a place to rent with just one bedroom in the Greater Toronto Area (the greatest population area in Canada) is $2,000 a month. (£1,304.34)  Disability benefit payments are about $1,200 monthly, about £652 in pounds.

Even though the average disability payment in England for someone with reduced ability to work due to disability is £600.96, this isn’t a lot of money when it comes to expenses, just to pay for medication or to get fuel for going groceries shopping.

Now with the Canadian Government’s extension of MaID to mentally struggling and disabled people, often vulnerable and struggling enough, they are almost given no choice but to use it, with a lack of other solutions, making it a eugenicist act.

Put simply, Eugenics is the scientifically wrong and immoral theory of “racial improvement” and “planned breeding,” which gained popularity during the early 20th century. Eugenicists worldwide believed that they could perfect human beings and eliminate so-called social ills like disability, both mental and physical, through genetics and heredity. It was the practised theory of Adolf Hitler and his many reasons to order the deaths of many for being ‘unclean’ races, religions and disabilities.

Modern-day Eugenics include wanting the culling of LGBT+ people, those living with disabilities and people of colour.

The guidelines for MaID are straightforward. One such rule states that a person has to ‘Have made a voluntary request for MAID that was not a result of external pressure’.

Personally, I would, as would many others since this law was extended, say that makes ethics surrounding MaID a eugenicist act when it comes to the external pressures of lack of affordable housing and living with a disability which it was in no way designed for.

Even with some practitioners refusing to sign off on a request for assisted death, guidelines for MaID state, ‘Federal law does not compel nurse practitioners or physicians to assist a patient in dying or to refer a patient to another medical practitioner.’

However, it is also noted that ‘Several provincial regulatory authorities have issued guidelines that strongly encourage medical practitioners unwilling or unable to provide MAID to refer their patients to other institutions or providers. Others require a transfer of care or referral. In Ontario, for example, objecting providers must make an ‘effective referral to an available, accessible physician or agency willing to facilitate a request for assisted dying.’

Examples of the misuse of the MaID law extension-

Marina, 21, who has severe Depression, was even told by her doctor that she was eligible for MaID, suggesting she could legally kill herself if she wished to.

Amir Farsoud, 54, said his rented accommodation would be going up for sale, leaving him and two other people with the threat of homelessness; he shared that he didn’t know if he had a choice, realistically.

“It would be on my radar because my physical condition is only going to get worse,” added Farsoud. “At that point, I would be probably availing myself of the option, but that would be presumably years down the road.”

Sometimes, Farsoud’s pain is so unbearable he says he cries like a child, and much of his day is just pain management. However, Farsoud said his quality of life is not the reason he is applying for MAiD. He applied because he is currently in danger of losing his housing and fears being homeless over dying. “It’s not my first choice.” he says.

Farosud also takes medication for depression and anxiety. “I wouldn’t survive it anyway. It wouldn’t be at all dignified waiting, so if that becomes my two options, it’s pretty much a no-brainer, (To choose death),” said Farsoud.

Dr Kerry Bowman, a bioethicist from the University of Toronto, said this is not what MaID was designed for.

She says that “cases like (Farsoud’s) are emerging with increasing frequency.” he believes that it is incredibly naive to think the nation could parcel problems like vulnerability, disability, and poverty and will never be their problem, yet it has been one.”

She worries both medically and in the representation of the socio-political state of Canada’s services.

It isn’t just people who need to use MaID for a debilitating illness that reduces their quality of life, but those who are facing the threat of homelessness, with no one to help them feel secure in having a quality of life that would be better than just eating what little they can claim from foodbanks while accessing supportive mental health services, and feeling valued, rather than feeling that medical death is better to escape their circumstances.

Circumstances that are “backwards” could be solved so that MaID doesn’t feel like the only choice for people like Farsoud.

In a first-world, commonwealth country like Canada, this is a terrible thing to find happening to the vulnerable, regardless of age, simply because they might be experiencing food poverty or homelessness.

Legally choosing to die shouldn’t be the only choice for people living with the threat of poverty and lack of mental health services and support in general.

Legally choosing death because of poverty shouldn’t be why people are pushed to consider MaID.

The Dark Side of Cosmetic Rhinoplasty