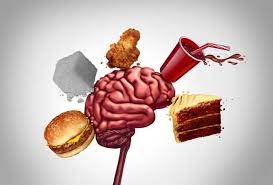 From 2008 to 2017 the study was carried out and analyzed from December 2021 to May 2022. The subjects were 35 to 74-year-old public servants from 6 different Brazilian cities. Scientists made sure to exclude individuals with already incomplete or extreme diet or mental data. In three waves, about four years apart the individuals were exposed to ultra-processed foods that were split into quartiles based on the percentage of their daily total energy received by those foods.

Meaning, there is an association between these two variables. However, it is important to note that association is not a correlation, so it does not imply causation. Adding on, Science Media Centre points out that cognitive decline is expected with age. Rather than ultra-processed foods causing the decrease, it more adds to a person’s already deteriorating cognitive ability.